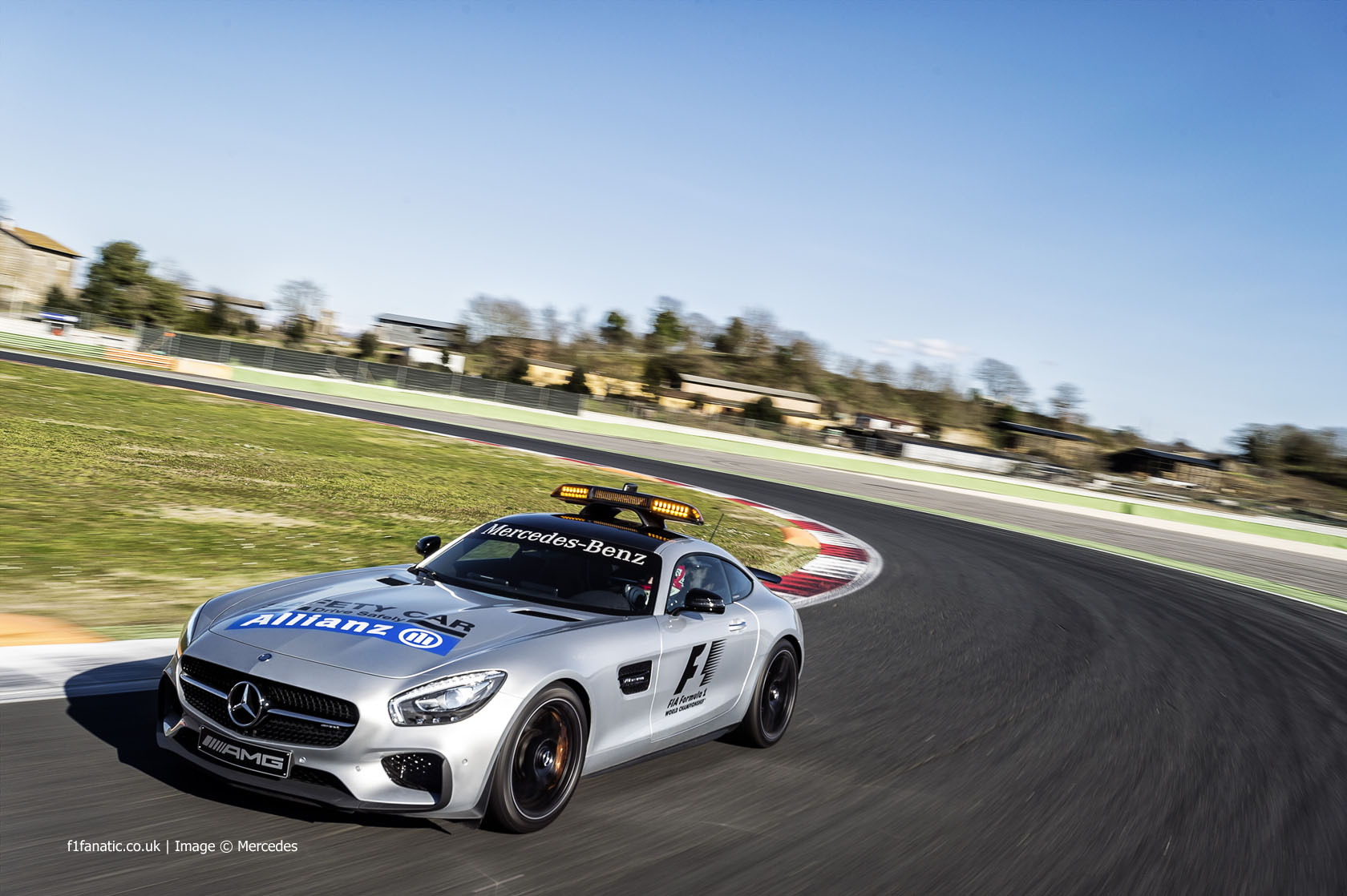 Formula One won’t just have a new Virtual Safety Car in 2015 – the Safety Car itself is being replaced with a new model.

The Mercedes AMG GT S will replace the SLS AMG GT which has been in use since mid-2012. The twin-turbo V8-engined GT S produces 510bhp, which is around 80bhp less than its predecessor.

Former DTM driver Bernd Maylander will remain at the wheel.

Mercedes has been the official supplier of F1’s Safety Car since 1996, when a C36 AMG was the model of choice.