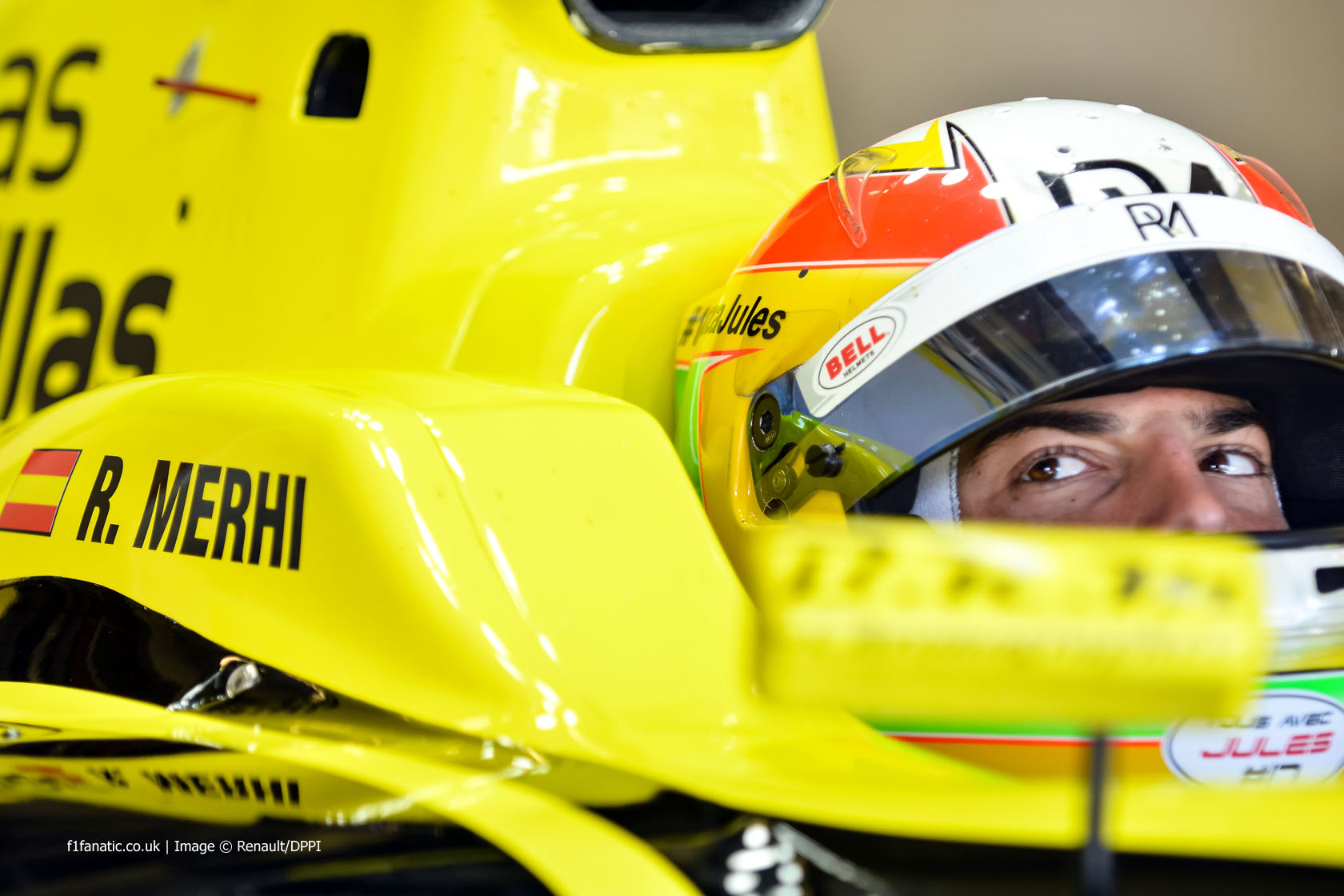 The team said Merhi will drive for them in “the opening rounds” of the 2015 campaign.

“I am incredibly excited to be making my Formula One debut with Manor Marussia F1 Team in Melbourne this weekend,” said Merhi. “It is a big responsibility but I feel ready to make this step in my career and to show that I can make an important contribution to developing a team.”

The 23-year-old from Benicassim won the European Formula Three championship in 2011. Following an unsuccessful two-year spell in the DTM he returned to single-seater racing last year and fought Carlos Sainz Jnr for the Formula Renault 3.5 title until the final round of the championship.

Merhi also raced against new team mate Will Stevens in the series. Last Wednesday Merhi was confirmed for a second year in the category with the Pons team.

Manor has also announced Jordan King as their development driver. King, who will race in GP2 this year, is the son of the team’s interim chairman Justin King.