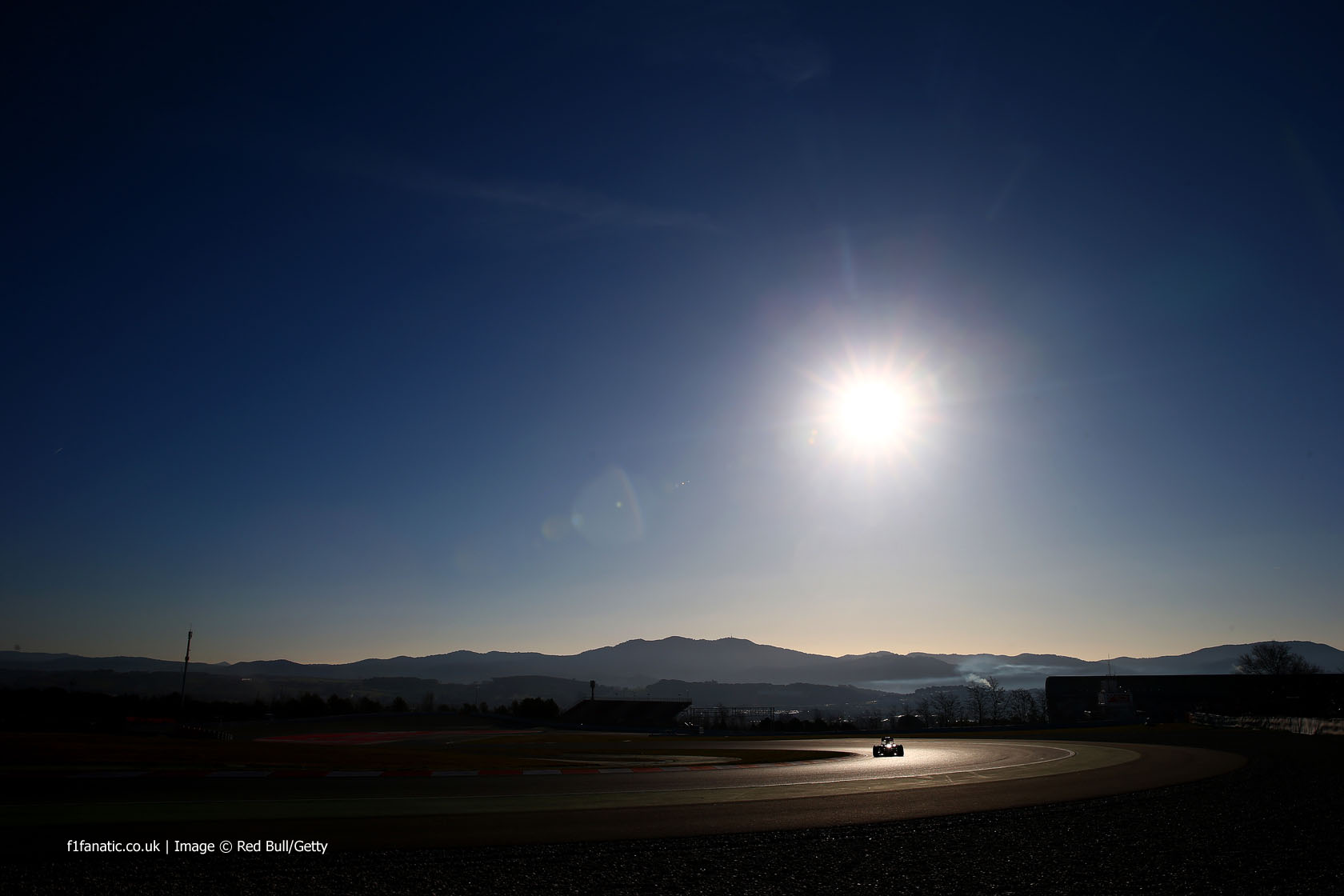 With the first practice session of 2015 just hours away, here’s your essential guide to the season ahead.

It will be hard for Mercedes to improve upon last year, when they took 18 pole positions and 16 wins from 19 races. But with better reliability from their W06 it’s not beyond the realm of possibility.

Stung by their first championship defeat since 2009, Red Bull has turned up the heat on Renault to close the gap to Mercedes, and played a stealthy hand in pre-season testing. Not to be underestimated.

Williams’ form has fluctuated wildly in recent seasons. But having enjoyed a winter of stability and with the benefit of F1’s best power unit they have a chance to build on last year’s strong showing.

Fernando Alonso spent five years in the pressure cooker environment of Ferrari, but 2014 was one disappointment too many. Sebastian Vettel has stepped into the breach and believes the team has made real gains over the winter.

McLaren believe their new Honda package has great potential, and their rivals are wary of the threat they may pose later in the season. But they’ve got a lot of ground to make up and Alonso’s enforced absence from the first race is a setback they didn’t need.

The VJM08 appeared late – on the second day of the final test – but has run reliably. With a consistent and proven driver line-up, Force India can be expected to resume their usual pace in the thick of the midfield action.

Two rookie drivers and a target of fifth place in the championship sounds like a recipe for disappointment. But Max Verstappen is widely touted as the next big thing.

The team expect to make a leap forward after switching to Mercedes power. But that’s unlikely to mean a return to their race-winning form of 202 and 2013.

Legal action from Giedo van der Garde may force the team to eject one of its other two contracted drivers for the season-opener, a development which has thrown fresh light on the dire financial situation some F1 teams are in.

There is an immense amount of goodwill for the team which used to be Marussia. But the late arrivals to the championship missed testing, making the challenge of getting two dated cars on the grid with a pair of inexperienced drivers even more daunting.

November’s Mexican Grand Prix will mark Formula One’s return to the country following a 23-year absence. The Autodromo Hermanos Rodriguez nestles in the sprawling metropolis of Mexico City, home to over 21 million people.

The track is being completely revised from the version which was used when Nigel Mansell won the 1992 race. The loss of the mighty, 180-degree Peraltada is what we’ve come to expect from modern track design, but the limited scope for adjustment in a parkland circuit tightly bordered by public roads made it inevitable.

The altered circuit will hopefully retain some of the character of the original which often produced dramatic races. Regardless, expect a big crowd to turn out in support of Sergio Perez, who is set to become the first Mexican driver to start his home race in 45 years.

The rest of the calendar is unchanged from last year, with the exception of the German Grand Prix. It is remarkable that a classic race such as this one should find itself in this position at all, and that the schedule should be in doubt at such a late stage. The race was due to rotate from the Hockenheimring to the Nurburgring as usual, but the latter’s financial troubles have thrown that into jeopardy.

As far as driving talent at the sharp end of the grid is concerned, F1 has seldom been in better shape. Five world champions sharing a total of ten titles occupy this year’s grid.

But the interesting development last year was that the second, third and fourth positions in the championship were all taken by drivers who are yet to win titles – indicating the high standard of ability among F1’s new generation.

Lewis Hamilton heads into the new season as favourite to claim what would be his third world championship crown. Here’s where all the current drivers finished in previous seasons:

Fans worldwide reveal the cost of watching F1 in 2015 – How much are you paying to watch F1?

Who will win the battle of the team mates in 2015? – Give your verdict on the contests within each team