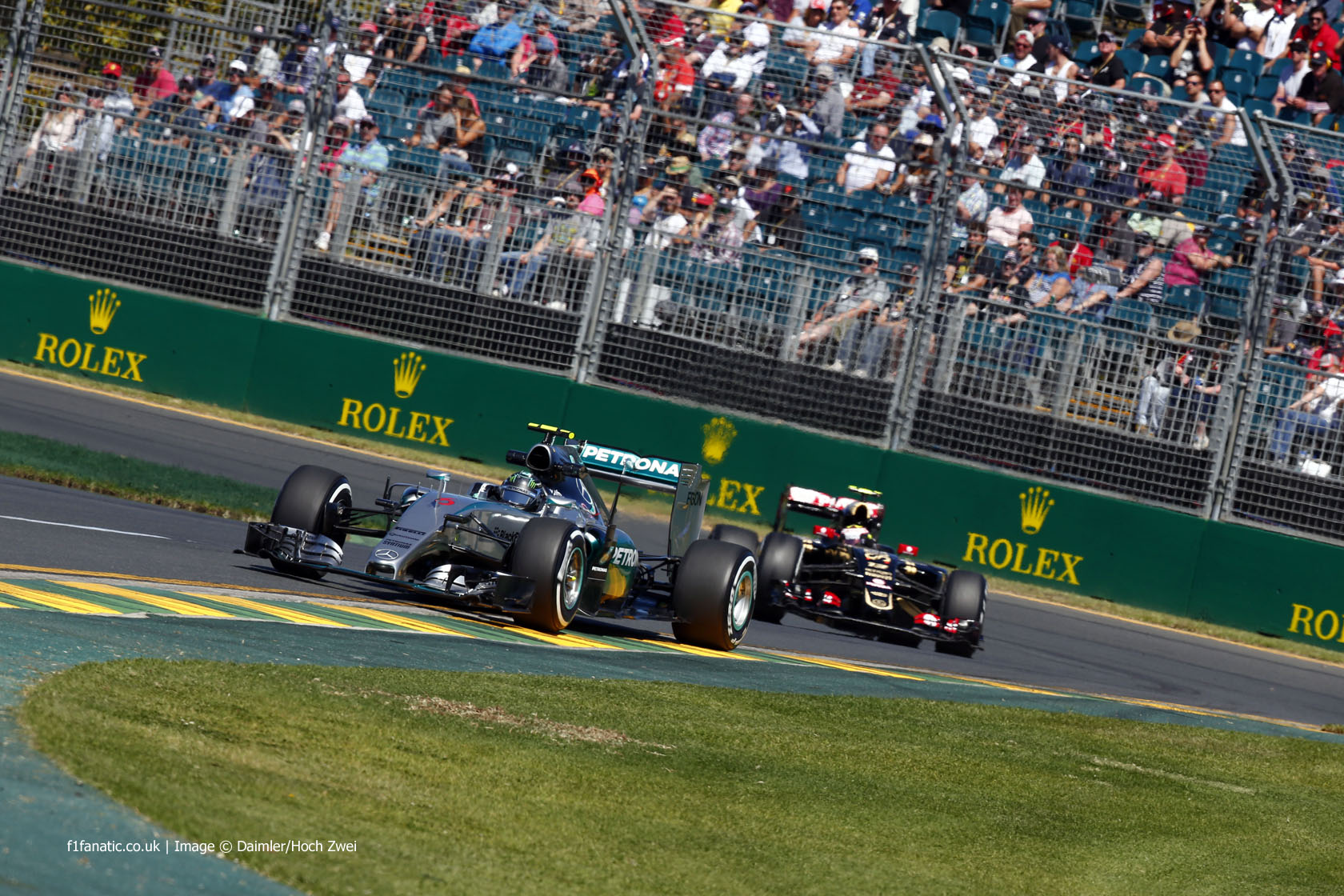 Just 16 cars participated in the first practice session of the 2015 season as neither of the Manor or Sauber cars ventured out of the garage during the opening 90 minutes of running at Albert Park.

Sauber drivers Felipe Nasr and Marcus Ericsson were grounded amid ongoing legal wrangles at the team. Yesterday an Australian court upheld its decision that Giedo van der Garde should drive for the team in the opening race of the season.

All was quiet at Manor as well, where the team admitted on Twitter they were “not expecting our first morning to be plain sailing” as “today is effectively our first day of testing”. Both Roberto Merhi and Will Stevens watched practice from the garage.

Of those who did take to the track, Mercedes were comfortably the quickest. Nico Rosberg reeled off a lap of 1’29.557 in the opening minutes of the session which still stood as the quickest time when the chequered flag came out.

Team mate Lewis Hamilton lapped within three-hundredths of a second of Rosberg’s mark, but no one else got within a second of the two W06s.

Valtteri Bottas led the charge for Williams, and deftly caught a momentary slide at turn one as the back end of his FW37 stepped out. Felipe Massa ensured both Williams cars were in the top ten.

The two Toro Rossos were between them as Melbourne newcomers Carlos Sainz Jnr and Max Verstappen completed over 30 laps apiece – the two STR10 drivers covering more than a race distance between them.

Daniel Ricciardo crept into the top ten after a minor spin at the penultimate corner in his Red Bull.

McLaren’s frustrating start to the season continues as Jenson Button and Kevin Magnussen, substituting for Fernando Alonso, failed to run for much of the session.

Romain Grosjean’s Lotus also spent most of practice in the pits due to a problem with the underside of his Lotus. He set a slow lap at the end of the session when the drivers took to the track to carry out an evaluation of the new Virtual Safety Car procedure.