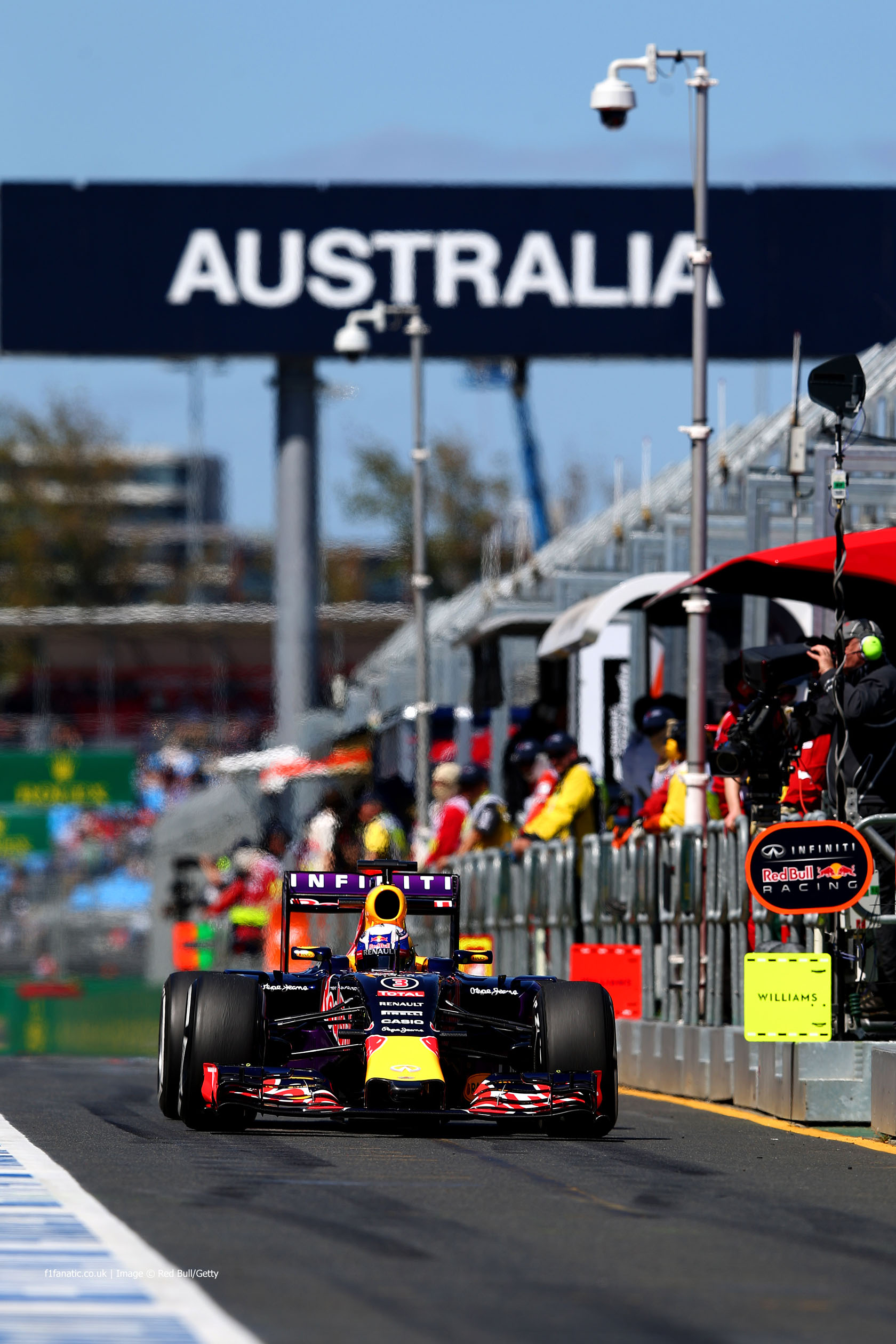 Daniel Ricciardo expects he will be able to re-use the power unit which had to be replaced after today’s first practice session.

As drivers can only use four power units this year, losing one at such an early stage would be a significant setback.

“A problem with the ICE [internal combustion engine] meant we couldn’t run in FP2, but it’s a problem that we can fix for tomorrow<" said Ricciardo. "There’s a lot of time to do what we need, so there’s no concerns – it wasn’t worth rushing it to get five laps this afternoon. We don’t believe it will affect one of the four engines, so it’s not a massive shot in the foot." Ricciardo only completed nine laps in the first practice session, leaving him on the back foot ahead of his home race. "I will look at what Daniil [Kvyat] learnt in FP2 to get a direction for tomorrow,” he said. “The circuit felt pretty rubbered in already in the morning so I should be able to get up to speed tomorrow.”

“I’ve got to get these ants out of my pants now – I’m hanging out to drive! It’s been a bit of a tease all week, talking about driving, and now I just want to get out there.”