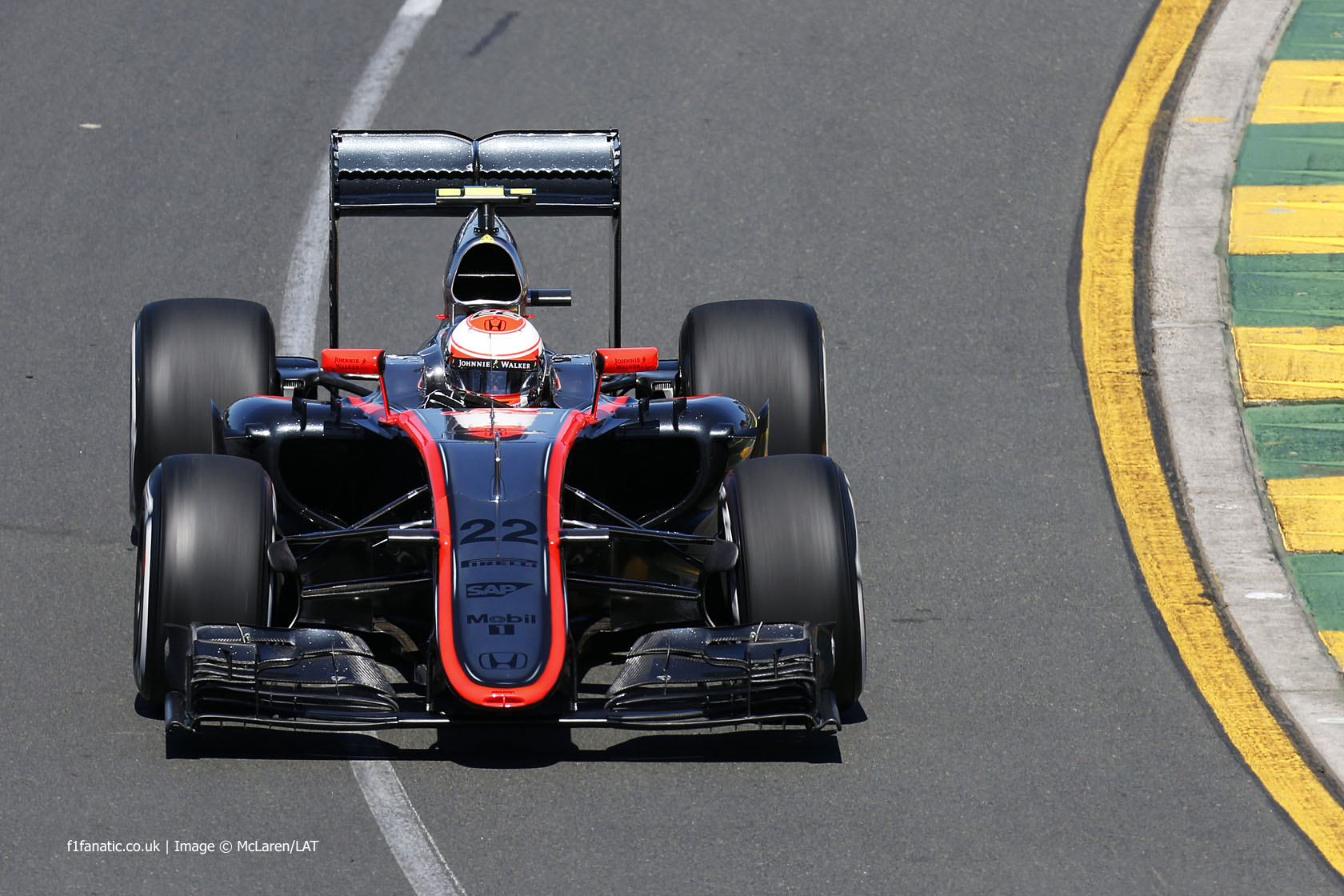 After qualifying on the back row of the grid for the Australian Grand Prix Jenson Button admitted McLaren’s chances of even finishing the race are slim as he is yet to cover more than 12 laps in a row.

A similar run tomorrow would barely see him past one-fifth distance in the 58-lap race.

“It’s going to be a really difficult race for us,” said Button. “We haven’t done a race distance yet, and my longest run is 12 laps – but we want to do the best we can because there’s so much learning to be had.”

Button said the team’s poor performance in qualifying, in which they were slowest of the 18 cars which set times, “wasn’t a surprise for us”.

“We knew from winter testing that the pace wasn’t there, so we knew we weren’t going to be competitive here.” Button’s quickest time in Q1, set on soft tyres, was 2.8 seconds slower than Mercedes managed on medium rubber.

“Unfortunately, today’s higher temperatures didn’t help the conservative data mapping settings that we chose to run this weekend.,” he said. “From the outset, we took the decision not to gamble any engines away in the opening race, so there’ll be more to come from us.”