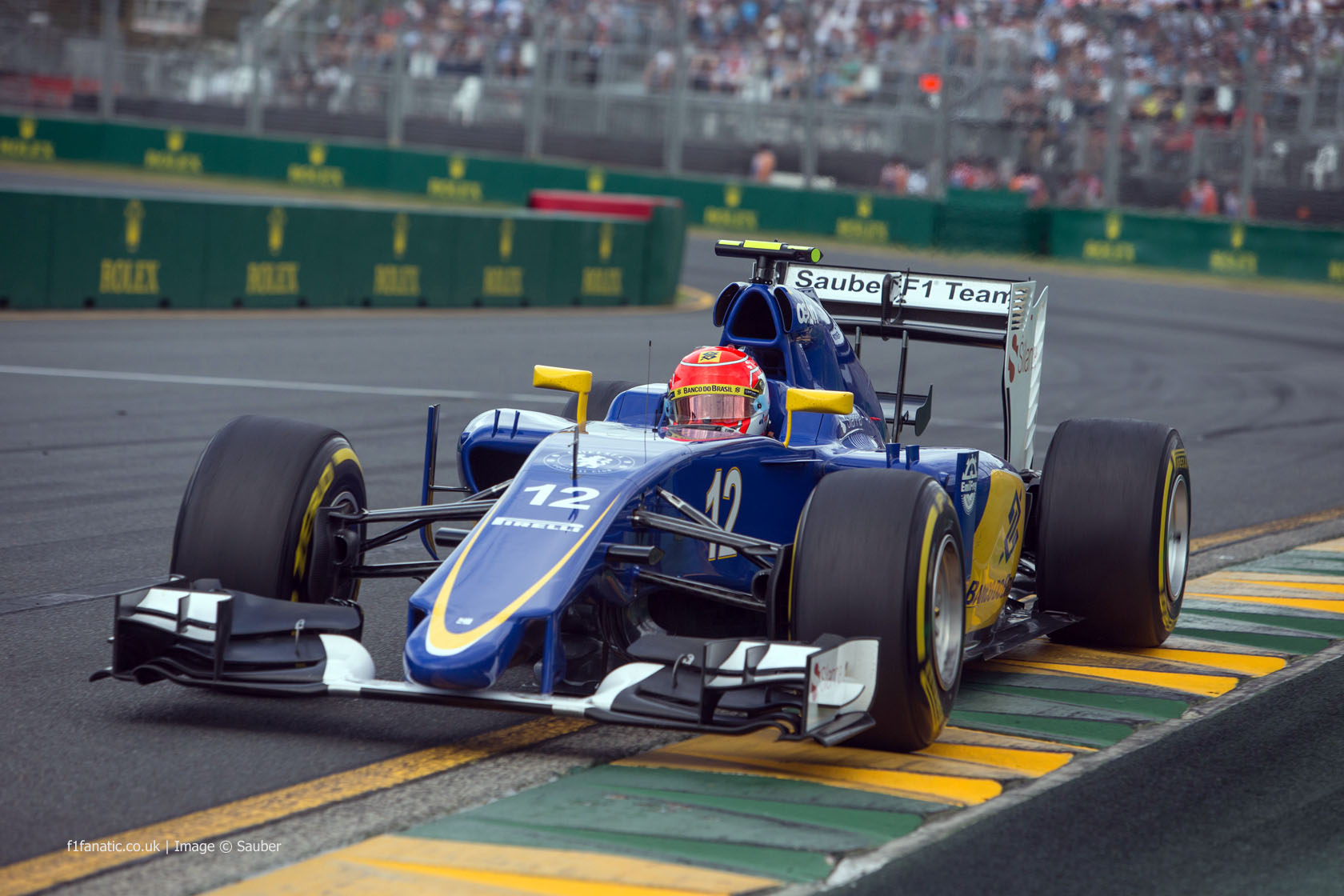 Felipe Nasr said he would have benefited from more time to learn the Albert Park track had he not been forced to miss first practice yesterday.

Neither Sauber drove during the opening 90 minutes of running in Melbourne due to a legal action brought against the team by former driver Giedo van der Garde.

Nasr did his first laps of the track during second practice. He beat team mate Marcus Ericsson in qualifying and came within a tenth of a second of reaching the top ten shoot-out.

“As a team we can be happy that we nearly made it into Q3,” said Nasr.

“Missing FP1 on Friday affected the performance of the car to a certain extent, and I also had less time getting to know the new track in Melbourne. All in all I am satisfied with the result and I am looking forward to the race.”