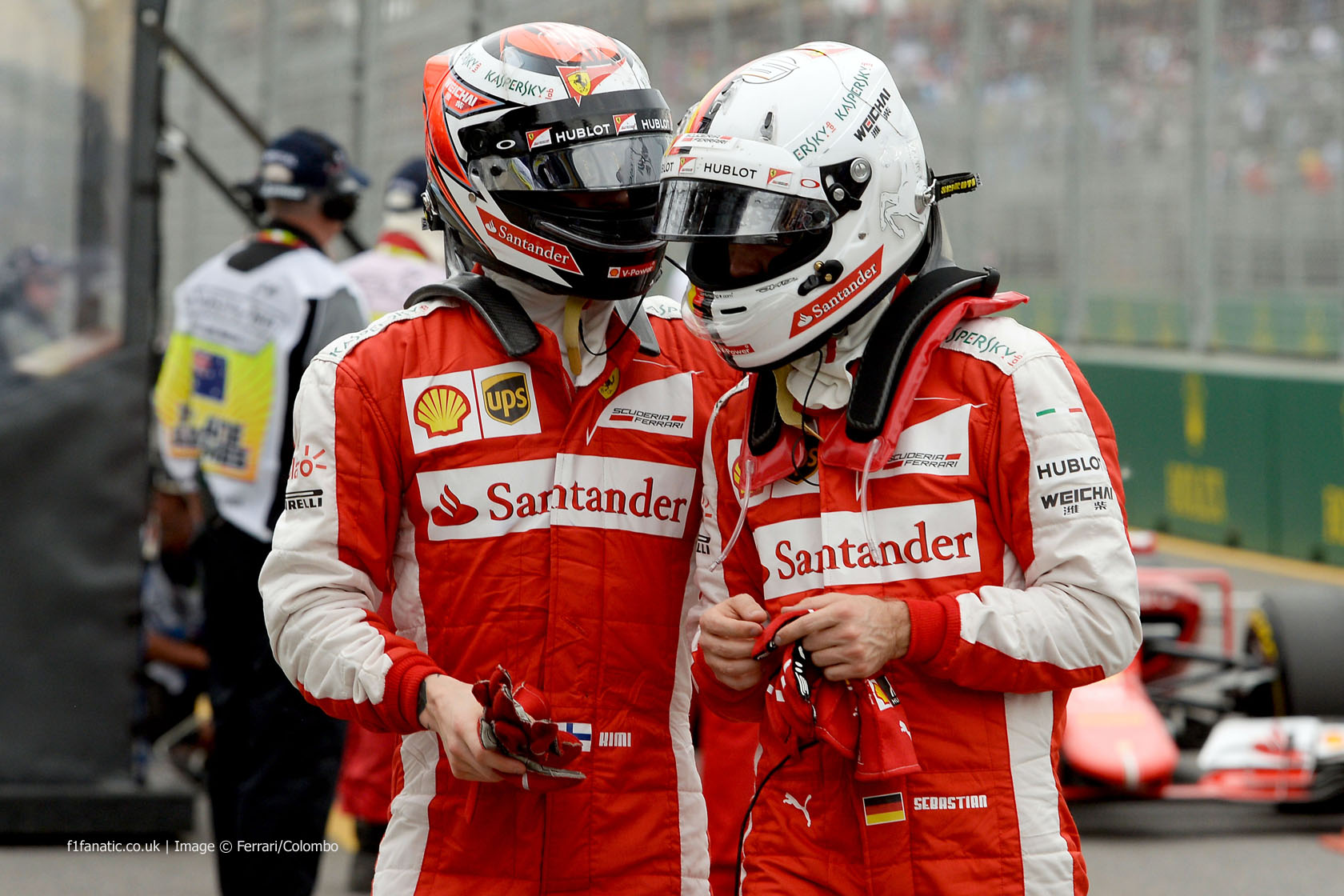 Both Ferrari drivers believe they could have beaten Felipe Massa to third place in qualifying for the Australian Grand Prix.

Kimi Raikkonen and Sebastian Vettel both qualified within a tenth of a second of the Williams driver and believe their was more time in the car.

“On my quick lap, I lost around three tenths at turn three and then I made a couple of mistakes in the next two corners,” said Raikkonen.

“We knew we couldn’t fight the Mercedes, at least not in today’s qualifying, but third place on the grid was possible.”

Vettel said it was “a shame that third place escaped us, as that would have made us the first team behind Mercedes”.

“We lost third place because my first run wasn’t quick enough. I’m not very pleased with myself, because there was still some performance to be found, which would have meant I’d have qualified one place higher.

“In terms of strategy, maybe we could have done something different, but basically the result is down to me.”

90 comments on “Raikkonen & Vettel say Ferrari could have taken third”