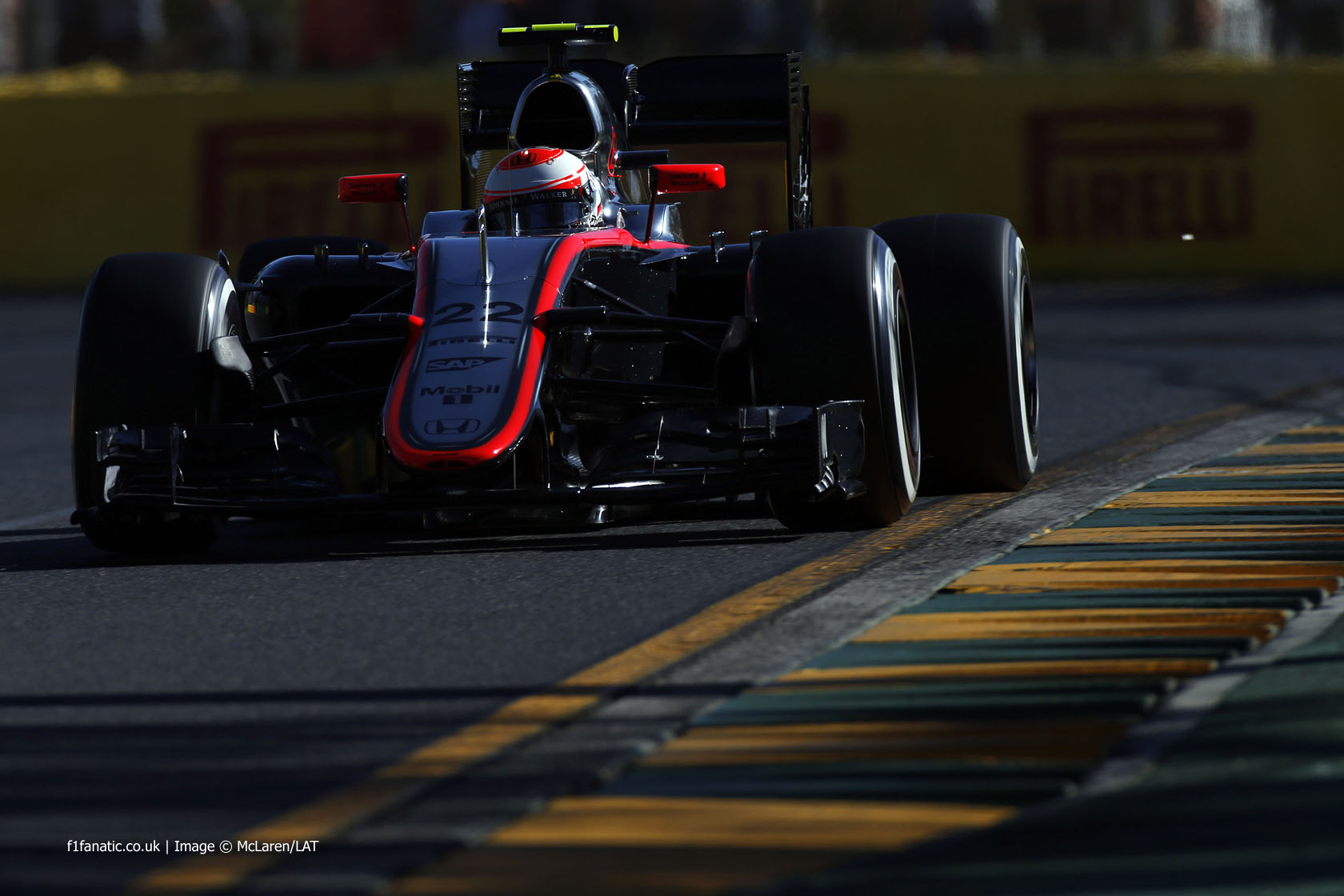 Jenson Button was relieved to see the chequered flag in the Australian Grand Prix and hopes his performance will allow the team to be more competitive at the next race in Malaysia.

Button was last of the 11 runners at the end of the race but said was untroubled by a point-less start to the year.

“Points don’t really mean anything anyway to us right now,” he told reporters after the race, “there’s so much more to achieve and to do really before we’re major competitive”.

“But a good day for us to get to the end. As I said before the longest stint we’ve done was 12 laps before this weekend. I think that’s pretty impressive.

“We’re obviously a long way off but still, it’s a good starting point. A lot of fuel-saving in the race as well, it was pretty tough for me out there but I still enjoyed it. Had a little bit of a battle at the start of the race for about 20 laps with Perez which was quite fun, didn’t expect that.

“And then I was just bringing it home. There’s a lot of useful data that can help give us a big step forward in Malaysia.”

Button said the car “doesn’t feel too bad” but admitted the team’s development effort had affected its balance.

“There’s so much that we’re doing with it, which hurts the handling, to look after fuel and look after the car,” he said. “But a good starting point and hopefully a big step in Malaysia.”

52 comments on “Button targets “big step in Malaysia” after finishing”