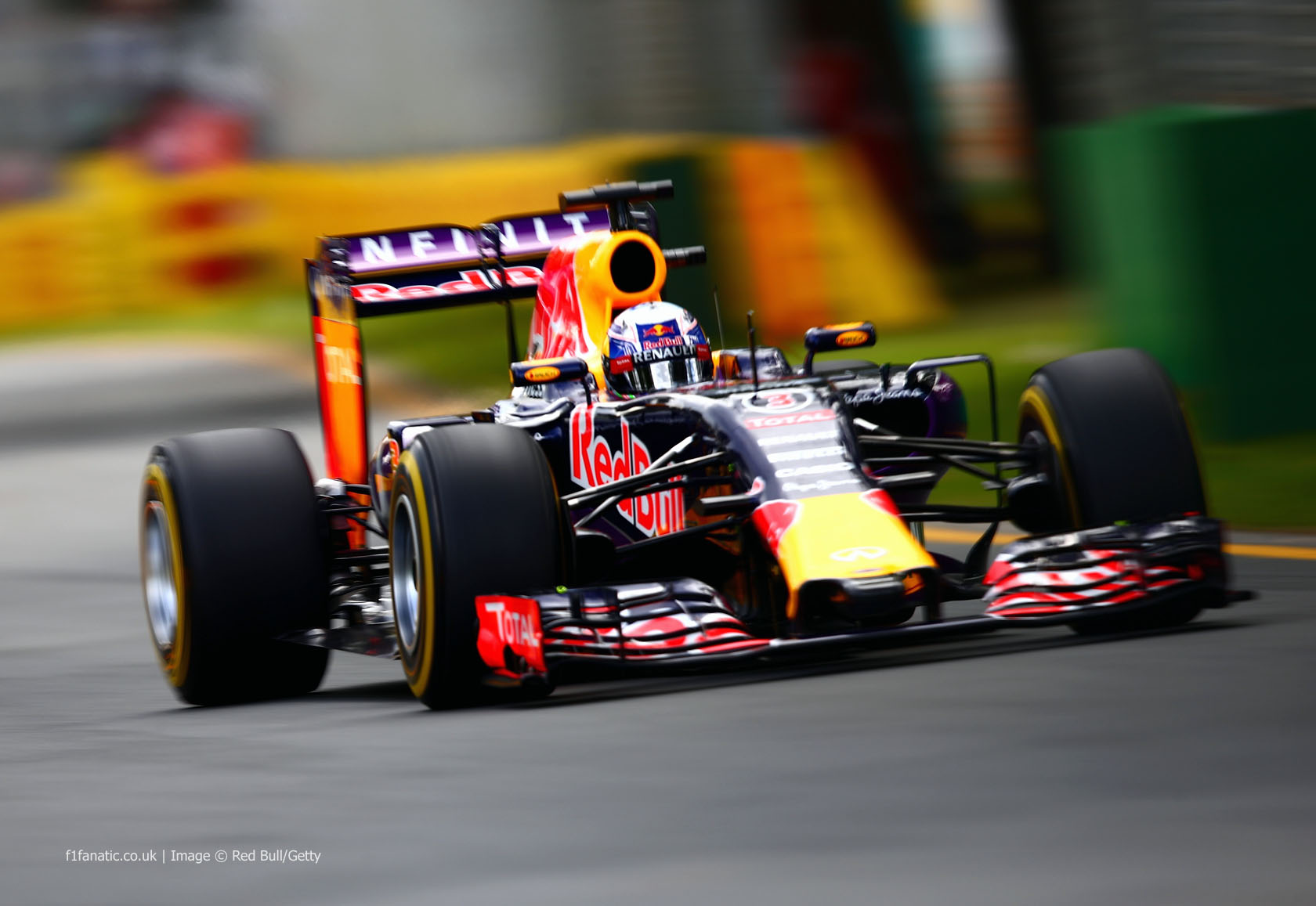 In the round-up: Adrian Newey says he is frustrated by the lack of progress Renault has made with its power unit.

No light at the end of the tunnel for Red Bull engine woes, says Adrian Newey (The Telegraph)

"It’s very frustrating that we’ve been pushed into a position where we’ve got an engine which is quite a long way behind with no obvious light at the end of the tunnel with all sorts of failings."

"So fractured had been Red Bull's build-up to qualifying that new driver Daniil Kvyat said he was 'guessing not driving' as he fought for grid positions."

"If your objective is to win a World Championship, you have to have a strong OEM (original equipment manufacturer) behind you which has the technology and capability to produce a winning engine – and that’s what Honda has, they’ve proven it many times."

"We cannot lose the engine in the first race, so our data set is very conservative for the weekend, so that's the reason why we are down on power with the MGU-K and the engine itself."

"Yes, absolutely I would be happy to change the prize-money distribution if everyone agreed to it but it’s not going to happen."

"It’s a shame, it’s going to be a painful race… but we’ve got to be up there trying to take every opportunity that comes up for us."

Fed up with Bernie Ecclestone’s F1 circus? Then take a look at Le Mans (The Guardian)

"Le Mans racing retains both the human approachability and the technological value long since lost from F1."

Love overnight F1 when you can get up when you want, fast forward through all the fluff and get straight to the action!!

This should cheer @JensonButton up. Tough start to the season but got everything out of what we had. pic.twitter.com/rH2AV0NV2T

HAM stood at the back at Toto Wolff's media session, said he was from the Daily Mail, and asked difficult questions about contracts @Theoddkiwi is at the track this weekend and reckons the cars sound louder now:

I was in the Jones stand at turn one. Last year the cars coming down the straight could sneak up on you. But this year you can hear them coming both down the straights and out of the pits. You can hear them for longer after the have gone past too. Its actually the perfect volume as its loud enough to excite but you don’t need earplugs, so kids can enjoy it more.

The crowds is good, maybe up on last year too so last years sound didnt kill the crowds either. Me and my 10-year-old son really enjoyed the the cars today. The crowd was really engaged too.
@Theoddkiwi Two years ago today McLaren were ruing “one of their hardest days” after a tough start to the 2013 season. But yesterday was surely even harder…

54 comments on “Renault engine has “all sorts of failings” – Newey”