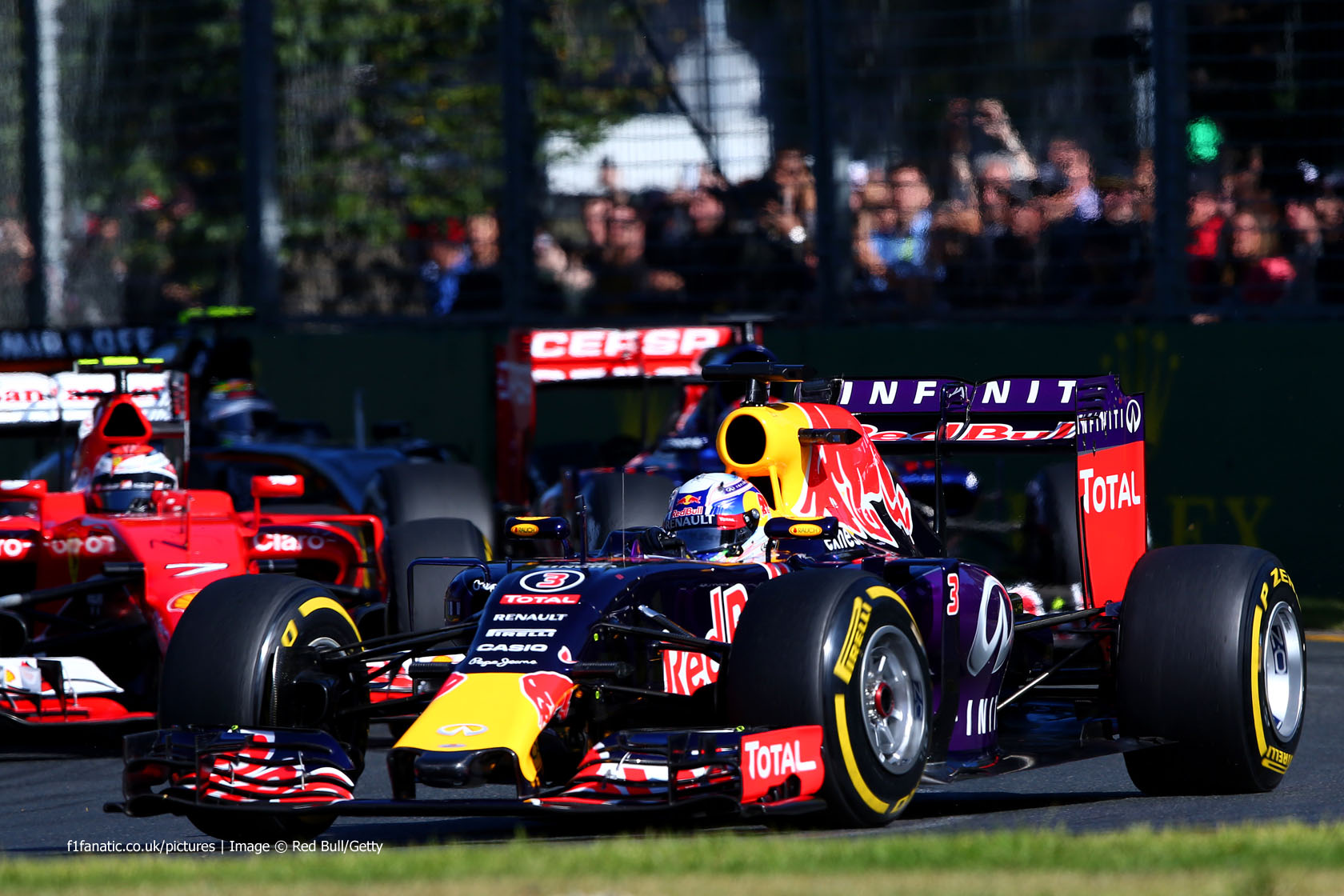 In the round-up: Red Bull urge the FIA to change F1’s rules to cut Mercedes’ performance advantage, as they argue happened when they won championships between 2010 and 2013, while rumours suggest Dietrich Mateschitz is considering selling the team.

"The FIA, within the rules, have an equalisation mechanism; I think it's something that perhaps they need to look at."

"If we are totally dissatisfied we could contemplate an F1 exit."

"Bernie Ecclestone has been telling people that such a scenario (Red Bull leaving F1) is in the works."

"If you come into Formula One, try to beat each other and perform at the highest level and then you need equalisation after the first race - you cry out after the first race - that’s not how we’ve done things in the past,' he said. 'I think 'Just get your f****** head down, work hard and try to sort it out'.' Quickly clarifying his remark, (Toto) Wolff added: 'I didn't mean the f-word in relation to him (Horner).'"

"I feel a bit for the fans. It was a boring race. It was frustrating."

Williams will not put Susie Wolff in for Valtteri Bottas (BBC)

"Claire Williams said (Susie) Wolff would not be under consideration - although she refused to confirm the likely deputy."

"We're pushing hard with the engine which I'm sure has some improvements that we can have and are pushing to have, because for sure the difference is too big. So I really hope that we really have the same engine, which I really don't see why we don't have."

Yes all your comments I understand I hope your voices are listened to f1 is the greatest motor racing sport .But we need more teams .

Really shocked & disappointed to see the STR left abandoned trackside after it retired. Never thought I'd see that again after Suzuka 2014.

Dissapointing to not race today.. Some rehabilitation work now – can't wait to be back in Malaysia! Thanks for all the support you all! #77

Before people moan too much about their respective power plants they should remember that the sport is…. Motor Racing! Quaint, but true.

Well that was disappointing, on to the next one, good night everyone #AustraliaGP

There was quite a lot of negativity around yesterday but one positive story line to come out of it was an excellent fifth place for Felipe Nasr on his debut:

The distance to Ericsson was proof of the pudding. If Bottas can’t race in Malaysia, then surely Williams would want their previous development driver back, to match him against Massa in a race situation (to test for replacing him once he retires), while Sauber would be very obliging as this gives them a chance to run van der Garde/Ericsson and dig themselves slightly out of a legal hole (or securing better terms with van der Garde).

This might be quashed if there is some substance to van der Garde/McGregor taking an equity stake in the team and the matter is already settled.
Iestyn Davies (@Fastiesty)

Tom Pryce won the non-championship Race of Champions on this day 40 years ago at the wheel of a Shadow. John Watson finished second ahead of Ronnie Peterson in the Brands Hatch race.