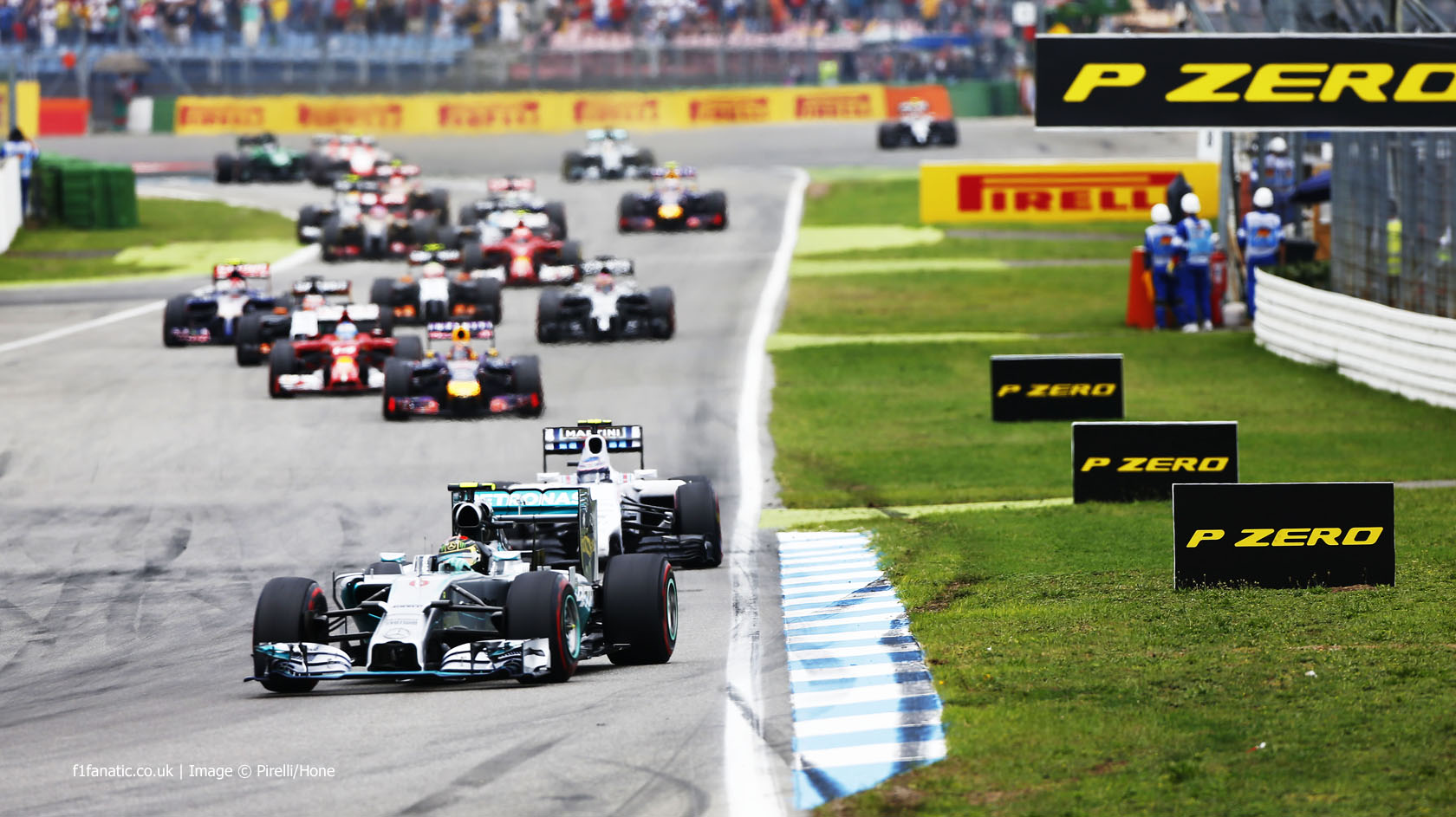 In the round-up: There will be no German Grand Prix this year after talks to move the race to the Hockenheimring failed, leaving just 19 races on the 2015 F1 calendar.

Hockenheimring chief Georg Seiler says the circuit will not step in to take over the running of the German Grand Prix which was supposed to take place at the Nurburgring this year.

Hamilton: I'd beat any driver in the same car (The Telegraph)

"Back then he had no-one behind pushing him. At least I've got my team-mate, who I was really racing. I don't remember that ever being the case (with Red Bull)."

"It’s understood that the figure involved is €15m (£10.8m), a substantial sum given the obvious financial predicament of the team."

"Obviously, we ran out of time in Australia but the confidence levels are pretty high that things should be a lot more normal by the time we get to Kuala Lumpur."

"Twenty days before free practice, Marussia’s assets were still up for sale. Crucial car-running information had been wiped from hard drives and parts of the car packed away ready for a sort of high-end Bargain Hunt."

"It's good for the sport because it shows how hard everyone is pushing and it shows that they are pushing really, really hard. It should be about levels of technical excellence and levels of operational excellence and that's what they've attained at the moment."

"Just look at some parts of the lap times, just look at the speed. At the end of last year, we were maybe 10, 12, 15kph quicker than Ferrari. Now they are similar, maybe even a little better than us."

What will Ron Dennis think about? (Minardi)

"I’d like to know what will happen in the next few days and, above all, what Ron Dennis will say; he has always been very critical in the past with small teams that were racing to 2-3″ from the pole. According to him, they were not worthy to occupy the starting grid!"

"Every time somebody dominates, everyone else whinges; Horner forgets it was the same when Vettel trounced everyone for four years in a row – winning nine races on the bounce in 2013 – in the days when you never heard Horner suggest that Red Bull’s continuing success was bad for the sport."

No Hockenheim 2015! CEO Georg Seiler tells BILD:"We're not expecting to host the race this year,just not not enough time to sell tickets"

Spotted at #MTC: Fernando’s in the house today and will be in the simulator tomorrow. pic.twitter.com/5hKT8HfkZf

Anyone else notice the wolf whistle heard over the F1 world feed when the camera lingered on Carmen Jorda in the garage last weekend?

Dear sauber. Please can I have a few million not to drive for you :).

The phrase ‘sour grapes’ came up a few times yesterday in response to Red Bull’s threat to quit F1 and demand for a rules change to equalise performance between the cars. Here’s another view:

You can see the difference between a ‘race team’ and a ‘marketing team’.

The first wants to battle all the time even when they are last, because they want to show everyone that they have the passion and capacity to become better and beat the best team out there now. The last just want to be in the sport and are only happy when they are winning and making money.

So yeah, I can’t agree anything with Red Bull because they don’t represent the true spirit of this sport. And if Ecclestone decides to back up Red Bull on this equalisation madness, F1 loses even more of what it really means.
Key (@Key75)