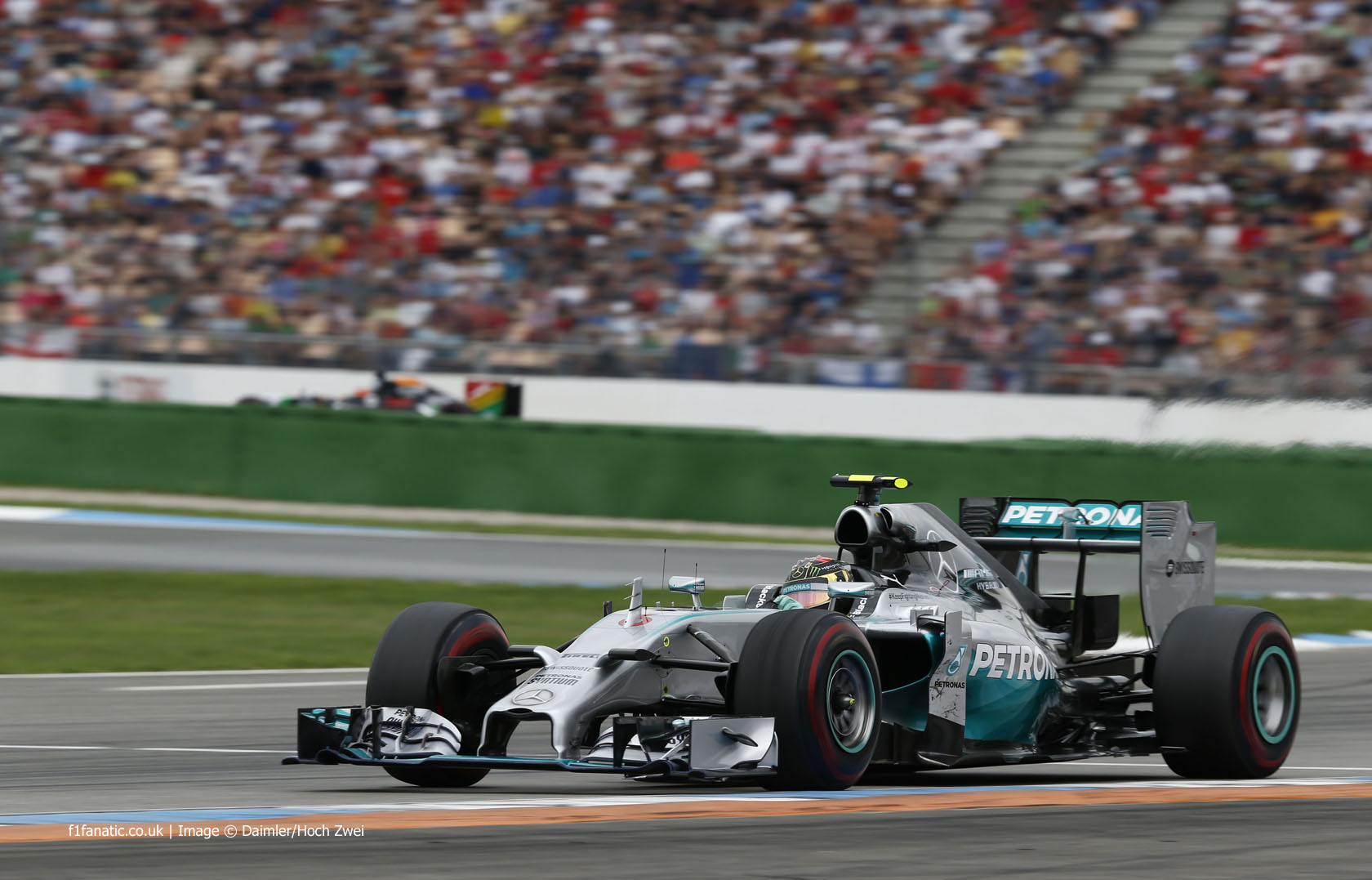 In the round-up: Mercedes tried to help save this year’s German Grand Prix.

"Mercedes offered to pay 50% of any potential loss in a vain attempt to save the German Grand Prix."

"The old (contract) was a disaster for us from the commercial point of view. After 2016, bye bye."

"The massive step just allows you to be in a position with the powertrain to score points and then to really grab the opportunity."

@f1fanatic_co_uk Getting a visa will be fun for Austin. Remember they turned Sauber engineer Mehmi Ahmadi away back in 2007….

@f1fanatic_co_uk No driver in history has been funded so heavily (albeit indirectly) by a government. £35m a year !!

Could everyone stop pretending that the entire period from 2010 to 2013, a period which saw some of the closest and most competitive racing ever in F1, was simply one of uniform “domination”?

That word does not actually mean “When a team I don’t like is winning”, which is the way everyone keeps using it.
RM

The Caption Competition winner will be chosen tomorrow so add your suggestion here if you haven’t yet:

Jackie Stewart won the Race of Champions on this day 45 years ago ahead of Jochen Rindt and Denny Hulme.