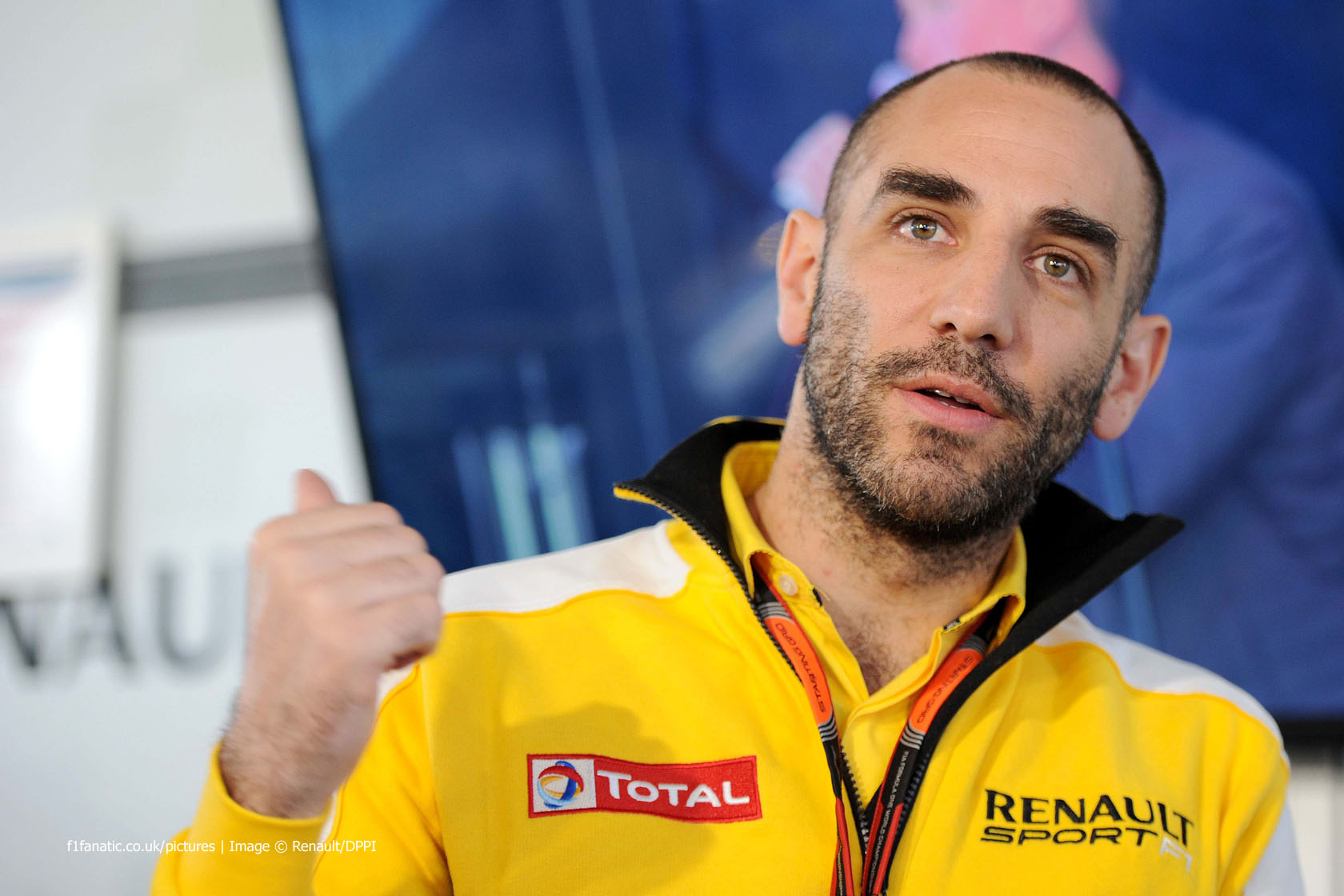 "Cyril Abiteboul said Adrian Newey's claim that Renault was the only source of Red Bull's problems was 'lies' and that he had 'spent his life criticising his engine manufacturers'."

Renault: No race-winning engine in 2015 (Autosport)

"I think it is no secret that Red Bull in particular is very aggressive in their development strategy. They try to get us to apply in the engine world what they apply in the chassis world."

"They did the job many years ago and now we are doing the job. It would be unfair in that sense."

John Watson: 'F1 has a major problem but is putting its head in the sand' (The Guardian)

"Bernie Ecclestone has done a phenomenal job for (owners) CVC but somebody needs to step in because of the dire state the middle and bottom of the grid is in. You can’t have a race with just four big teams. I’m unhappy with the governance from the FIA."

"We all realise he's got this mohican and I just feel like saying 'it's bloody hair, Lewis, nobody cares, it's a haircut'. It's like he's got an issue of photographers taking pictures of his hair."

FIA and FOM list GMT start time for Malaysian GP but UK is on BST by then so race is at 8am: http://t.co/KVO8i4Lp3t pic.twitter.com/B1484KhbnJ

There is a side to the pay driver debate which doesn’t come up as often as it perhaps should:

Is there a reason very poor drivers seem to have a lot of financial backing?

Surely it would make more business sense to put your money behind a talented driver?
Thomf1s