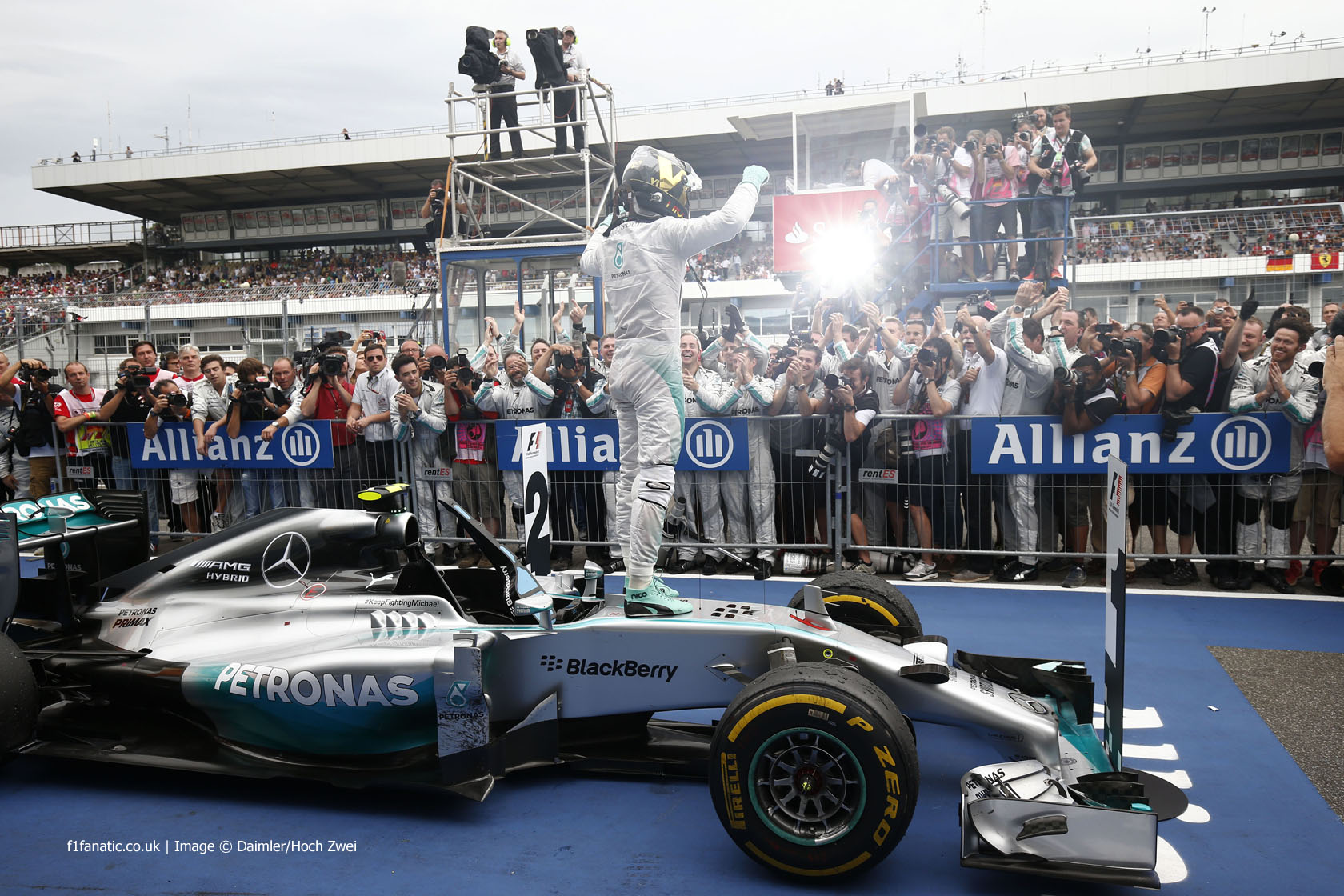 In the round-up: Nico Rosberg says it doesn’t feel right that F1 is without a race in Germany for the first time since 1960.

"It feels wrong to have a Formula 1 World Championship without the German GP."

Bob Fernley: 'Do we have to get into such a crisis before anybody reacts?' (Adam Cooper's F1 Blog)

"I think we are starting to see some of the damage that’s been done over the Strategy Group’s decision."

Pat Symonds: Williams are close to Mercedes but no F1 win in 2014 rankles (The Guardian)

"But my disappointment about last year is that we didn’t win a race. That rankles with me, so I’m pretty desperate to win this time."

&I believe that from a federation point of view what we want to do is make sure we create the right steps so that from an experience point of view, drivers arrive in F1 well prepared. We need to make sure that race stewards can be considered not only as regulators but as educators, helping drivers to grow."

'No agenda' over Hulkenberg/Porsche (Autosport)

"If we have the opportunity to help our drivers widen their career, why would we want to stand in their way? It would be a bit selfish."

Victoria may gloat about poaching the Grand Prix, but SA gained a lot by losing it (Seven Sport)

"Asked whether (South Australia) would ever consider trying to get the race back, Mr Bignell replied 'you never say never' but said 'while Bernie Ecclestone's running Formula One, I wouldn't be interested.'"

Packing up to Malaysia. Race (round?) 2. pic.twitter.com/RZ6p7Xln1w

I read that Adrian Newey has been called a 'liar'. In fact he's one of the most disarmingly honest and direct people I've known in F1

Will McLaren keep their drivers reined in this weekend?

I wonder whether McLaren will let their drivers properly race each other on Sunday or just go for valuable mileage?

I’m actually quite excited to finally see a Button versus Alonso battle in the same machinery, albeit at the back of the grid for now!
Simon H (@Travis-daye) Lewis Hamilton’s younger brother Nicolas will race in the British Touring Car Championship this year. Nicolas, who has ceberal palsy, raced in the UK Renault Clio Cup in 2011 and 2012, and in the European Touring Car Cup last year.

Michael Schumacher won the Brazilian Grand Prix 20 years ago today but was almost stripped of his victory after his Benetton’s fuel was found not to comply with the rules. He was later reinstated, as was second-placed David Coulthard.

Earlier in the weekend Schumacher damaged his Benetton in this qualifying crash:

77 comments on “Not having a German GP “feels wrong” – Rosberg”