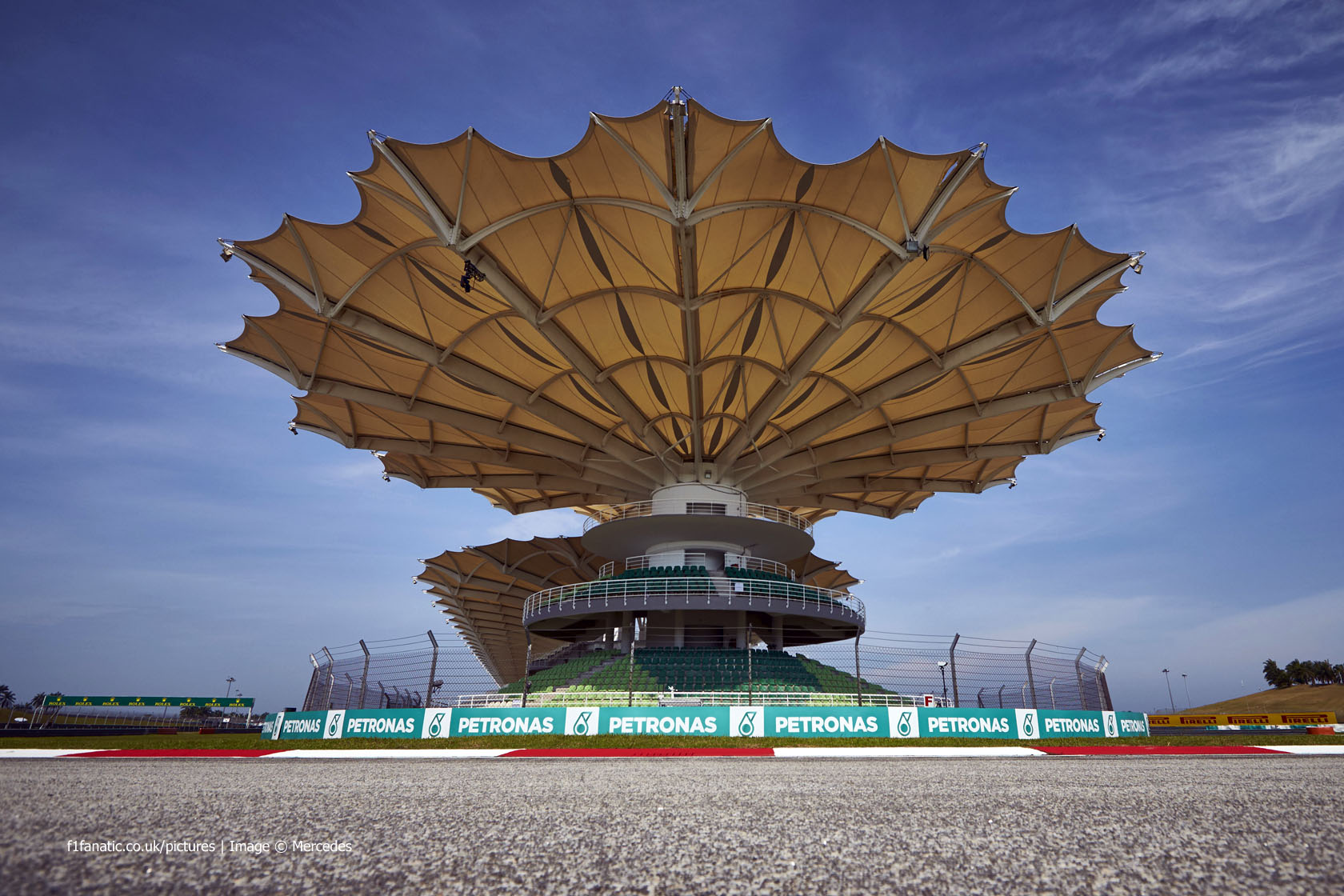 Nico Rosberg led the first practice session for the Malaysian Grand Prix but team mate Lewis Hamilton’s weekend got off to a bad start as he failed to set a time.

Hamilton was on his fourth lap when his car came to a stop at turn nine. The team explained to Hamilton on the radio they were concerned about the life of his power unit, which still needs to be used in upcoming races.

While one Mercedes was worked on in the garage, Rosberg’s set a session-leading lap time of 1’40.124, half a second quicker than the team managed in first practice last year.

Sebastian Vettel made a late start to the weekend after problems in his Ferrari. But after taking to the track in the second half of the session he and Kimi Raikkonen took up the ‘best of the rest’ position behind the Mercedes.

The two Ferrari drivers waited until the final moments of the session to unleash the best from their cars, and Raikkonen got within 0.4s of Rosberg’s time.

On his first lap of the session Carlos Sainz Jnr reported a considerable improvement in drive-ability from his Renault power unit. He ended up quickest of the Renault-powered drivers ahead of Daniel Ricciardo’s Red Bull and the second Toro Rosso of Max Verstappen.

Fernando Alonso was 14th on in his first practice session at the wheel of the McLaren, which was the first time he’d driven the car since his February testing crash. He ended the session behind Ferrari development driver Raffaele Marciello, who was at the wheel of Felipe Nasr’s Sauber.

Manor finally began their participation in the 2015 championship as both Will Stevens and Roberto Merhi set times in the MR04. Stevens’ best effort of 1’46.686 was three-and-a-half seconds off the next-slowest car but, crucially, within 107% of Rosberg’s time, an early sign the team has realistic chances of qualifying for Sunday’s race.