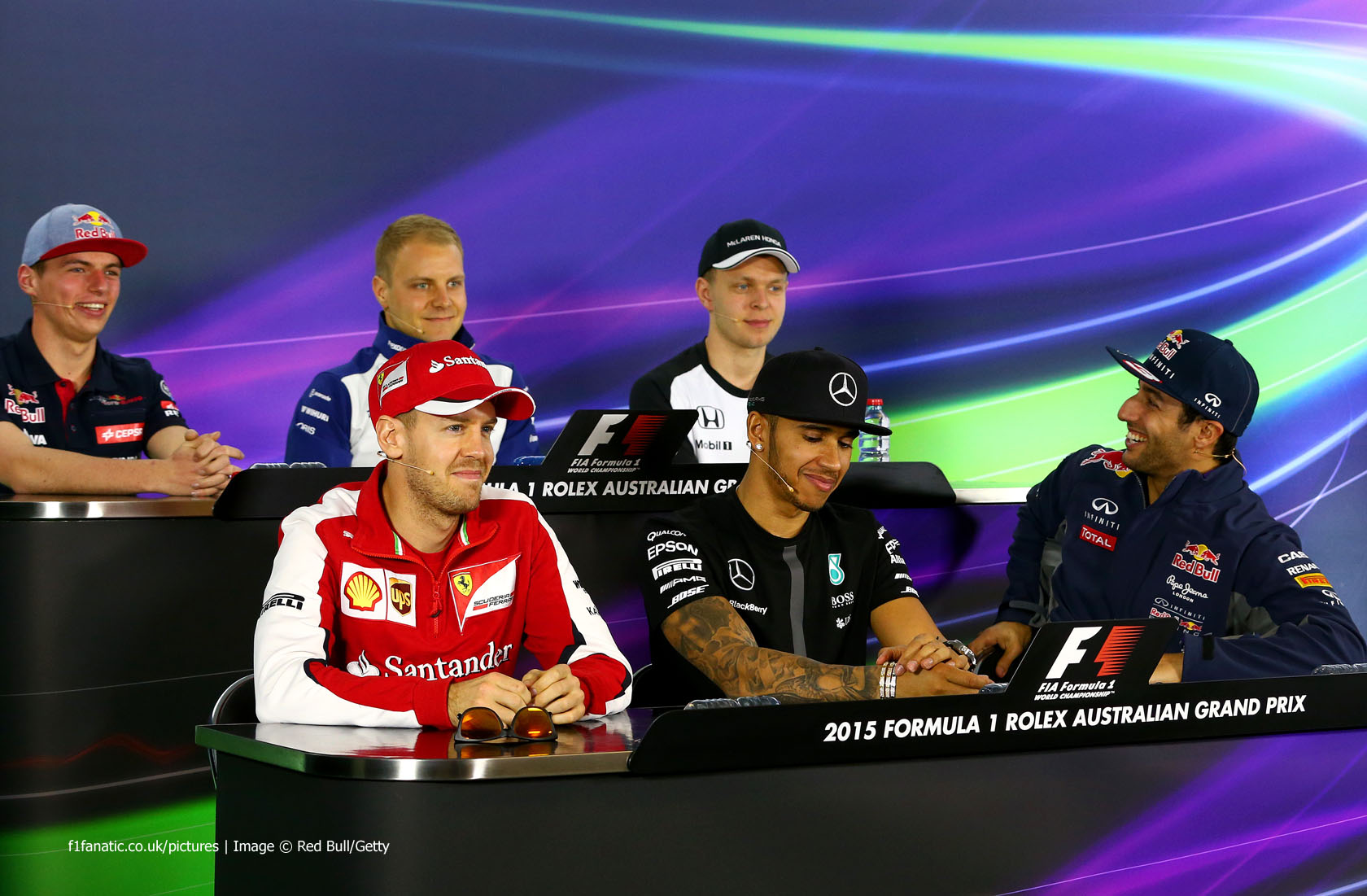 In the round-up: Bernie Ecclestone says Lewis Hamilton does more for F1 as a world champion than Sebastian Vettel has.

"He’s 100 per cent box office. I told Sebastian ‘you should be doing what he’s doing’ – the job of world champion."

"Informed that Hockenheim has a contract for 2016 and 2018, Ecclestone added: ‘It doesn’t make a difference. A lot of people have a contract.’"

"It’s funny how these people dig up all this money for things like the Olympics, swimming championships, European athletics, and God knows what else to boost the country."

Lewis Hamilton is the best world champion F1 has ever had, says Bernie Ecclestone… as he calls for return of double points ruling and sprinklers to create wet races (The Daily Mail)

"I also suggested that we give 20 points over a weekend. Ten points for pole and 10 for winning the race. Then the one on pole” starts maybe 12th on the grid, so you’re going to get a whole bunch of decent guys starting in the middle of the field."

Teams agree to increase their engine allocation during 2015 (Sky)

"However, it will still require ratification from the FIA before the sporting regulations are amended. "

"Kevin Magnussen has revealed that replacing Fernando Alonso for the Australian Grand Prix scuppered his plan to race in IndyCar in 2015."

"With Fernando, I think it’s still unclear exactly what happened to him and I will be interested to hear what the FIA, F1’s governing body, says about it."

Fernando Alonso’s crash comments were baffling – how can McLaren just accept what he said? (The Telegraph)

"If any of Fernando’s account was wrong, an FIA doctor or whoever was present in Spain for the accident would have contacted the FIA and he would not be allowed in the car this weekend."

Alonso predicts up to 1.5secs gain for McLaren (Crash)

@thebuxtonblog Yes, we were informed that this is what the rule was written to prevent!

Big shout out to our #BestFan, without which our garage would be unbearable. So. Hot. pic.twitter.com/ctTRvg8Q0l

#F1 Ecclestone proposal: "Award points for qualifying & race. Best driver in quali then starts from P12." Will never be agreed on by teams.

@pirellisport oh it was not that bad ! I was hoping for handbags on the front row.

Found in our archives @nigelmansell from Autocourse 1979, great but tough times too, hope you're well #Red5. pic.twitter.com/sUPebFLbsF

Red Bull’s future in F1 has become a significant talking point following their poor start to 2015.

I do not want to see Red Bull go, I do not think that they are less worthy racers than, let’s say, Mercedes and I know that they have done a lot for the sport.

But I also do not think that the sport should depend on Ferrari, Red Bull or any other team so the FIA and the FOM should simply do what is best for the sport in general.

It is Red Bull’s job to find an engine supplier and meet the company’s goals under the current regulations, it is not the others’ job to make Red Bull happy.
@Girts Practice for the first round of the 2015 IndyCar season began at St Petersburg yesterday. We’ll be following the race on F1 Fanatic Live on Sunday.

80 comments on “Vettel should be more like Hamilton – Ecclestone”