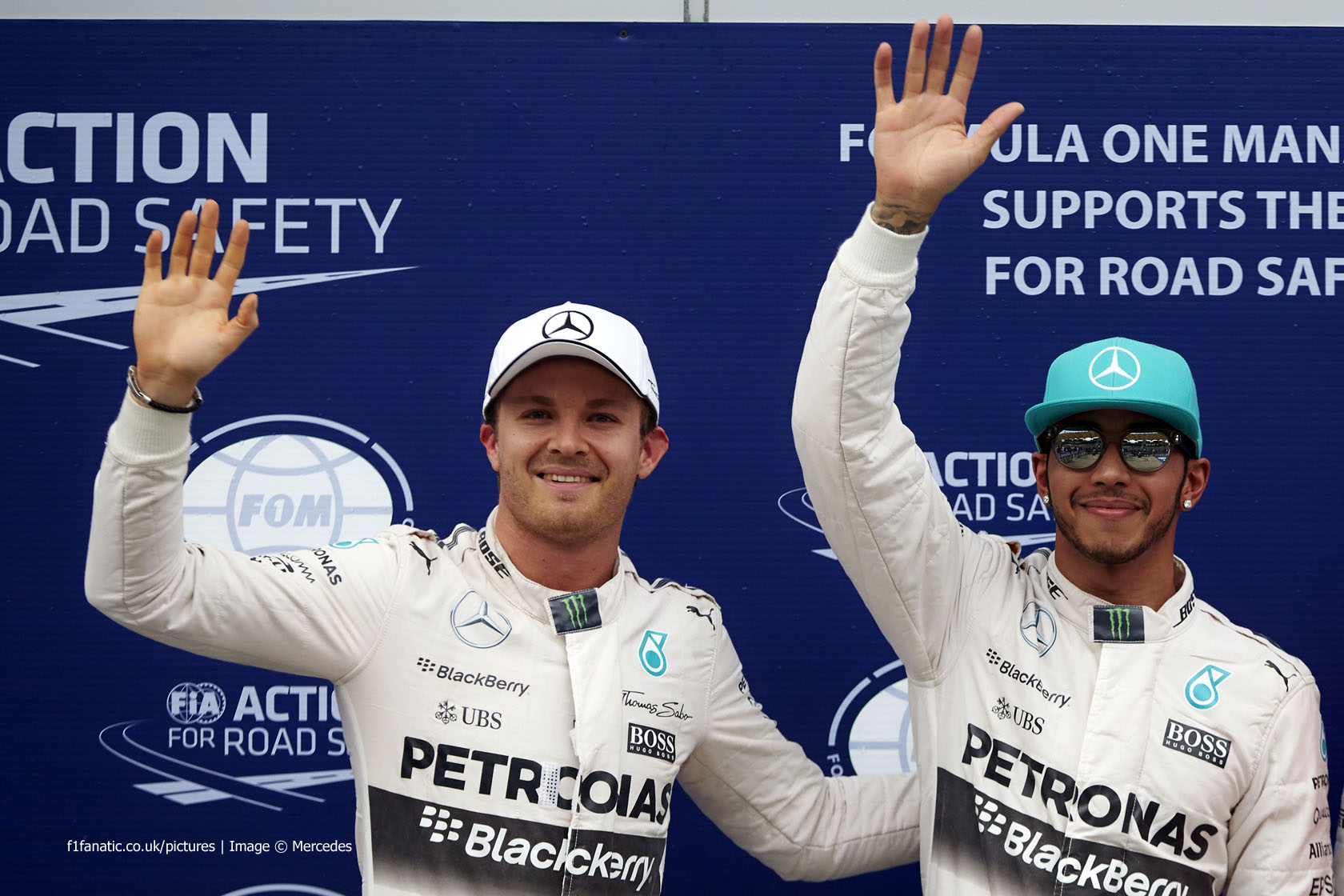 In the round-up: Nico Rosberg says he didn’t delay Hamilton in a significant way in qualifying as they were not on hot laps at the time.

"It is not even a relevant discussion because we were both on slow-down laps at that point in time. And that was very, very clear."

"The term of the (CVC) fund is 10 years with three one year extensions if consent is given by the majority of the investors. It appears that this has been given as Mr Ecclestone says 'I think they have got out of the window that they need to sell.'"

"(F1 is) sick for a start. We have lost audience and I want to know why. There are so many options people have these days for entertainment."

"It's still not perfect but we've made the best step we can ask for in a two-week period."

Vettel looking back to his best with Ferrari (Reuters)

"The nature of the track suits our car well and I expect nothing else than to be very strong tomorrow, but you never know about the conditions."

"When you down-tune your performance to achieve laps you can make easy and fast gains after in terms of lap time and this is why 1.6s (was found on Saturday)"

"We still have to discover what the problem is because if we have this in the race tomorrow it will be very hard to manage."

Just to give you an idea of what our tyres go through…we found this in a Force India tyre yesterday… #MalaysiaGP pic.twitter.com/2XoCtsA5I2

Ecclestone wants to reverse the starting order for the top 12 on the grid. He should be worrying if #F1 will have that many cars in future.

Can understand race control being extra-cautious about when to send the cars out for their first wet running since Suzuka. #F1 #MalaysiaGP

If you're watching #bbcf1's quali prog, it's not @bbcf1's fault for the lack of gfx its the feed we get! It was very confusing! #F1Malaysia

Rosberg obviously sensitive to accusations he might have blocked Hamilton; says that LH had already backed out of the lap before reached him

Does Red Bull’s performance in qualifying bear out their complaints about Renault – or have they also solved some of their power unit problems this weekend?

Shows that Red Bull have a good chassis this year if they are within a second of the Mercedes in the wet. Looks like the majority of issues are indeed to do with Renault.
Thomas (@Tthwaite) Not content with competing in GP2, Formula Renault 3.5, Formula Three and GP3, Carlin has added an Indy Lights squad to its roster. They’re off to a successful start too, as Ed Jones won from pole position on their debut at St Petersburg yesterday.

He shared the front row of the grid with team mate Max Chilton but the former Marussia racer crashed out on the first lap. Carlin are expected to move up into IndyCar next season – this year’s championship begins at the track today and we’ll be following it on F1 Fanatic Live from 8pm UK time.