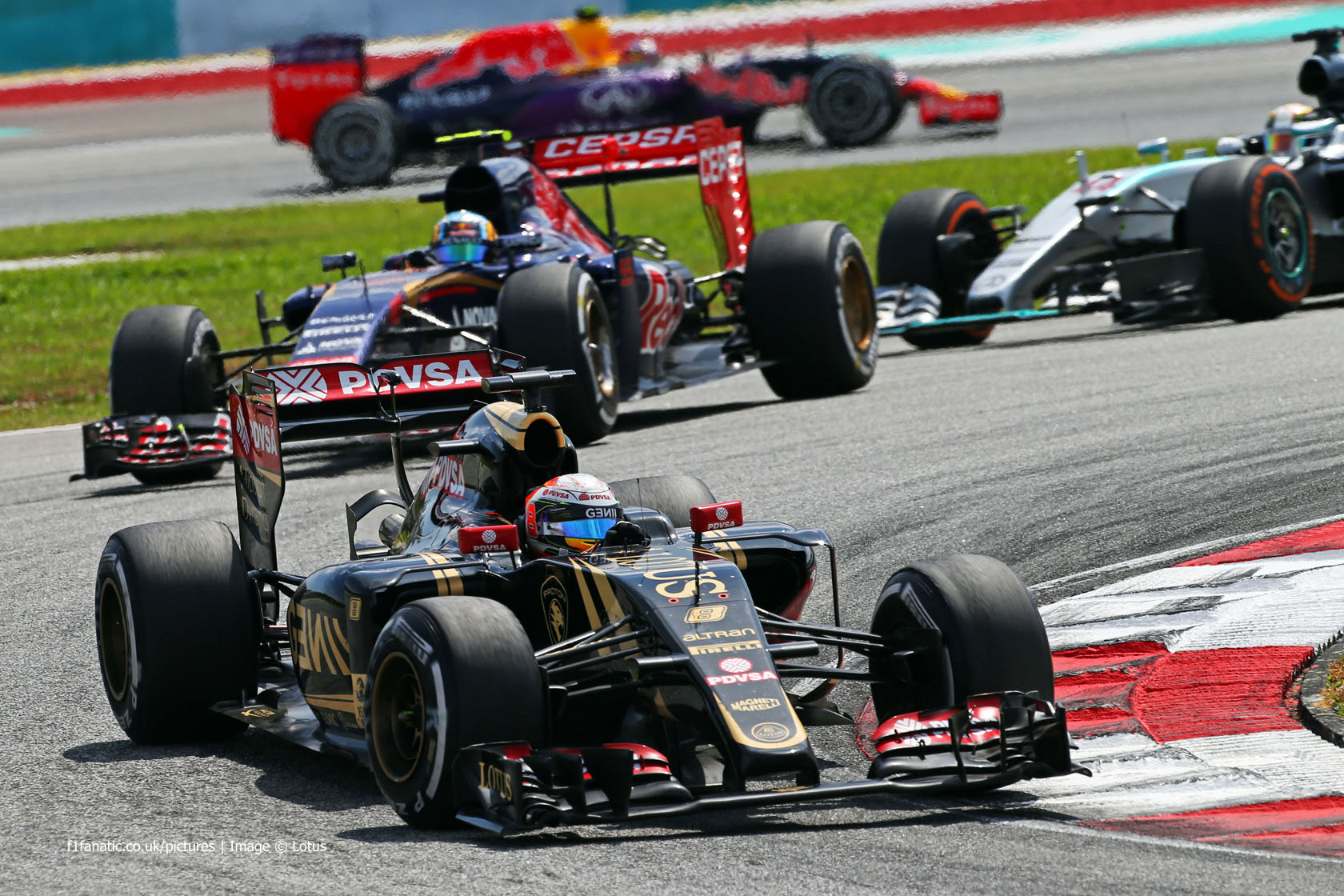 Lotus has revealed Romain Grosjean was delayed by a minor problem with his power unit during the Malaysian Grand Prix.

“It was a small bit of sensor mis-information which meant Romain wasn’t getting absolute maximum power,” explained technical director Nick Chester. “Not a big issue, but it was something which meant Romain had to fight a little harder for his overtaking moves.”

Grosjean was stuck behind Nico Hulkenberg in a fight for second place at one stage, and he said the problem hindered his attempts to pass the Force India.

“I could have passed him, not in the first few laps of the race when his tyres were as new as mine, but later on – as we did after the first pit stop – but we didn’t have 100% performance from the engine which made it difficult to make the overtaking manoeuvre.”

Grosjean had another problem during the race, which is regularly one of the hottest of the year: “My drinks system wasn’t working from lap 20 onwards,” he said, “so I was certainly pretty thirsty by the time I got to the end of the race.”

The Lotus driver added he believes Ferrari will find it difficult to replicate their Malaysian Grand Prix form in the cooler conditions expected at next week’s Chinese Grand Prix. “It was good to see Ferrari win in Malaysia and I think it was good for Formula One,” he said.

“They worked well in Malaysia and I think they’ll be a force in the hot races. I think China should play more to the Mercedes but we’ll be fighting to do our best and present a challenge too.”