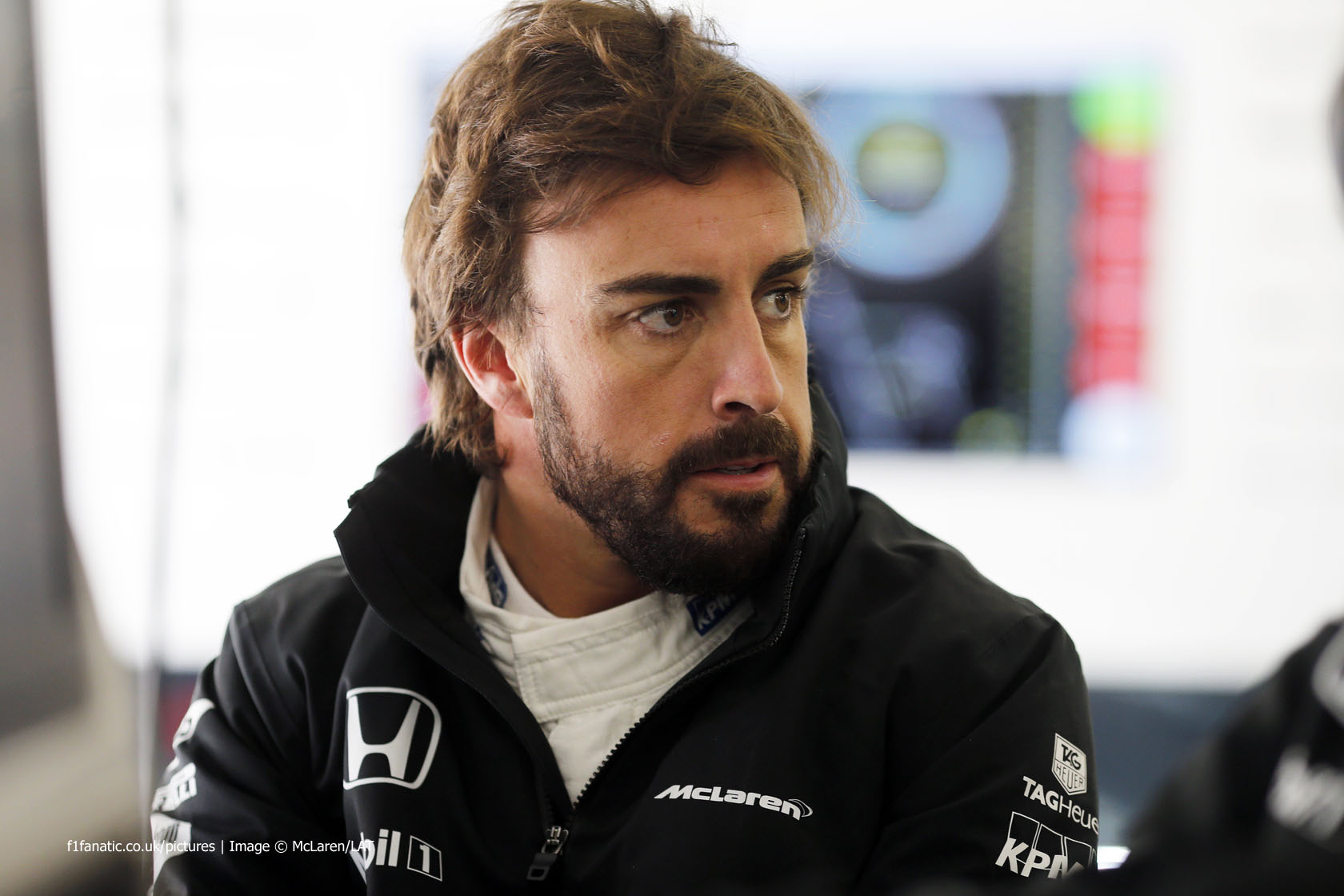 In the round-up: Fernando Alonso says his rivals are taking pleasure in his struggles at McLaren.

"Now I’m out in Q1, so it’s time for many to enjoy this moment. But I don’t think they’re fighting against me because some of the ones who are enjoying it are third, one second behind."

"The ‘silver power' will remain the benchmark for quite some time - but we are trying to jog that supremacy. (We are) closer to their times, but still being one second behind them in qualifying was not the best of news."

Bernie Eccelstone says F1 should be about drivers not engines (Sky) "We would split the strategies if it is not clear to us which one is the better one and if we need to mirror the other team, at least with one of the cars, which we didn't do in Sepang."

"If you look at key factors like the limitations that we’ve got, then you could argue that that gap should actually be a bit bigger than that."

Nico Rosberg must find answer to Lewis Hamilton domination by himself, says Niki Lauda (The Mirror)

"Nico is definitely a little bit behind Lewis. He has to sort himself out. It is not anything I can talk to him about."

"It’s going to be a very challenging race, because we have the option tyre to start off with, and that’s going to fall apart at some point, quite dramatically, so there’s going to be a lot going on at that point in time in the race, and there the Ferraris who might be able to go longer than us, as we’ve seen in Malaysia."

Massa is told Williams are happy for him to continue despite the smoke if he is: "Well I'm never happy smoke coming out of the cockpit." #F1

Hamilton: "Can you put my other seat in, it's just too hot in here." #F1 #ChineseGP

This looks like a pretty important meeting at the back of Mercedes with Bernie, Lewis and Toto… #F1 pic.twitter.com/qn7RPlqfjO The World Endurance Championship begins with the Silverstone Six Hours today. Join us to follow the action on F1 Fanatic Live. The race starts at 12pm UK time (BST). A few thoughts on the race ahead from @Me4me:

First of all: Credit where credit is due, Pirelli has nailed it, the tyres are just perfect. It’s massively exiting to see that even a car with less inherent pace has a chance to be top three or even win. Degradation is just about right, and most of all, drop-off is predictable and manageable.

Secondly: Renault are a mess. Both Red Bull and Toro Rosso beaten by all 2015-spec Mercedes and Ferrari powered cars in the speed trap. Sure, speed trap numbers aren’t everything, but it’s telling that both teams are so far down, only able to beat Honda and the 2014-spec Ferrari engine back in the Manor cars.

Expecting Ferrari to do two stints on the softs and one on the medium tomorrow, with most other teams going for one on the softs and two on the mediums. It’s really their only change to get any better than third I think. Let’s hope for an exiting race. Personally really want to see Vettel giving Rosberg a run for his money. I think Hamilton will realistically be out of reach.
@Me4me

105 comments on “Alonso: My rivals are enjoying McLaren struggles”