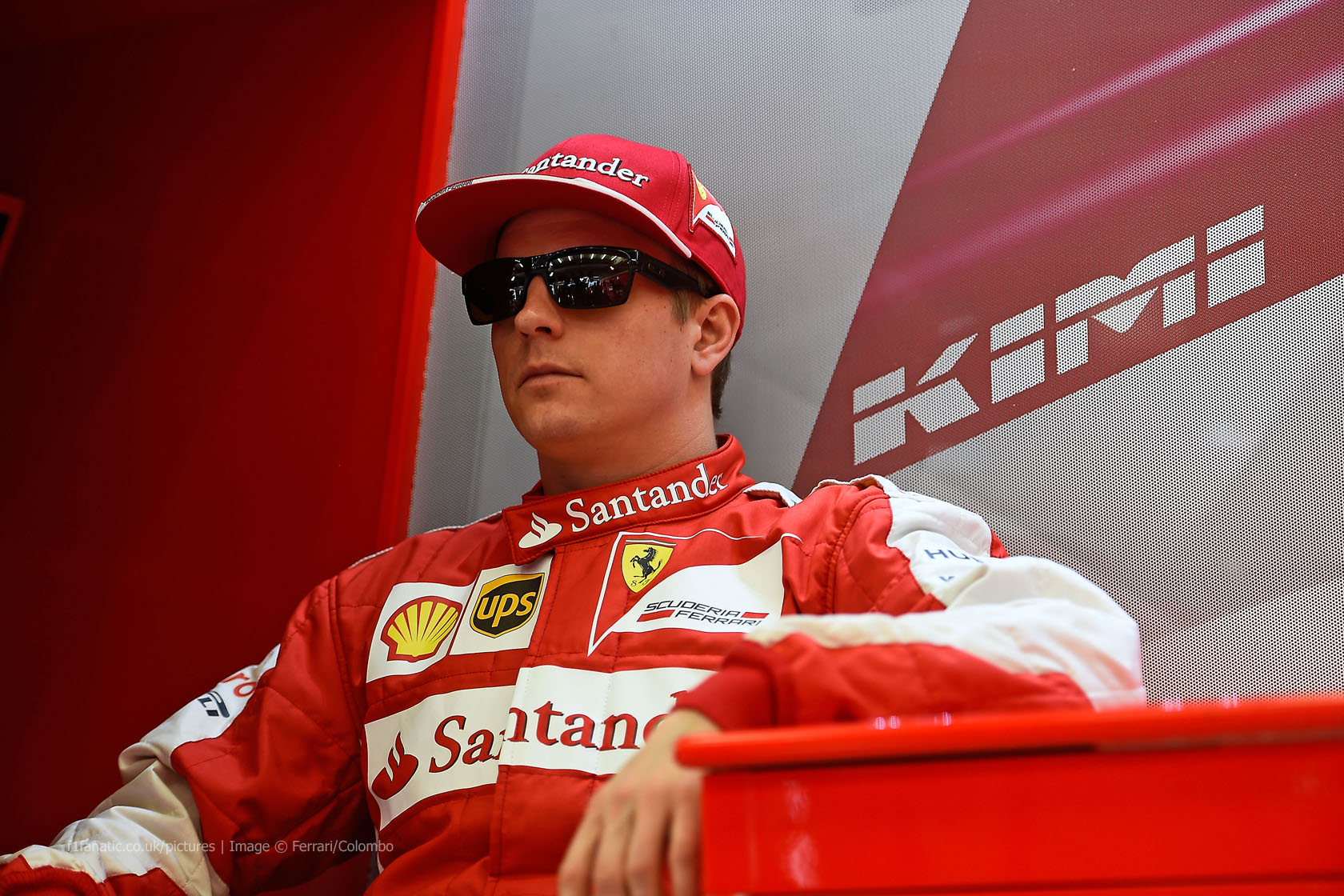 Kimi Raikkonen and Sebastian Vettel set the pace in scorching conditions during the first practice session of the Bahrain Grand Prix weekend.

Raikkonen was the only driver to break the 1’38 barrier during a session in which Mercedes appeared to be focusing solely on longer runs.

It was a typically hot and dry start to the weekend, with ambient temperatures hovering around 36°C as the session began.

There was immediate drama when Jenson Button spun his McLaren at Turn One during his first flying lap, with the car appearing to seize up on entry to the corner and stopping facing backwards towards the apex.

McLaren attempted to replace the battery on Button’s car, but were ultimately unable to get the British driver back out for another run in the session.

There were also problems for Sebastian Vettel as the Ferrari driver was told to slow the car and stay in gear when the team discovered a problem with the SF-15T.

The Mercedes were the first to attempt a long run on the Medium tyres with both cars running consistently around the 1’40 range. Hamilton was heard complaining of a burning seat during his extended run.

There was little in the way of drama or incident during the session. Pastor Maldonado ran very wide exiting the final corner, while multiple drivers suffered lock-ups into the tricky braking zone of Turn Ten.

Sebastian Vettel made it back out with around 30 minutes of the session remaining but while it initially seemed as though the problem remained at first, the Ferrari was soon up to speed.

Vettel lowered the benchmark to a 1’38.029 before Kimi Raikkonen followed his team mate to set the quickest lap of the day with a 1’37.827.

Toro Rosso showed pace with both cars in the top ten and there were positives for McLaren too with Fernando Alonso ending the session only seven tenths adrift of the fastest time.

Nico Rosberg and Lewis Hamilton ended the session in P15 and P16 respectively, but covered almost 50 laps between them. Jolyon Palmer logged over 30 laps during his second First Practice appearance of the season in the Lotus.