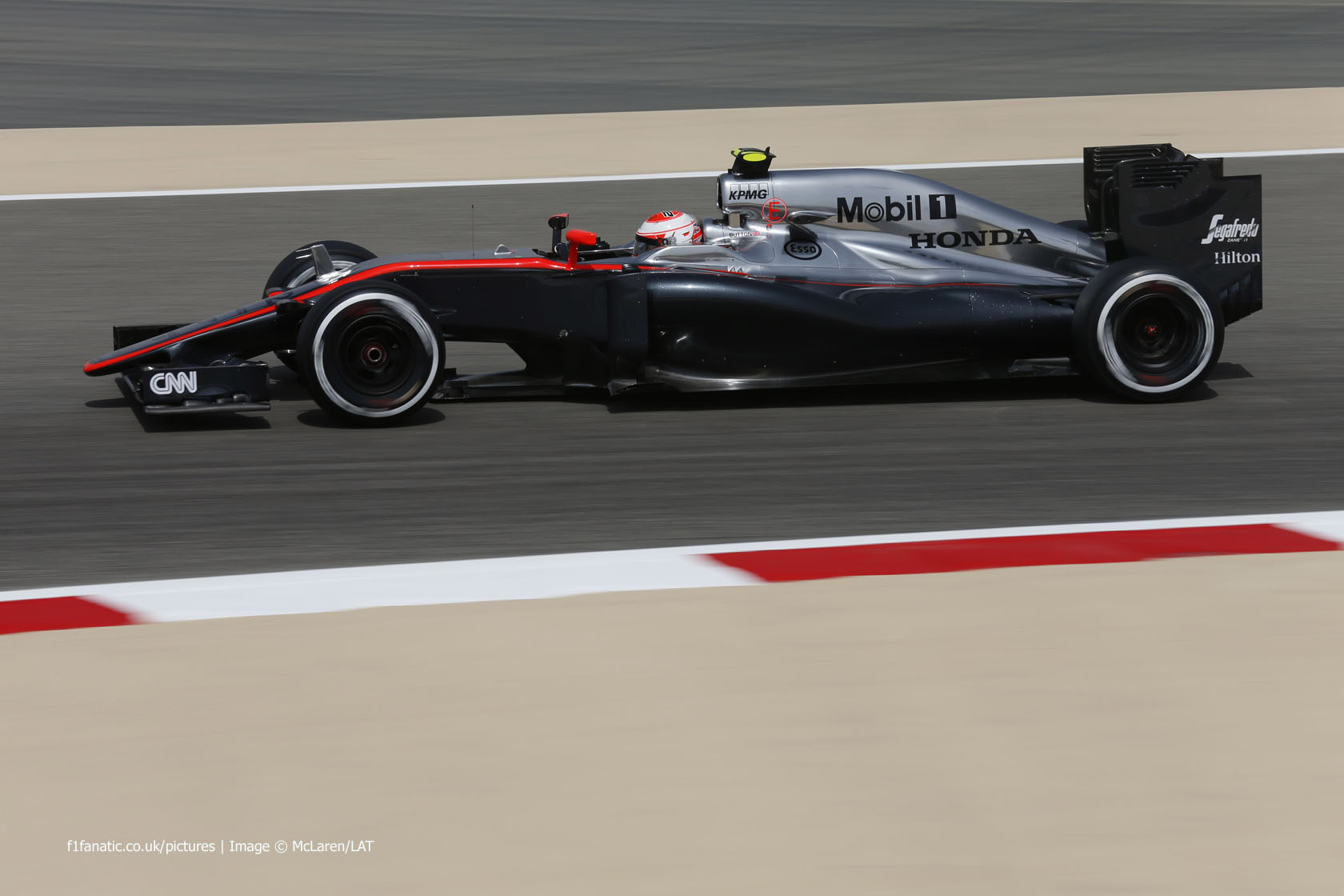 Jenson Button says his Bahrain Grand Prix weekend has proven ‘tough’ after his third stoppage in two days in qualifying left him doomed to a back row start.

Button failed to complete a timed lap in qualifying when he pulled of the circuit at Turn Three, leaving him last on the grid for tomorrow’s race.

It was the third time the McLaren driver had been forced to stop the car after car problems halted him in both of Friday’s practice sessions.

“Yeah, it’s been a tricky weekend,” Button admitted to reporters after qualifying.

“It’s tough because this morning in Free Practice Three without any practice was good pace. I was 11th and felt we had a lot more to give in qualifying.

“I don’t know what the problem is. I’m guessing electrical – I can’t say. Everything shut down in the car and there was a loud bang.”

Button’s latest failure came when McLaren had begun to show vastly improved pace, with Button’s team mate Fernando Alonso able to comfortably make it through to Q2 for the first time this season.

“It’s been enjoyable to drive around here,” added Button.

“Obviously we have made good progress, it’s just a pity I couldn’t enjoy that today. But hopefully tomorrow.”