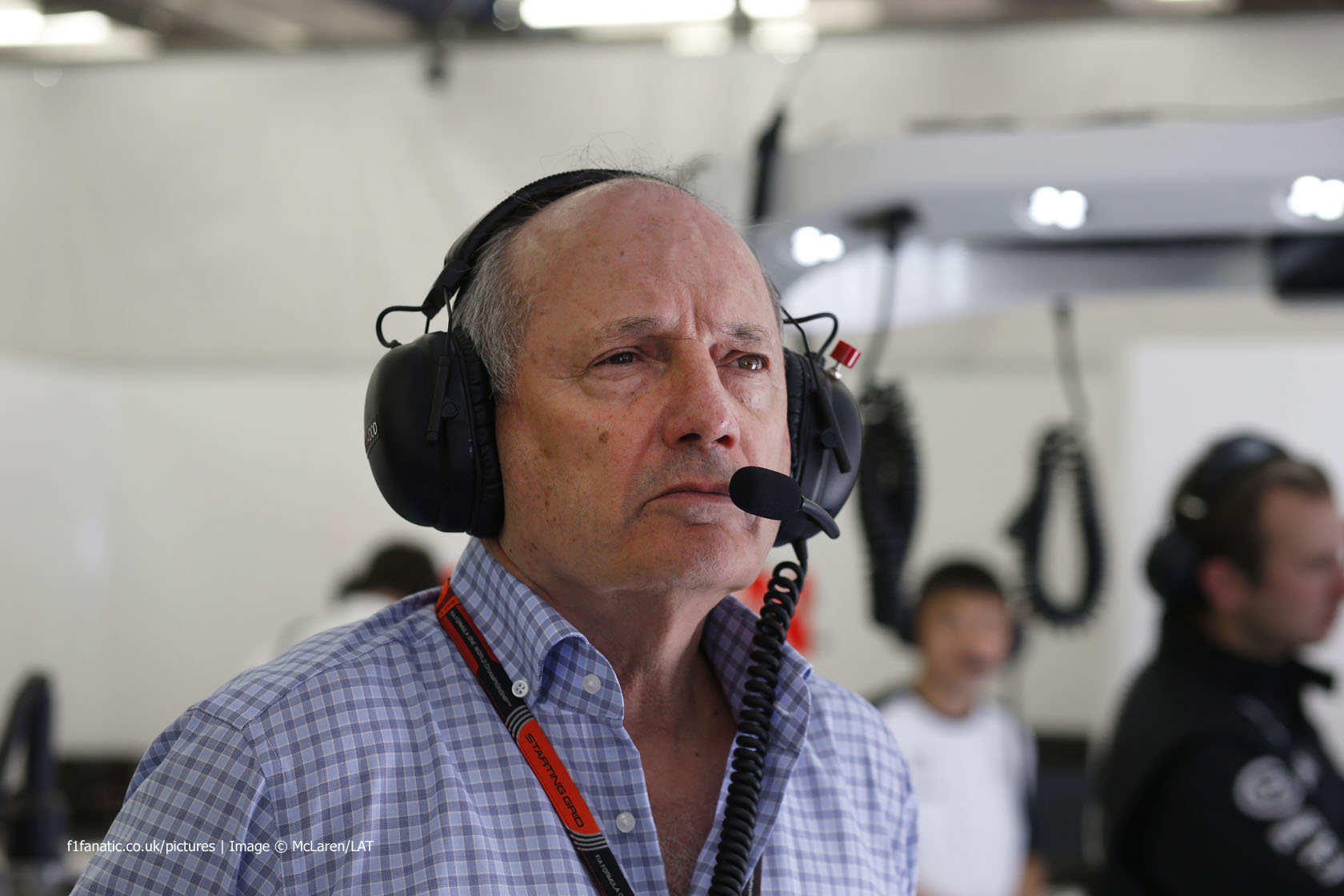 In the round-up: McLaren chairman Ron Dennis insists his team’s collaboration with Honda will pay off handsomely despite their point-less start to 2015.

"Mark my words! We’ll win together and, when we do so we’ll do so dominantly."

"We haven’t been in the wind tunnel since October last year but where the car was at that time was still a good step forward from where we are now and then with the engine package I think we would have been certainly near Force India."

F1 must cut costs to bring back the buzz - Brown (Reuters)

"The overall sponsorship economy, while we are bucking the trend, is very down in Formula One. That’s a fact, just look at the cars."

"I would say operationally that we have hit all the big areas that we can and it is all about tuning it."

"We are obviously bringing some aero upgrades, but not a lot."

"Like Denis Compton and Stanley Matthews, who were a little older, Moss was a giant figure of the 1950s, a symbol of the spirit of those bleak times, when sport did so much to distract people from the dreariness of post-war austerity."

We wish Marc Surer a speedy recovery after his horse riding accident. Get well soon! #F1 Honda has revealed its IndyCar aerodynamic kit for use on superspeedways, beginning with this month’s Indianapolis 500.

As the sport discusses yet more changes to the technical rules for 2017, are the cars the one thing the sport is getting right at the moment?

The changes have firmly cemented F1’s place as the pinnacle of motorsport and technology. As the article shows the cars now are not much slower over a quali lap than the V10s of 2004 despite all of the restrictions thrown at them and within a couple of years will probably start matching them. That’s progress and the fact it can be done with smaller engines, less downforce, less sticky tyres, limited fuel etc… is in itself amazing.

Do I wonder what F1 would be like if they had the 1993 regulations in force today – yes I do. Would I like to watch a competition where drivers lost their lives every other week for my entertainment – no thanks. The regular slowing down of cars by regulation and engineering marvels such as the current cars which seek to overcome those regulations is the pattern that works best.

The current faults of F1 are in areas such as DRS, financial distribution models and politics – leave the cars out of it.
@jerseyf1

While testing at Mugello on this day in 2012, Romain Grosjean and Kamui Kobayashi set fastest times which were identical to three-thousandths of a second: