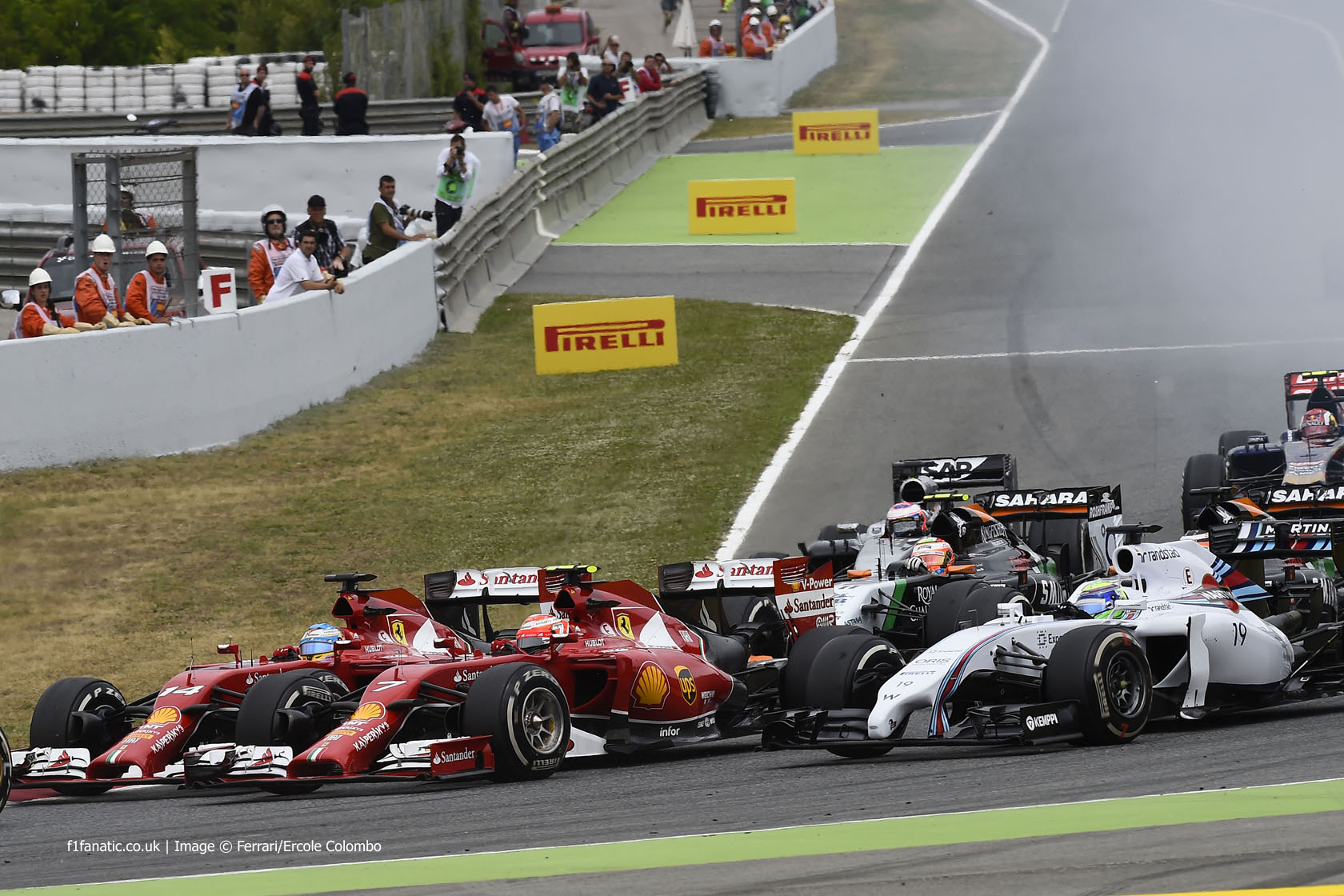 F1 Fanatic Live will be running during the entire Spanish Grand Prix Grand Prix weekend, plus all of the race action from IndyCar on the Indianapolis Grand Prix circuit, Formula E at Monaco, and the GP2 and GP3 support races in Spain. Look out for the live page on the site during every session and follow all the action with your fellow F1 Fanatics.

Here are the details of Sky and the BBC’s coverage of the 2015 Spanish Grand Prix Grand Prix in the UK, plus other races of interest:

Want to watch all of this weekend’s Formula One coverage on Sky Sports? F1 Fanatic readers in the UK can buy a 24-hour subscription to all Sky Sports channels for £6.99 or a one-week pass for £10.99 to watch this weekend’s grand prix.

And when you buy using the link below you also make a contribution to F1 Fanatic! Find out more and sign up here:

For details of coverage in your area see these links or share information in the comments:

Find times for every F1 session this year and all the 2015 race dates with the F1 Fanatic Google Calendar.