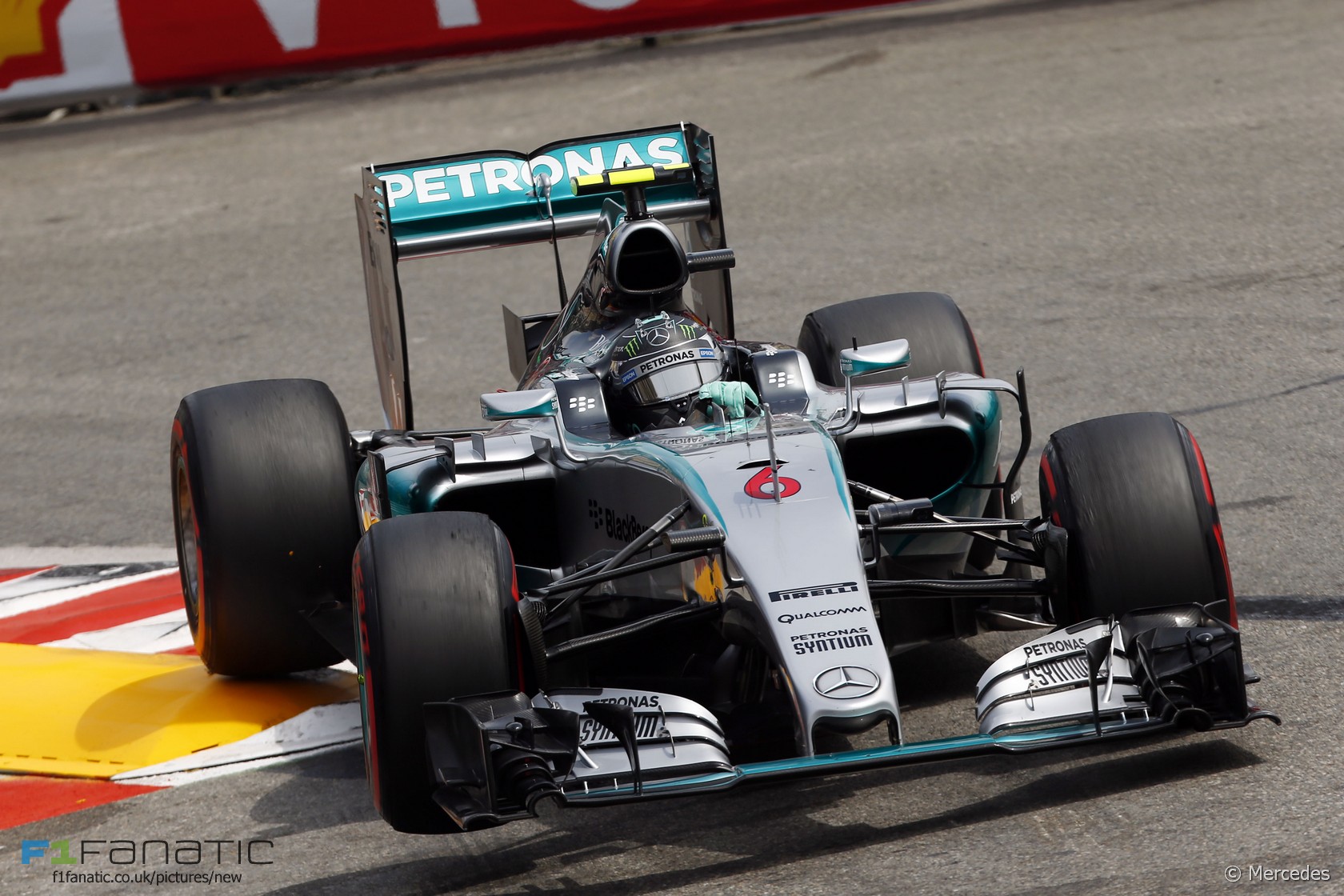 Lewis Hamilton wasn’t the only person to be especially pleased with his qualifying performance at Monaco.

“I’m really happy and excited with seventh place today,” said Sergio Perez, who lines up behind the Mercedes, Ferraris and Red Bulls. “I always say qualifying in Monaco counts for 90% of your final result, so it was important to be strong.”

Hamilton was quick to discount the suggestion that, having taken pole position, his job was half-done. But it’s a fact that ten of the last eleven Monaco Grand Prix winners have started there, so it’s not that much of an exaggeration to suggest he’s got one hand on the trophy.

What he can’t afford is a repeat of the dismal start he made in Spain. That dropped him behind Sebastian Vettel and the Ferrari driver is once again perfectly placed to take advantage of any problem for the Mercedes drivers.

“It could be possible to jump one of the cars ahead,” said Vettel, “two is more difficult, but then Lewis, too, should have a good start, otherwise he may be blocking the way.”

Hamilton may draw some comfort from the fact it’s been 13 years since the Monaco Grand Prix pole sitter was beaten to turn one. It’s still possible though – Ferrari junior driver Raffaele Marciello squandered his pole position advantage in today’s GP2 sprint race, allowing Richie Stanaway through to take advantage.

Vettel qualified the best part of three-quarters of a second off Hamilton’s time. He had expected to be closer, but cloudy conditions during qualifying took the edge of the temperature, causing problems for some teams.

“Today it looked like everybody was struggling to get the tyres to working temperatures – which is funny, because they call them super-softs – and the Mercedes cars were the ones which probably suffered the least from this problem, so this is why the gap looks bigger,” Vettel explained. He wasn’t the only driver with this problem. Max Verstappen ended up last of the Q3 runners, one of a trio who failed to improve their times in the final segment of qualifying.

“Q1 and Q2 were okay, even though I was already starting to struggle with the tyres,” he said, “but in Q3 it was really difficult to get the tyres up to temperature.”

“I had no grip at all and started to lock-up a lot, and in my last run I was only eight hundredths faster with a new set of tyres.”

Kimi Raikkonen seemed to struggle with the cooler temperatures too, and also blamed traffic for only managing sixth on the grid, beaten by both the Red Bulls.

“Here there is a big chance to remain stuck behind other cars for the whole race and overtaking is really difficult,” he reflected, “that’s why the result of today is very disappointing.”

Strategic options are very limited at Monaco. A one-stop strategy is the standard strategy as tyre degradation is low and overtaking is extremely difficult – so much so that the leaders have the luxury of easily being able to slow the chasing pack if they need to.

Of course the big variable is the possible appearance of the Safety Car or – in an innovation for 2015 – the Virtual Safety Car. The VSC has already been used in three GP2 races so far this year without trouble, although the hapless Marciello spun his car after one deployment at the Circuit de Catalunya as he was caught out by how quickly the race resumed.

Last year Hamilton rued not taking the initiative of gambling on the Safety Car coming out by pitting when Adrian Sutil crashed at the chicane. Unless Rosberg can make a blinder of a start, his best chance to win may be to make that kind of gutsy call, though it brings with it a significant degree of risk.

Has Hamilton got the race 90% won? Will McLaren finally take their first points? And where can Carlos Sainz Jnr recover to from his pit lane start?