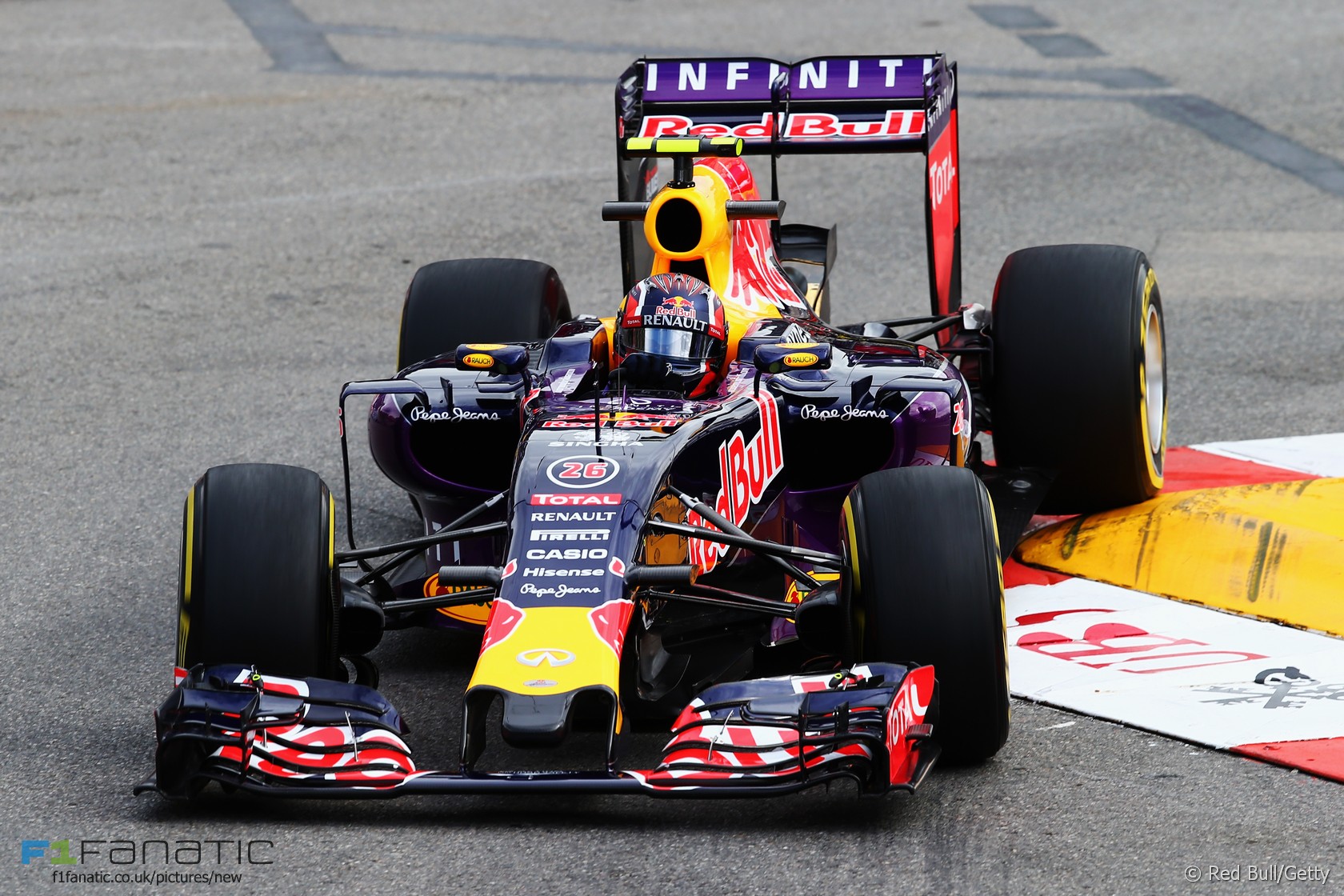 Daniil Kvyat described his relief at taking the best finish of his career so far after his team mate let him by for fourth place at Monaco.

Kvyat had let Daniel Ricciardo by into fourth a few laps earlier as his team mate had switched to the softer tyres in an attempt to make a pass for a podium position. When he wasn’t able to the team told him to let Kvyat back through.

“It was a strategy gamble they tried with him,” Kvyat confirmed to reporters after the race. “He was meant to overtake the people in front, the Mercedes and Ferrari, but it didn’t happen.”

“So then we stick to the fair plan because they tried the strategy with him, not with me.”

Kvyat’s best finish until today had been a string of ninth place finishes. “It was a very positive day,” he said. “It was my highest, by far, career finish in F1.”

“So to be fair massive relief. Next step, you know where it is. I’m feeling actually quite happy at the moment.”

Kvyat had come under some criticism from Red Bull motorsport director Helmut Marko in the run-up to the race, who suggested his results weren’t good enough. “The bits were there for a good race but we were missing out a little bit first races,” said Kvyat.

“This race seemed to come in our favour a little bit more, this track more adapted to us. But hopefully now we can carry on this momentum on the next races. So all in all it was a very positive weekend.”