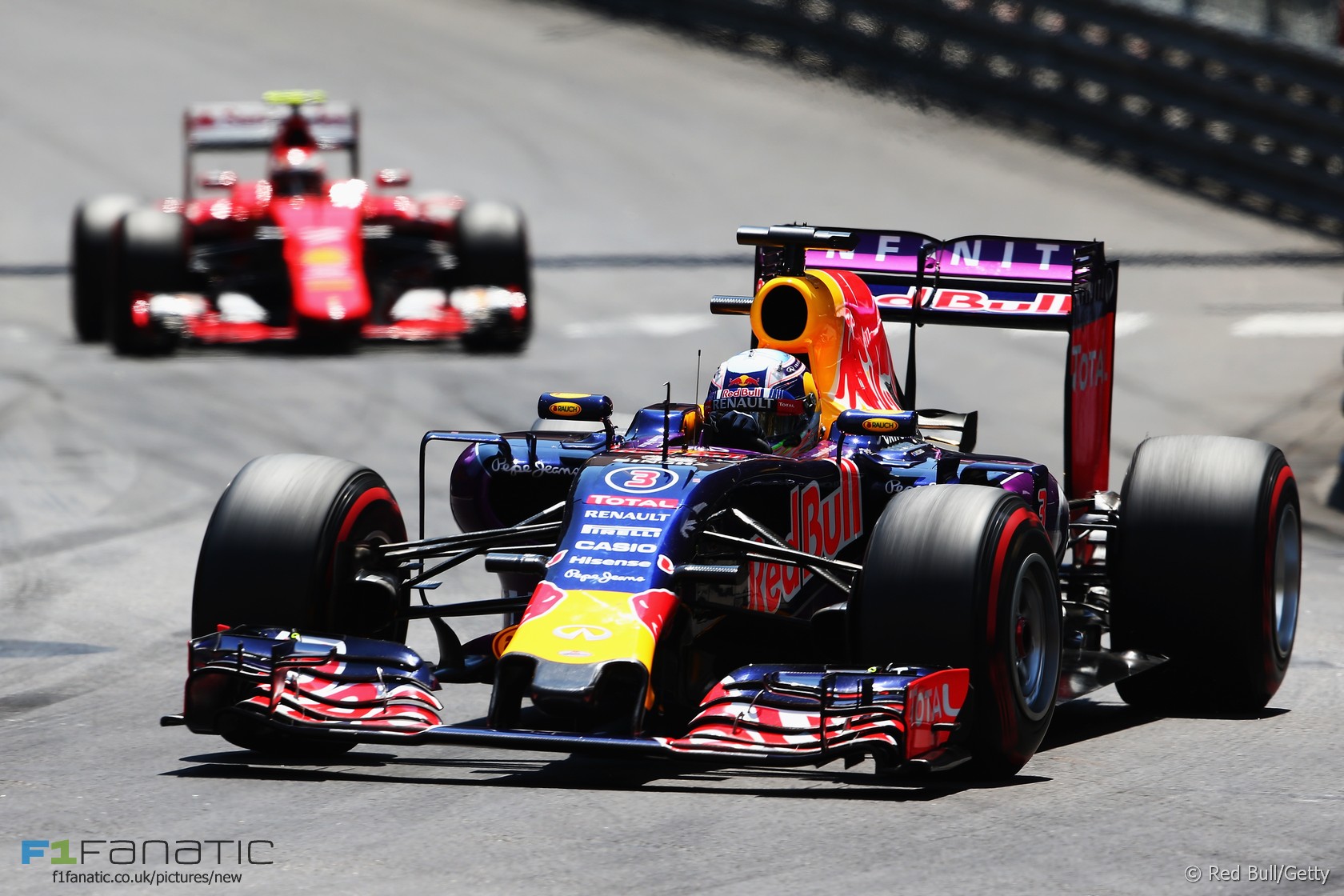 Kimi Raikkonen said he did not understand why Daniel Ricciardo’s pass on him for fifth place at Monaco was allowed to stand.

The stewards investigated Ricciardo’s lap 72 pass on the Ferrari driver, which saw the pair make contact, but did not take any action.

“We gained one place but we lost it for a stupid reason,” was Raikkonen’s view on the incident with Ricciardo, who he had passed via the pits earlier in the race.

“I was following my normal line when Ricciardo hit my rear tyre and pushed me wide, regaining the position. It’s not very clear what you are allowed to do, it’s really odd but there’s nothing we can do.”

The stewards reviewed video of the incident and ruled they “do not believe that either driver [was] wholly or predominantly to blame for the incident”.

“I had a little incident with Kimi and it’s hard to get a clean move without a little contact in Monaco,” said Ricciardo. “I appreciate the stewards not taking any further action and I think the crowd and the fans enjoyed it.”