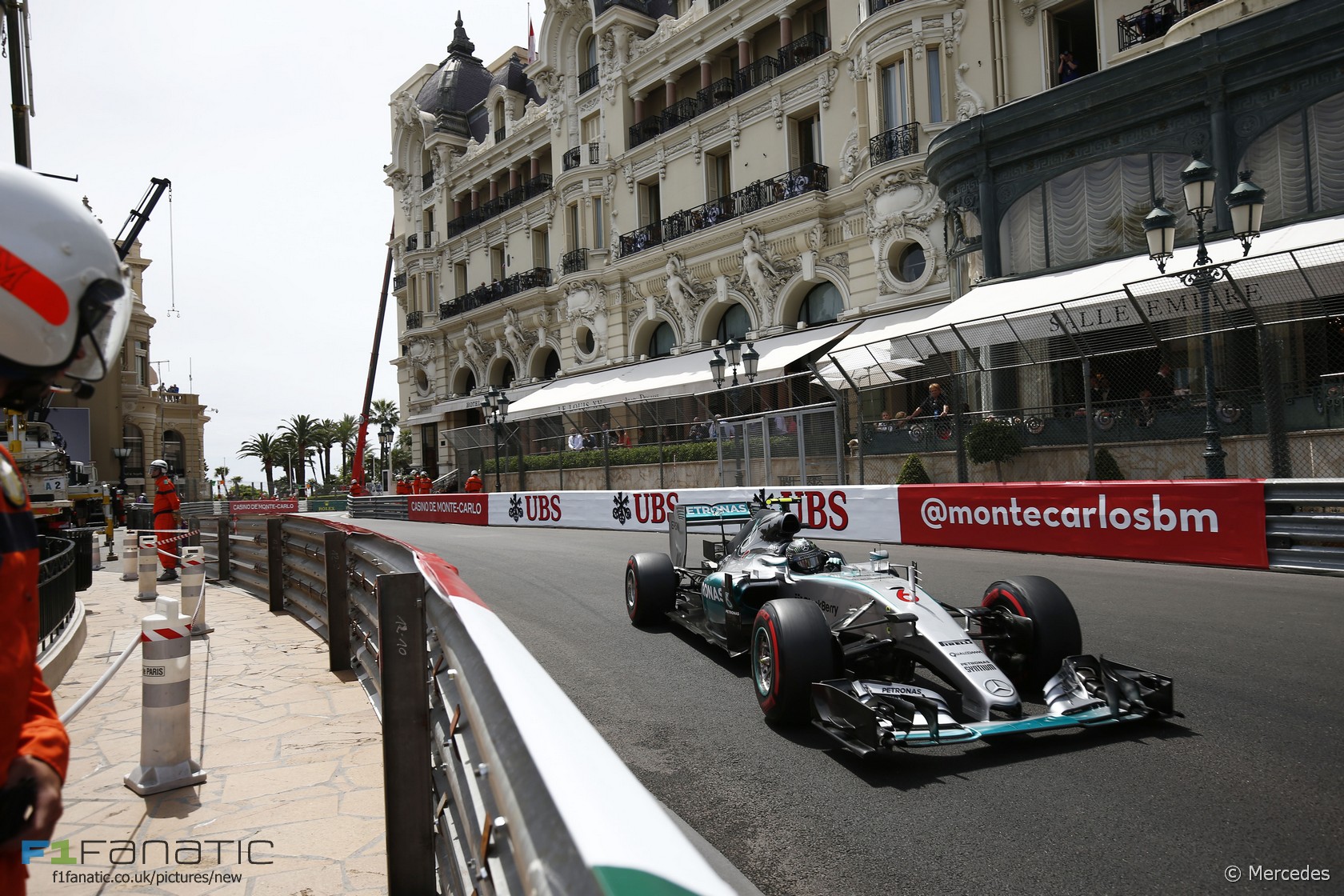 Nico Rosberg took a surprise third consecutive Monaco Grand Prix victory in a race which his team mate was dominating until a late Safety Car period.

Lewis Hamilton was leading comfortably until a collision between Max Verstappen and Romain Grosjean caused the Safety Car deployment which changed the outcome of the race.

Mercedes took the opportunity to give Hamilton a fresh set of tyres, but he was unable to rejoin the track before the chasing Rosberg and Sebastian Vettel arrived. After the Safety Car came in Hamilton was unable to pass the Ferrari driver for second place, leaving Rosberg to win as he pleased.

Hamilton briefly came under pressure from Daniel Ricciardo, who had adopted the same strategy, overtaken Kimi Raikkonen and been waved through by team mate Daniil Kvyat. Having failed to pass Hamilton, Ricciardo let Kvyat back into fourth on the final tour.

Felipe Nasr and Carlos Sainz Jnr completed the points scorers, the latter having started from the pit lane.