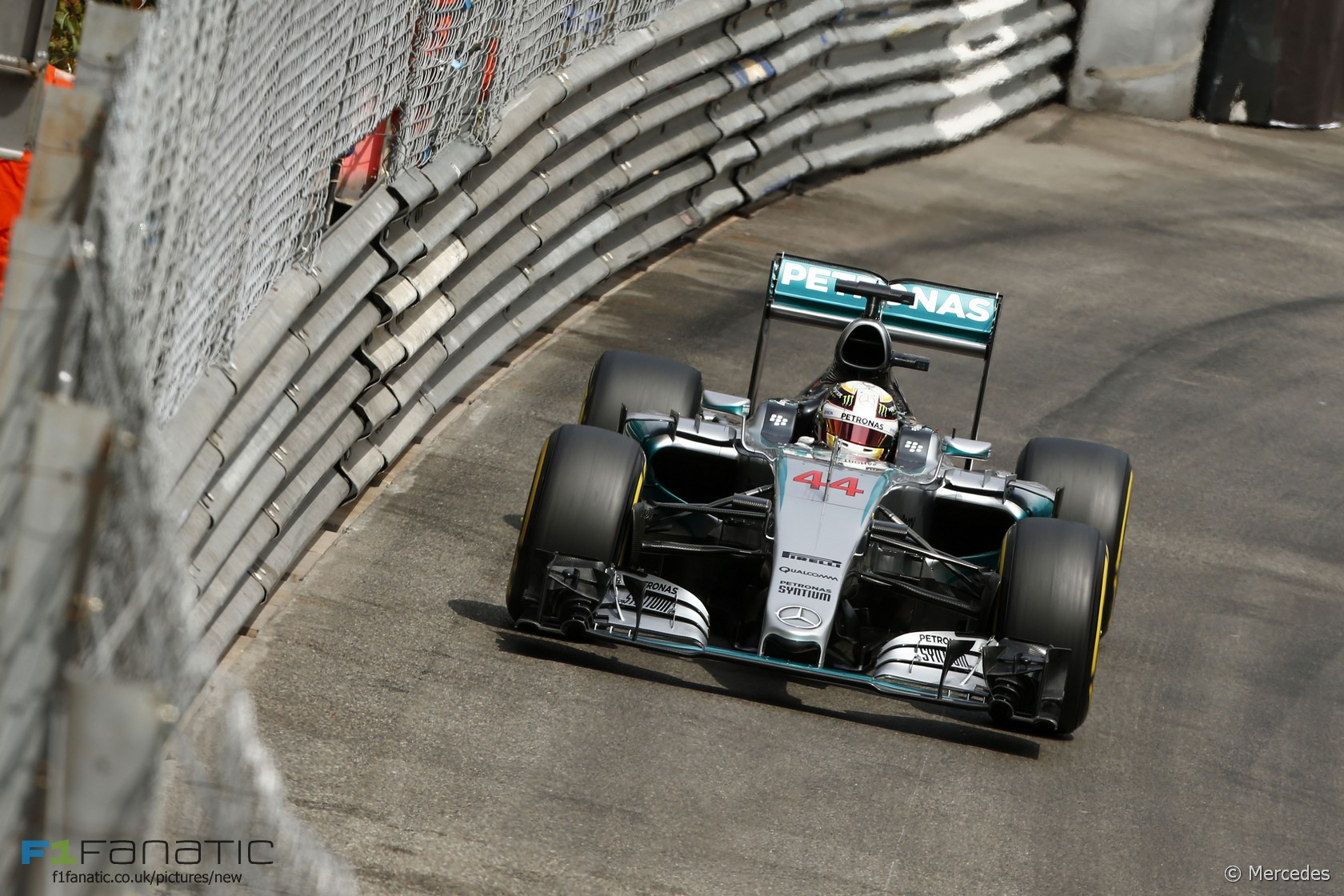 Lewis Hamilton was widely considered the ‘moral victor’ of the Monaco Grand Prix after a late strategy error cost him victory in a race he had been leading by almost 20 seconds.

Hamilton led the entire race up comfortably until the point when he and the team made a misjudged call to pit under the safety car for a fresh set of tyres.

However Hamilton only received a little more than a third of your votes, with Sergio Perez, Max Verstappen and others earning credit for notable performance at one of F1’s toughest tracks.

However, despite the strategical error, Hamilton received 37.3% of the vote to place him at the top of the rankings.

Hamilton arrived in Monaco having failed to lead a single lap around the principality since his 2008 victory, and showing every indication that he would put that right.

He started well, topping both Thursday practice sessions, though come Saturday he seemed to have lost his way a little. In qualifying Rosberg piled on the pressure, heading Q1 and Q2, and it seemed he might deny Hamilton for the third year in a row. But Hamilton, running before Rosberg on the track to avoid any chance of a repeat of last year’s controversy, put pole beyond his team mate’s reach by over three tenths of a second.

As is usually the case in Monaco, a clean start all but paved the way to a Hamilton victory, especially as he quickly pulled clear of Rosberg in traffic. With 15 laps to go it looked like it was all over, however the appearance of the safety car turned the race on its head. To the astonishment of many, the number 44 Mercedes appeared in the pits, and rejoined the track behind Rosberg and the pursuing Sebastian Vettel.

The incident split views: Had Mercedes ruined Hamilton’s race? They were quick to apologise to their driver afterwards. Did Hamilton deserve a portion of the blame for the strategy? He admitted he made a case for switching to super-soft tyres when the Safety Car came out.

It was the first time in seven years a driver had failed to win the Monaco Grand Prix after starting on pole position – but 37.3% of you decided Hamilton was your Driver of the Weekend.

This is a no-brainer. If it wasn’t for Verstappen’s crash, Hamilton was probably going to score a ‘grand chelem’, 20 seconds ahead his team mate, after an easy pole on Saturday, leading every lap and always with a pace impossible for anyone else. This was masterclass drive from Hamilton and he totally deserves to be Driver of the Weekend.
@Liongalahad

There is no way a driver who gifts the lead and win of a race to his championship rival is Driver of the Weekend! Doesn’t matter what the circumstances (and Hamilton was as culpable in instigating the stop as anyone).
@Asanator

I don’t think Hamilton deserves it. I would have voted for him had the whole incident not happened because he was truly dominant – and would have voted for him had he passed at least Vettel after the pit stop. But as he failed to overtake the Ferrari with the old softs on a new super-soft (I know this is Monaco, but still), I don’t think he should be Driver of the Weekend.
@hunocsi

Ludicrous to down-rate Lewis because he couldn’t pass Vettel with new tyres. In race trim, Vettel was not losing anything to Rosberg’s Mercedes. Hamilton’s gap at the front showed how much pace he individually had, but the list of champion drivers who could not pass other champion drivers around Monaco despite new tyres and faster cars is a long and distinguished one. It doesn’t diminish Hamilton’s performance one bit.
@slowhands

@Girts had a unique take on the matter:

Hamilton was actually so good he lost the race – if his advantage had not been so big before that stop, Mercedes would have not tried to make it work.
@Girts Hamilton wasn’t the only driver to star over the Monaco weekend. Two other drivers both had very different races and results, yet ended up separated by just 0.2% of the vote in second and third place.

Sergio Perez had undoubtedly his best performance of the season to start and finish seventh – behind only the significantly faster Mercedes, Ferrari and Red Bull cars – and also put his highly-rated team mate Nico Hulkenberg in the shade. Perez took 13.4% of the vote.

Perez has my vote. I´m pretty sure the Force India wasn´t the fourth-quickest car, so seventh in qualifying and race is overachieving throughout the weekend.
@crammond

Verstappen may have instigated Hamilton’s dilemma with his crash – for which he carries a five-place grid penalty into this weekend’s race – but he impressed as well, taking 13.2% of the vote.

He began by setting the second fastest time in first practice, then reached Q3 and missed eighth place by just a few hundredths of a second. He passed Pastor Maldonado early on, but a slow stop threatened to ruin his race. However he cunningly made use of the blue flags by sticking to the rear of front runner Vettel to slip past his tema mate and Valterri Bottas, before that crash.

I voted Verstappen, because he showed great pace and nice overtaking.
@bascb

However @come-on-kubica suggested we should give more credit to the first driver to win at Monaco from somewhere other than pole since 2008.

It’s got to be Rosberg, he managed to win from second in Monaco.
@come-on-kubica

64 comments on “‘Moral victor’ Hamilton wins Driver of the Weekend”