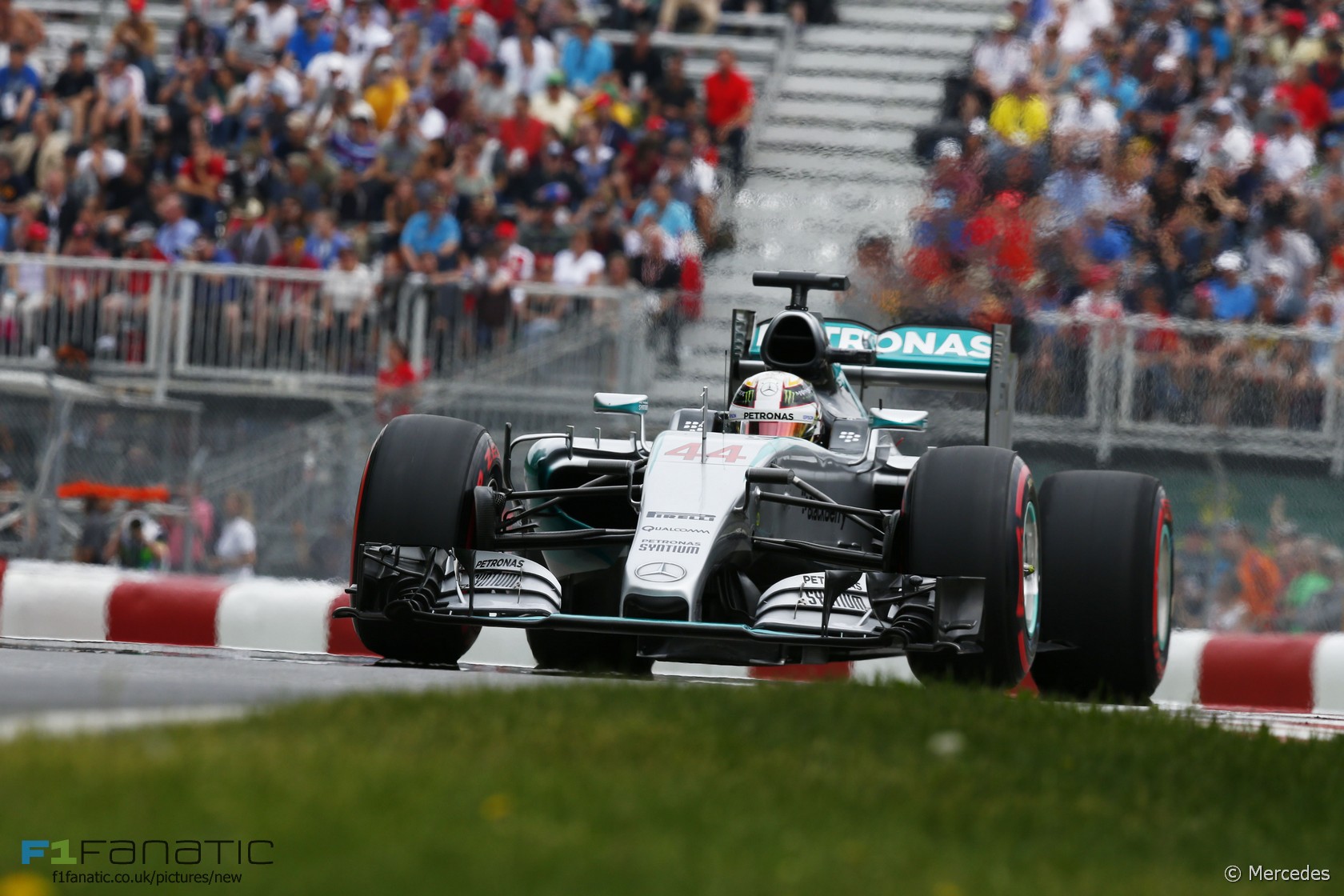 It was nip-and-tuck between the two drivers for most of qualifying, but in the final top ten shoot-out Hamilton’s first run proved quick enough for pole position.

Kimi Raikkonen put his Ferrari third on the grid but Sebastian Vettel was eliminated in the first phase of qualifying after a problem with his engine.

First blood went to Rosberg by just two thousandths of a second as qualifying began, the two Mercedes only using the harder soft tyres. But Kimi Raikkonen got within four-tenths of a second of them on the same rubber on his first run.

But the other Ferrari of Sebastian Vettel made a beeline back to the pits without setting a time as the team discovered a problem with his MGU-H. He was despatched back onto the track with enough time to do two laps – but he fell short by three-tenths of a second.

Vettel’s elimination wasn’t the only shock in Q1. Felipe Massa was also nursing a problem with his Williams, complaining he had “no power”, and ended the session half-a-second off Vettel.

The two Manors were eliminated as usual, and Jenson Button never left the garage as his mechanics were unable to replaced his damaged power unit from the first practice session.

Mercedes showed their true pace as the second part of qualifying began – but still there was little to choose between the two drivers. Rosberg flew through the first two sectors on his was to a 1’14.673. But Hamilton, following along behind him, delivered a stunning final sector to nab the fastest time by 12 thousandths of a second.

Aside from Massa, who had already been eliminated, the seven remaining Mercedes-powered cars all took up places in Q3. That left room only for Raikkonen and the two Red Bulls – Daniel Ricciardo pipping Carlos Sainz to the final top ten place by less than four hundredths of a second.

Sainz out-qualified Max Verstappen but the two Toro Rossos will be several places apart on the grid as Verstappen will have to take two penalties.

A scruffy lap by Nasr left him last of the drivers in the drop zone – his engineer believed a time closer to Ericsson’s was possible. Nasr made a point of thanking his mechanics on the radio for their efforts in getting his car ready for qualifying at all following his crash in practice.

Rosberg couldn’t beat his Q2 benchmark with his first run in the top-ten shoot-out – but Hamilton could. While Rosberg complained of a lack of rear grip – which his team put down to a problem with his set of tyres – Hamilton produced a 1’14.393 which put him over three-tenths clear of his team mate.

Neither driver was able to improve on their final run, and with none of their rivals able to break the 75-second barrier that cemented pole position for Hamilton. “What a rubbish end to qualifying,” Rosberg lamented.

Raikkonen held on to third place despite a lurid moment at turn four where he skirted the barrier. Valtteri Bottas pipped the two Lotus drivers to fourth place – the black-and-gold cars surprisingly emerged from the pits side-by-side at one stage.

Nico Hulkenberg put his Force India in seventh with the two Red Bulls between him and Sergio Perez.