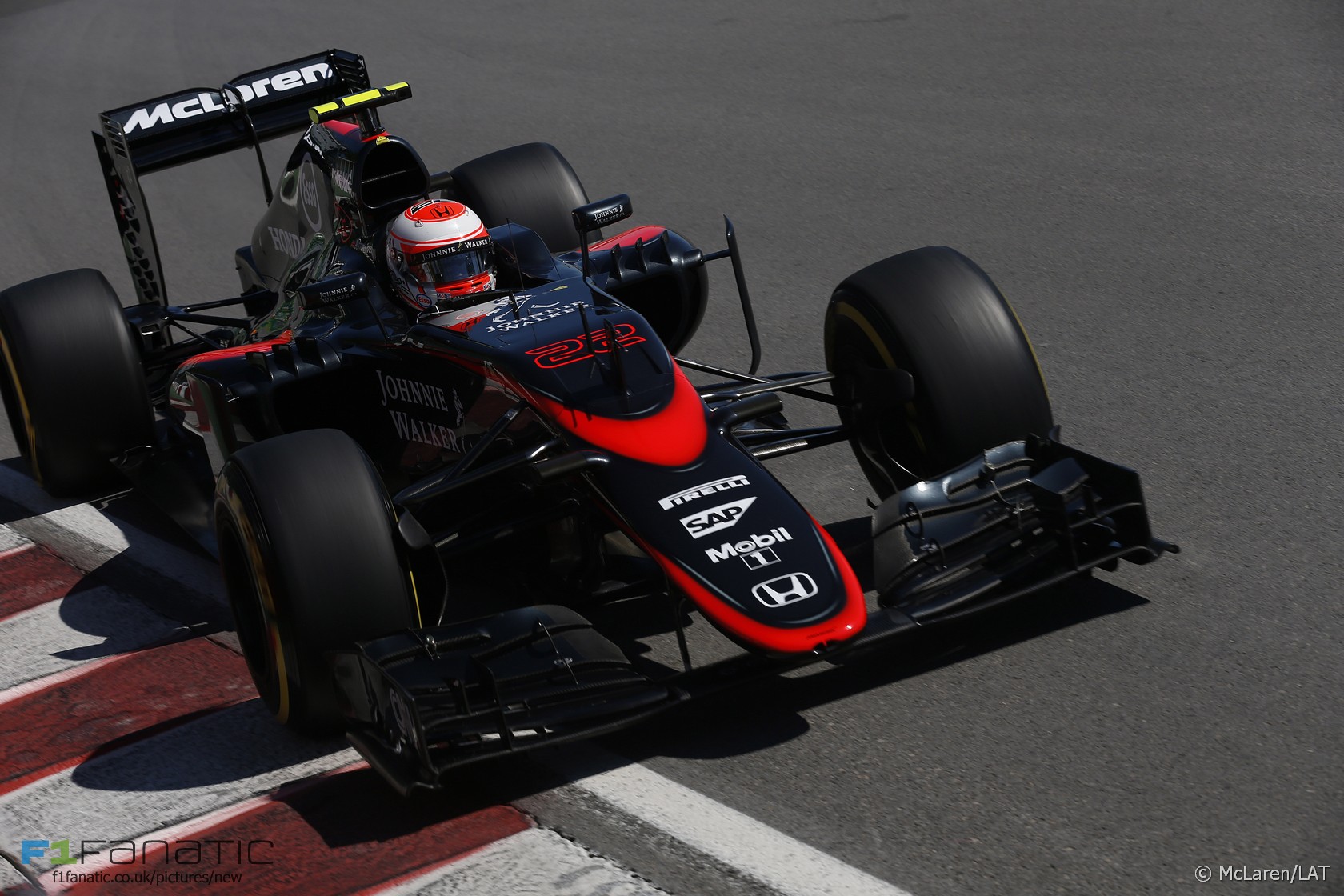 Jenson Button will incur a drive-through penalty to be served during the Canadian Grand Prix after four of his power unit components were replaced.

McLaren have fitted a new engine, MGU-K, MGU-H and turbocharger to Button’s car. The latter two are the fifth examples of each he has used this year, meaning he incurs a penalty for changing them.

Ordinarily Button would incur a ten-place plus a five-place grid penalty for the two infractions. However as he is already starting from last place, these penalties cannot be served. His total 15-place grid demotion is therefore converted into a drive-through penalty under new rules introduced this year.

Button suffered an ERS failure during practice which led to engine damage. Max Verstappen will also serve a penalty after the race has started for a power unit component change.