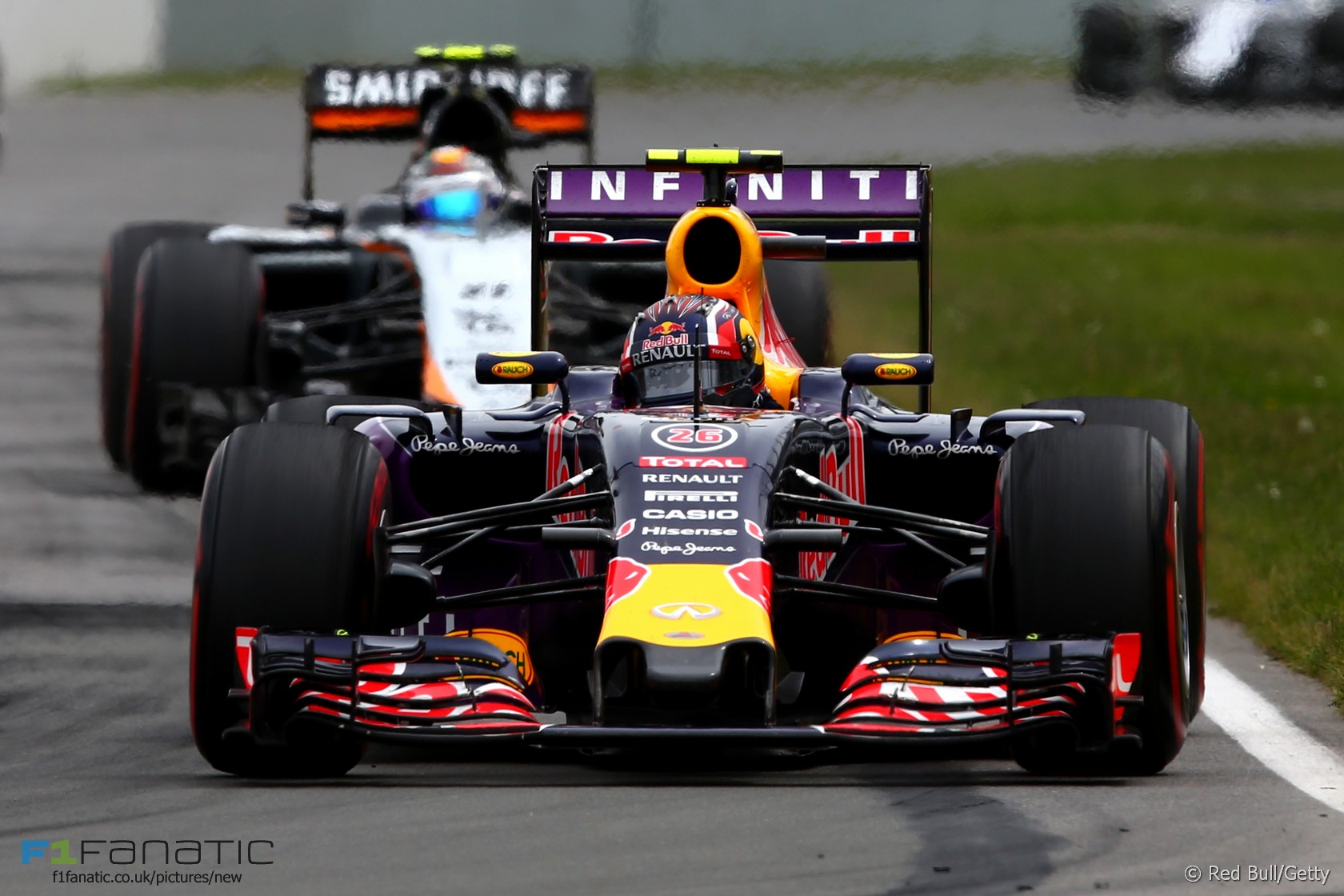 It’s just the whole bloody system that’s ridiculous. I finally get a car I can drive as I like it, and I run out of gas.

I mean, is this racing?

One subject dominated the airwaves – or at least what we got to hear of them – during the Canadian Grand Prix. Out of 145 messages broadcast between the lights going out and the flag falling there were 36 – almost a quarter – to do with saving fuel.

It may seem preposterous that Formula One teams spend millions to develop their high-performance racers, then put so little fuel in them it appears as though their drivers are constantly being told to back off and save what they have. But it is being done for sound reasons, and it may not be easy to discourage it. The 702kg minimum weight limit for an F1 car includes its driver but excludes fuel. Teams are then allowed to add up to 100kg of fuel for the race distance.

There’s an obvious trade-off here: if teams slosh in the full allocation they increase the starting weight of their car by over 14%. More fuel makes it easier for them to reach the end of the race, but that extra weight means slower lap times and a higher demand on tyres and brakes.

There are other headaches for the engineers when it comes to deciding how much fuel to put in their cars. Weather conditions can affect fuel consumption significantly: tailwinds and headwinds can have positive and adverse effects, and fuel consumption is far lower on a wet track as drivers spend far less time at full throttle.

The Safety Car is another massive variable. This goes some way towards explaining why Sunday’s Canadian Grand Prix was considerably less action-paced than the 2014 edition. Last year it was out for the first seven laps of the race – 10% of the grand prix distance – allowing drivers to save a huge amount of fuel early on.

However this year’s race was green from start to finish, and as early as lap four we began to hear messages like this:

This gives some insight into why fuel saving messages have become so common. Compare it to the quote at the beginning of the article.

It will not surprise many of you to learn it isn’t from Nico Rosberg or any of his contemporaries – this was his father Keke talking after running dry on the last lap of the 1986 German Grand Prix. Here’s the rest of it:

I’m not a fool, if my read-out had told me there was a problem, would I still have been running that close to Nelson [Piquet] on the last lap? No, I would have eased off – I knew my second place was not in danger. [Team mate] Alain [Prost] and I both ran minimum boost all the way – we knew there was no other way to finish.

It’s not [engine supplier] Porsche’s fault, it’s just something that’s bloody difficult to achieve. When the mechanics of the engine are changing all the time, you’ve got to be able to change the computers accordingly. And you need test data for that – if you don’t have it, they’re lost.

This was true three decades ago for 1.5-litre turbo engines which pale in terms of complexity to today’s hybrid power units. But while engines have grown more sophisticated, so have the tools and tactics the teams can employ to manage them.

Rosberg couldn’t manage his fuel use in a sophisticated way because his data was unreliable. But today even television viewers have access to the same fuel consumption data as the FIA.

Why drivers lift and coast

Today’s drivers are well-versed in the technique of fuel-saving. Kvyat’s message shows he knew that by starting to save fuel early in the race, and doing so a little and often, it would lessen the overall impact on his performance, and potentially put him in a stronger position in the later laps.

When a driver is told to save fuel during a race, the ‘lift and coast’ practice is the most effective way of doing it while minimising time loss and reducing the opportunity for a rival to take advantage. It involves ‘lifting’ the accelerator before the start of a braking zone, then ‘coasting’ without applying brakes or throttle until they reach the braking point.

This spares the engine from being run at maximum throttle while at top speed, which is when fuel is burnt at its highest rate. It is therefore the most effective way of saving fuel. As we heard on Lewis Hamilton’s radio, drivers can make the necessary gains by lifting as little as 50 metres earlier.

But this isn’t done just to save fuel. The reduced strain on the engine helps bring temperatures down. And it helps prolong brake life: the huge drag of a Formula One car means that merely lifting the throttle causes significant deceleration, so when the driver eventually begins braking they do so from a lower speed, reducing the stress the discs experience.

Is there too much fuel saving in F1? Evidently, the concern that too much fuel saving is bad for racing is not new to F1.

Nor was the practice absent under the previous engine regulations. In the last season with V8 engines, some teams would fill their cars with up to 10% less fuel than they needed to complete a race distance, then ‘lift and coast’ to make savings when needed.

But are drivers backing off more with the current engines than they used to? This was what David Coulthard claimed in a recent article.

Sunday’s race gave evidence to support that view, such as this mid-race conversation:

Fuel saving was such an urgent priority for Toro Rosso that even when Verstappen was told to increase his pace and take the remaining life from his tyres in the laps leading up to his pit stop, he was still being told to watch his fuel use. On two prior occasions we heard him being told to stay within DRS of the car in front – not necessarily to make a pass, but to save fuel by being in the leading car’s slipstream.

And the need to save fuel weighed even more heavily on the McLaren drivers:

However we can’t exclude the possibility that we are more aware of fuel saving now because of the increased amount of team radio chatter which is broadcast these days.

Can fuel-saving be eradicated? What could F1 do to stop or reduce the amount of fuel-saving being done? Past experience, such as the FIA’s various attempts to lower nose heights in recent years, shows how tricky it is to satisfactorily write rules which stop teams from doing something which brings with it a performance advantage: in this case, reducing weight.

A crude (pardon the pun) answer would be to force all the teams to use the full 100kg fuel allocation. But there are obvious workarounds to this which teams could employ.

As the era of ‘fuel credit’ qualifying showed us, it is well within their abilities to run rich, fuel-burning engine maps to get rid of the excess weight of petrol, and then race as they do today. Under the current rules drivers could simply do several pre-race reconnaissance laps with their engines in ‘fuel burn’ mode to achieve this.

Would fuel-saving disappear if refuelling was reintroduced, as the Strategy Group desires? Not necessarily. In IndyCar, where refuelling is allowed, drivers are often heard being given their fuel mileage figures so they can stretch their fuel between stints in order to make fewer pit stops.

A similarly obvious ‘fix’, though a merely cosmetic one, would be to forbid teams from giving their drivers instructions about fuel, much as they already are banned from talking about racing lines and other things. But if the intention is to encourage more flat-out racing, this wouldn’t even qualify as a sticking plaster solution.

It’s not hard to see what turns people off about racing drivers being told to back off and reduce their pace. But getting them to stop doing it may prove difficult.