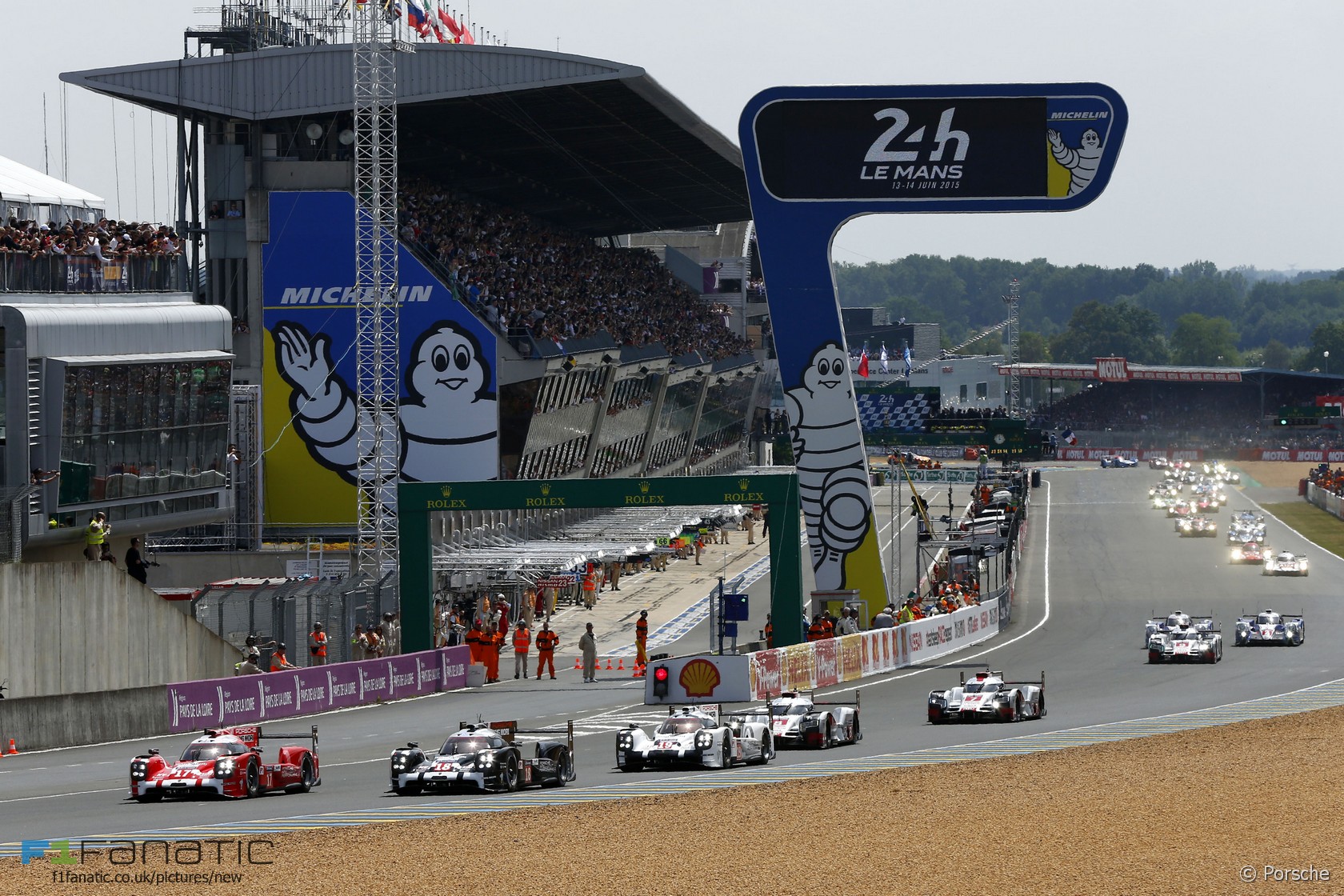 In the round-up: Fernando Alonso explains why he and other F1 drivers are attracted to competing in the Le Mans 24 Hours.

"You drive within 0.3s (per lap) for two hours and three stints. Being able to drive the same car for two hours is something we have forgotten in Formula One for the last couple of years."

"I mainly think about the drivers; the guys who should have the opportunity to experience something phenomenal. If they’re happy, and on the edge, and it’s risky, pushing the boundaries, then the fans love it. At the moment it’s not like that."

"Unfortunately I don’t have any offers right now. Maybe after the summer break, I hope someone calls me and says 'please give me your good engine'!"

"Since the moment I started getting to know the team, I have been positively surprised about the potential and manpower and the passion for the brand."

Helmut Marko says that Alain Prost, Nelson Piquet and Niki Lauda will all be demonstrating original 80s turbo cars at the Austrian GP

Super race we start fromP6and we finish P2 Was a really good race with really nice overtakes Thanks for the support pic.twitter.com/ENvPFXhD1G

This is just another level ! Spectacular watching Nico Hulkenberg in his Porsche lead the Le Mans race at night. Brutal speed and excitement Andy has his first experience of the Le Mans 24 Hours:

I’m a long time F1 nerd. Over the last ten years I’ve been a little blinkered to anything else, because F1 was delivering the goods. Now that F1 is failing, for reasons we’ve all read about on this very forum, I find myself watching the 24-hour race at Le Mans with any degree of committed attention.

I’ll be honest, I’m finding things pretty difficult to follow, but a fair level of finger pointing can be made in the direction of the UK TV coverage people for that. It’s not terrible, but far from poor also. I’m also struggling to follow some of the battles, but then again, I imagine it’s nearly impossible for the race camera director to cover such a large circuit with such a spread-out field to get all of the action in.

On the positive side, I love the speed of the LMP1 cars. They are very impressive to watch. I’m also impressed with the level of work undertaken by the pit crews to get the cars serviced and back on track. Especially the lengths they go to make repairs after an accident!

Broadcasts of the race director’s communications to the teams is a very good idea. As is the ‘slow zone’ idea. I’m am, however, concerned about the heavy braking in the yellow flagged zone prior to the slow zone. It looks a tad unsafe to me to unsettle cars of various braking capabilities stamping on the brakes so close to each other on the approach to the scene of an incident.

All in all, I’m properly enjoying this. F1 has a lot to learn and should probably lend an ear to the WEC and how it does things. Even in regards to the speed and reliability the LMP1 regulations seems to provide. F1 should take note, better that than the current rhetoric of total ignorance and aggressive competition with rival categories.

Anyway, pour me another wine! There’s a race to watch!
Andy The number 19 Porsche 919 of Nico Hulkenberg, Nick Tandy and Earl Bamber leads the Le Mans 24 Hours at Round Up o’clock (1am in France). Join us for live comments here until the chequered flag:

85 comments on “Le Mans offers what F1 has forgotten – Alonso”