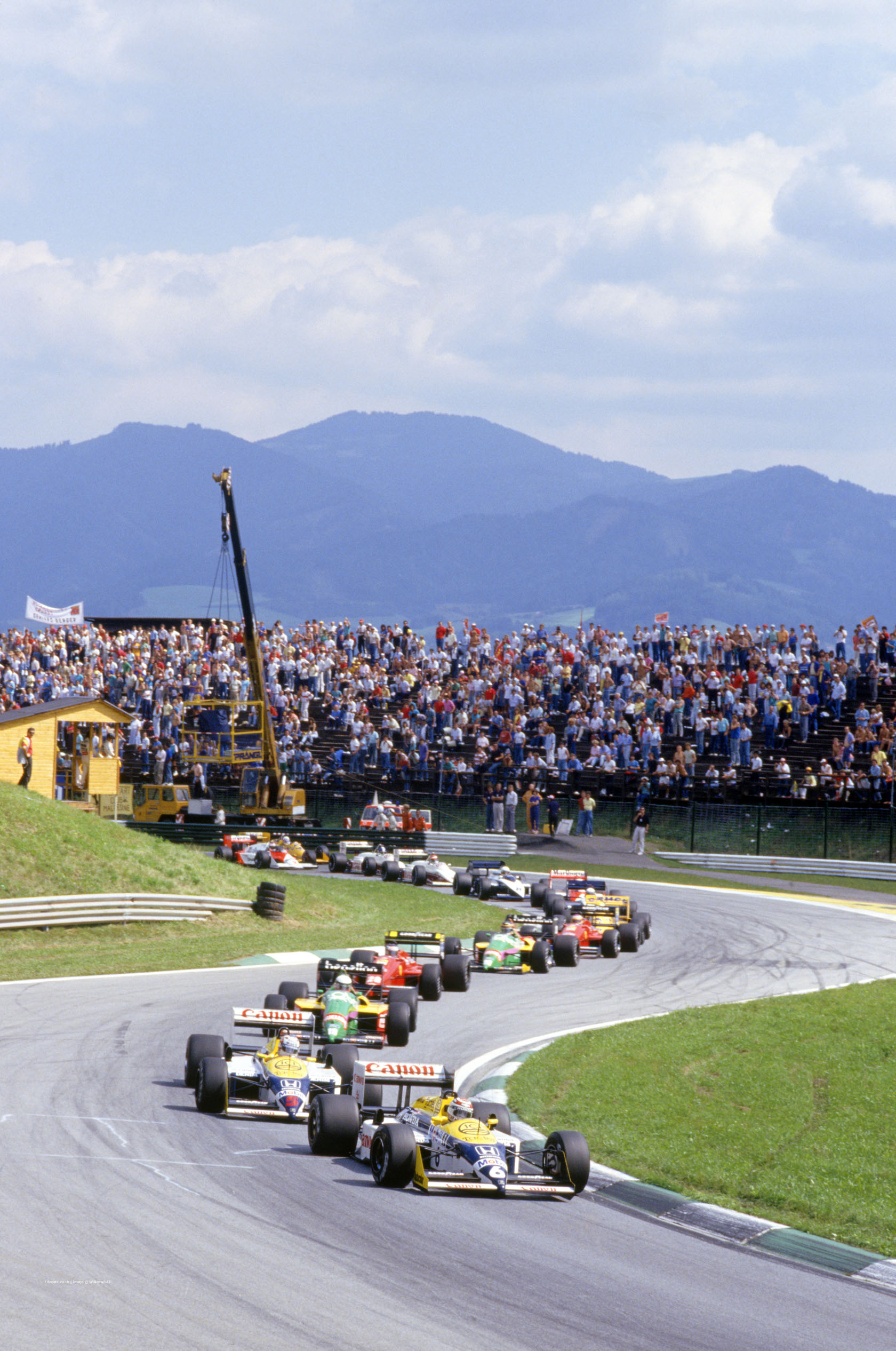 Starts were a problem when the Red Bull Ring was called the Osterreichring. The start was red-flagged twice at the last race on the original circuit.

Since F1’s return to the A1-Ring – now the Red Bull Ring – they have been much more orderly. But Lewis Hamilton impressed last year by making up five places on the first lap. At a track which rewarded pure power, Nelson Piquet led the turbocharged Brabham-BMWs, Renaults and sole Ferrari of Patrick Tambay at the start. But one by one they were struck by mechanical gremlins, leaving Elio de Angelis in the black-and-gold Lotus to pip Keke Rosberg to the line by five-hundredths of a second. The Osterreiching bowed out of Formula One five years later, by which time the shortcomings of the track had become painfully apparent. It took three attempts to get the final race started after two first-lap collisions, one of which completely blocked the grid. There was lap one trouble of a different type in 2001, the fifth year on which the race was held on the heavily revised and shortened circuit, now named the A1-Ring. Following the reintroduction of launch control four drivers failed to get away at the start: Nick Heidfeld’s Sauber, Mika Hakkinen’s McLaren and the two Jordans of Jarno Trulli and Heinz-Harald Frentzen.

Pole sitter Michael Schumacher was out-dragged to turn one by the two Williams-BMW drivers, but it was David Coulthard who won the race for McLaren. The 2002 race is better remembered for how it finished than how it started, as Rubens Barrichello gave up victory to Schumacher within sight of the flag.

Barichello had held his lead from pole position at the start while Schumacher passed his brother for third and Heidfeld’s Sauber slotted in behind him. But once again some drivers struggled to get away at all. This time it was back row occupants Minardi, though both Mark Webber and Alex Yoong eventually got going. F1 said goodbye to Austria again after the 2003 race. In an orderly getaway, Schumacher led the field to turn one while Juan Pablo Montoya moved up to second place at the expense of Kimi Raikkonen. F1 returned to Austria last year to a track which was unchanged in all but name – it’s now called the Red Bull Ring. This race was also the last time anything other than a Mercedes started from pole position. Williams locked out the front row, and although Nico Rosberg split them at turn one Valtteri Bottas reasserted himself as they climbed to turn two.

But the other W05 made gains that stuck – having started from ninth on the grid Lewis Hamilton completed lap one in fourth position – Rosberg must have been depressed to see his team mate appear behind him so quickly.