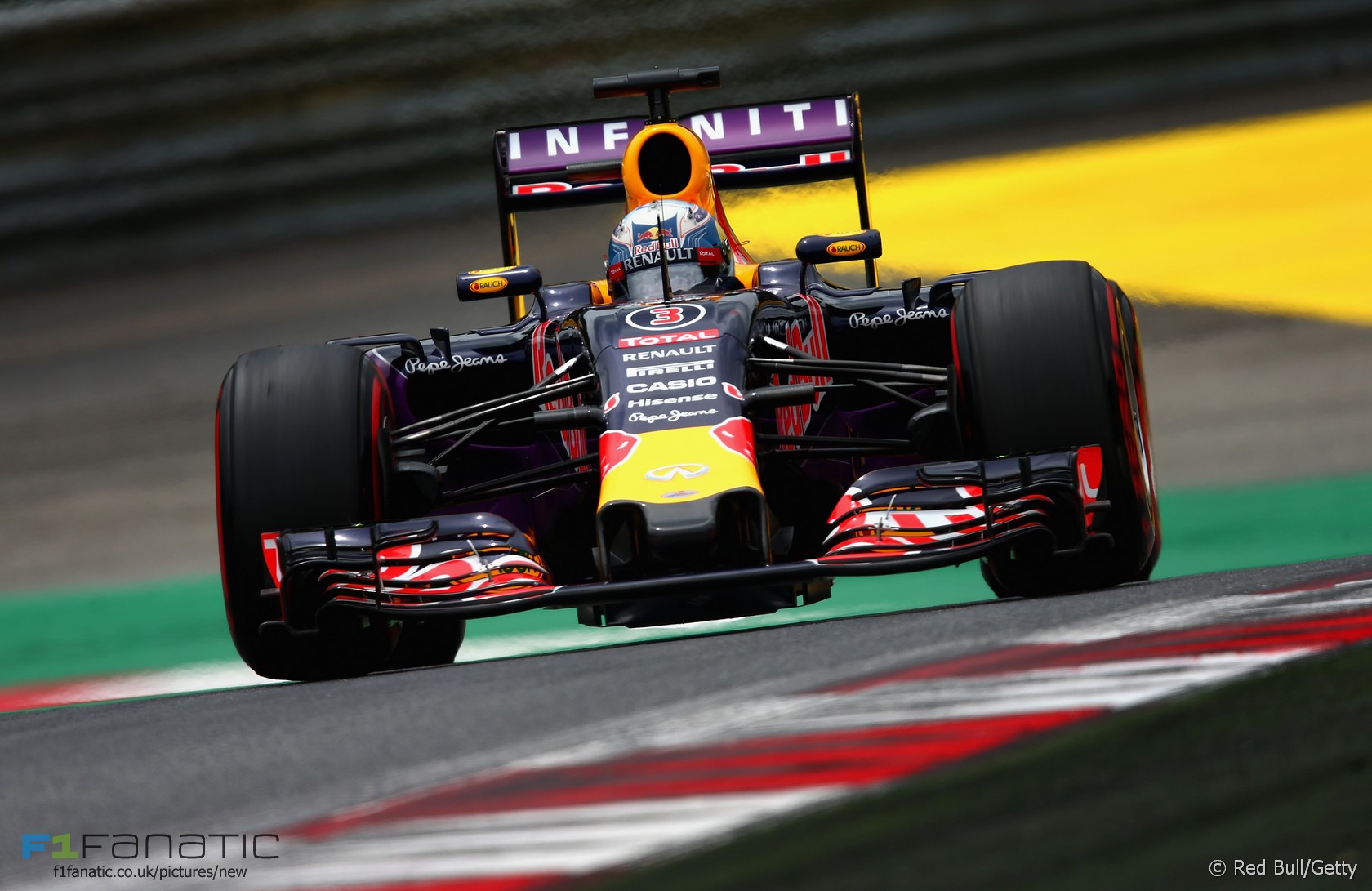 Daniel Ricciardo, Fernando Alonso and Jenson Button will all have to serve penalties after the Austrian Grand Prix begins.

The trio had grid position penalties for power unit component changes which they were unable to fulfil in full after qualifying. Under new rules for 2015 the remainder of their penalties is converted into a sanction for the race.

Button is the hardest hit of the three, and will have to serve a ten-second stop and go penalty within the first three laps of the race, as he was unable to serve 22 places of his 25-place penalty.

Alonso did not serve 16 of the 20 places he was penalised for power unit component changes and therefore will have to take a drive-through penalty. His five-place gearbox change penalty is not counted towards the penalty he receives in the race.

Ricciardo was given a ten-place grid penalty but could only be moved back four places, so he will have a five-second time penalty to serve in the race.

The only other driver with a grid penalty before qualifying, Daniil Kvyat, was able to serve his penalty in full.

9 comments on “Ricciardo, Alonso and Button get race penalties”