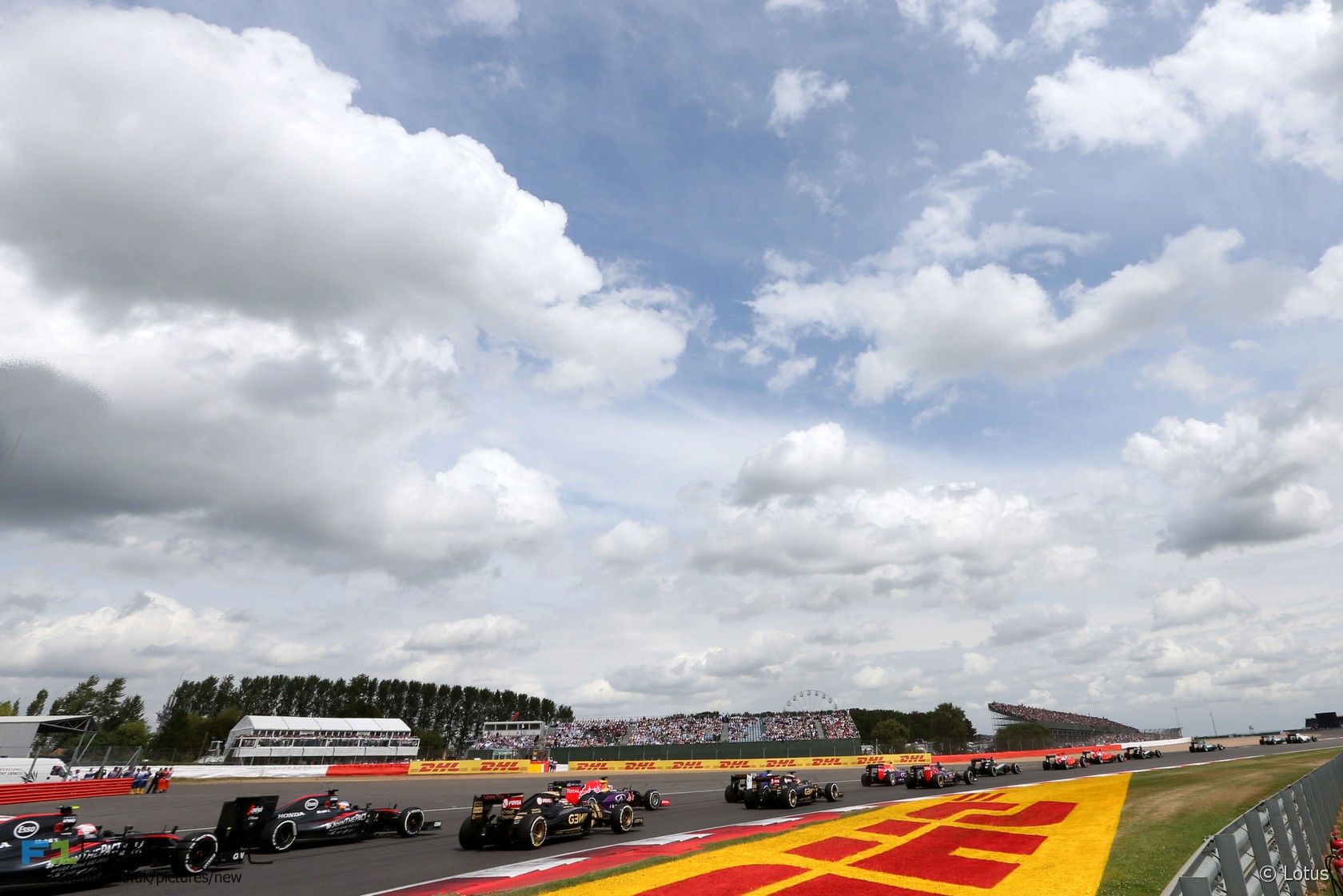 Ten of the best pictures which tell the story of the 2015 British Grand Prix weekend. Members of the British Racing Drivers’ Club look on as Romain Grosjean passes by. It was a good weekend for the Silverstone circuit operators as the track saw a combined attendance in excess of 350,000. While the Williams drivers stunned the Mercedes pair at the start, the Lotus drivers jostled for position with Daniel Ricciardo’s Red Bull, with the two McLarens in pursuit. That was all about to end in tears. That crash brought out the Safety Car and at the restart Lewis Hamilton skidded off while trying to pass Felipe Massa for the lead, opening the door for Valtteri Bottas to make it a Williams one-two at the head of the field. However Bottas was unable to pass his team mate as Williams initially told their drivers to hold station. The Manor drivers fought their usual spirited battle at the back. They had a lot of extra names on the side of their car, although only one of them belonged to a new sponsor. The rest was a list of all the team’s staff which had helped them return to racing. Lap 43 was the smart time to pit and, like Hamilton, Sebastian Vettel nailed it.

“It’s a tough call to make,” he admitted afterwards. “If it rains, yes, some cars are already pitting, you obviously think about it but if the majority of the circuit is dry, there’s no point.”

“Then I came out of Chapel and down the Hangar straight, noticed a lot more rain. I was trying to look at the clouds, all the laps before and though, ‘well, that’s the lap to go’.”

“Because it was significantly more intense, the rain. It wasn’t just drizzle, it was proper rain and I decided to box. Once I was in the box I was told that Lewis decided to – the leader – decided to pit as well so I thought, yeah, should have been a good call.” One lap later Nico Rosberg and everyone else who wasn’t on slicks headed for the pits – but by then the rain was falling hard. It wasn’t Hamilton’s smoothest win of the year, and that probably made his third British Grand Prix victory all the sweeter.