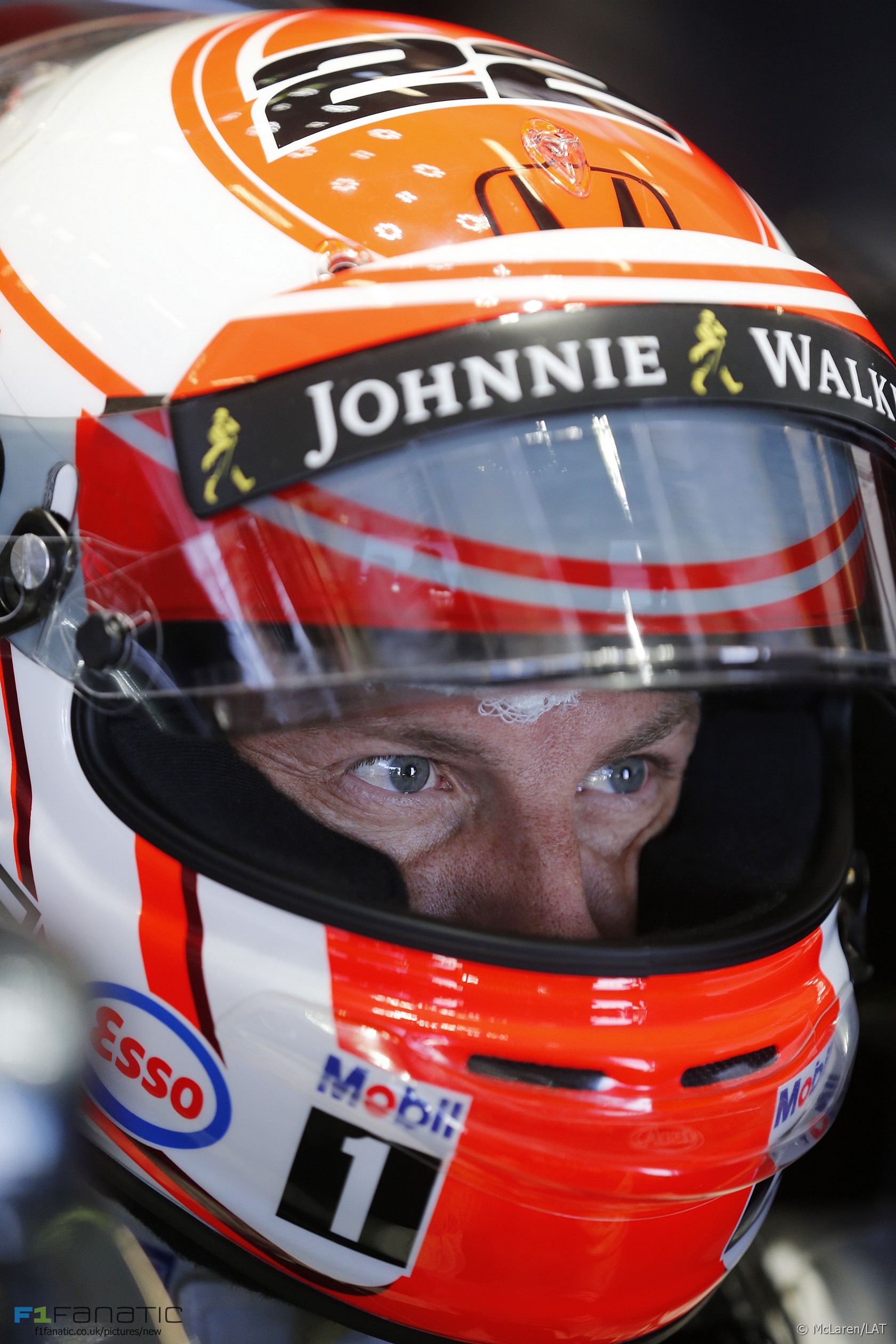 In the round-up: Jenson Button admits he is not guaranteed a place on the 2016 F1 grid.

"It is not a given, no – there are always options everywhere."

"If you tell me tomorrow that we can run full downforce then we will be seconds faster."

Pirelli: Not where we need to be (Sky)

"We are looking to make changes next year to get back to two or three stops, but we also need to have an agreement in place to allow us to do the testing to give us better information so we can ensure that happens."

"If the promoters struggle, there may be no race and that is not good for the future of Formula 1."

"I can’t see us being able to win a race this year. Not without one of those freak luck things."

"Maybe not going there for a year and coming back next year could be a good thing."

"We do not know the details of how we gain back the Austrian penalties etc. We have to confirm the details going forward, now that the FIA has made its decision."

Is Lewis Hamilton now the world's most stylish sportsman? (The Telegraph)

"It was a particularly outlandish Etro floral print shirt that saw him refused entry to Wimbledon’s Royal Box last week, for ignoring the dress code and not wearing a jacket and tie."

"He wasn’t wearing a jacket or tie. Wimbledon is not a beach in Marbella, it’s a major tennis tournament."

2,016 radio messages transcribed so far this year. Find them all (plus earlier seasons) here: http://t.co/ZOR4wkgTcw pic.twitter.com/1CLdG7pOsT Is it time to stop thinking about ‘improving the show’, and concentrate on something more important?

The sport is all. The ‘show’ is just a lucky by-product.

The never-ending quest by Ecclestone for more and more money is distorting this picture, not helped by the shallow clamouring for more overtaking, more winners, more sparks.

When Arsenal won the [football] Premier League without losing a single match, I don’t recall calls to restructure the sport, declaring it a ‘crisis’. Instead, they were celebrated, as a team that had competed and beaten all they faced.

I believe F1 should hold true to it’s core as a sport. If that makes it entertaining (I believe it will) then fantastic. If it doesn’t attract the viewing figures required to attract the money to keep it the global sport it has become, then I will be sad – but that would be a clear sign that our sport has had it’s day, and show bow out proudly rather than whoring itself out for money to struggle on as soulless mockery of what it once was.
Adam Hardwick (@Fluxsource)

While Alain Prost completed a hat-trick of wins for Ferrari with victory in the British Grand Prix 25 years ago today, his furious team mate Nigel Mansell announced he was retiring from F1. Already incensed at discovering his team mate had quietly been given the chassis he had been using, Mansell had led his home race from pole position only to drop out with another gearbox problem.

This was the last race on Silverstone’s simple configuration before extensive changes to the layout began. A huge field of 35 cars entered, and pre-qualifying was needed to eliminate five of the slowest nine: