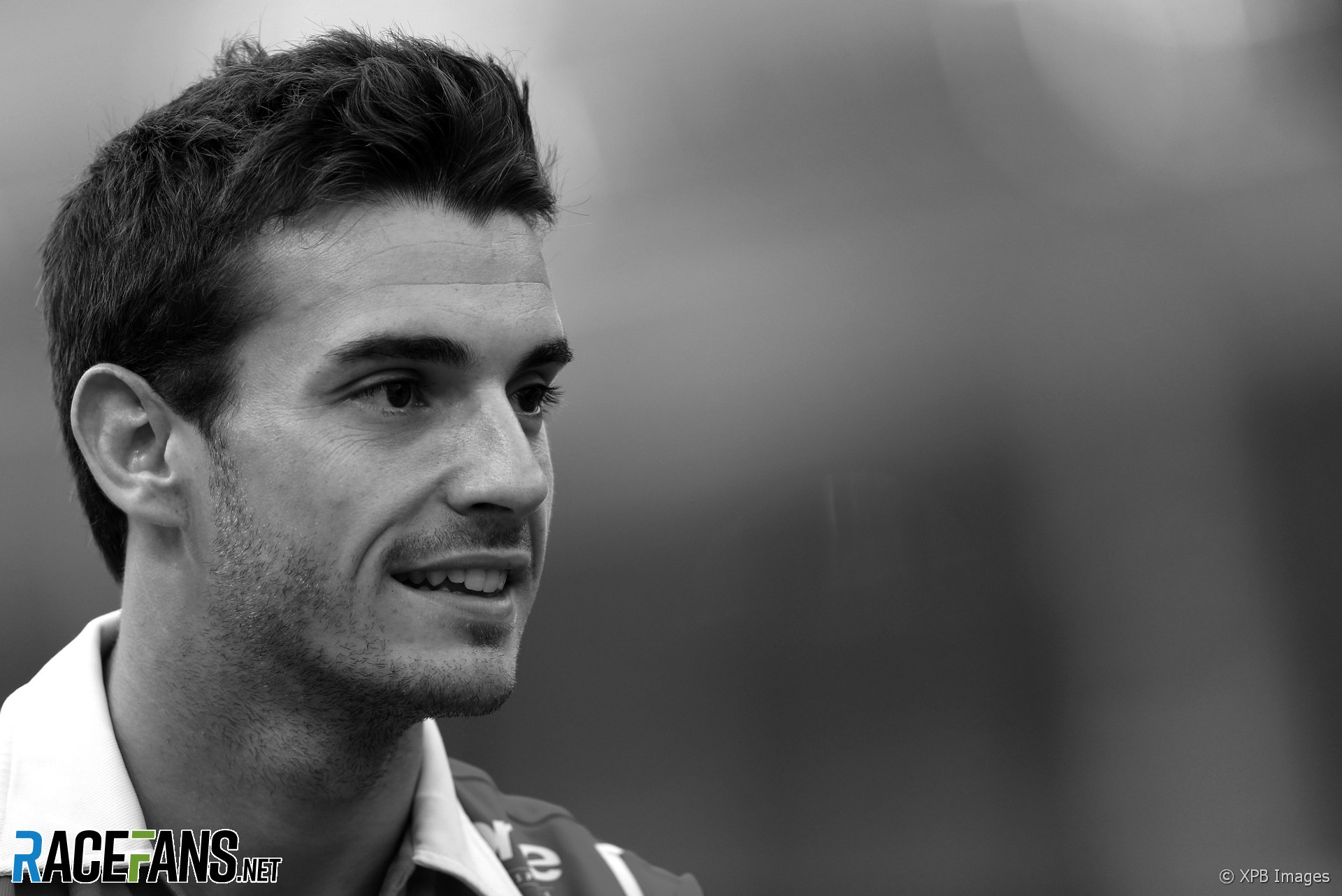 Jules Bianchi’s underdog triumphs with the Marussia team, and a string of successes earlier in his career, had put him on the radar as a potential Ferrari driver of the future.

But a life which should have taken him to Maranello and beyond came to an end far too soon. Yesterday, nine months after a violent crash in the Japanese Grand Prix, Jules Bianchi passed away.

The 25-year-old was the second member of his family to compete in Formula 1. His uncle Lucien raced for Cooper in 1968 and the same year won the Le Mans 24 Hours with Pedro Rodriguez driving a Ford GT40. However he was killed the following year when his car struck a telegraph pole while practising on the La Sarthe track.

Twenty years later, Jules Bianchi was born in Nice. He got behind the wheel of a kart for the first time following his fifth birthday.

Success followed quickly and by 2007, having just scooped the WSK International Series crown, Bianchi began his first season in racing cars. The transition was almost seamless: He opened his account in the French Formula 2.0 championship with a second place, and by the end of the 13-round series he had clinched the crown with five wins, eleven podium finishes, and a lowest finish of fifth.

Bianchi was immediately snapped up by crack French outfit ART for promotion to F3 Euroseries in 2008. By the end of the season only team mate Nico Hulkenberg and Edoardo Mortara, both with a year’s experience under their belts, were ahead of him in the standings, and Bianchi had impressed by winning the annual Masters race.

Returning as clear favourite in 2009, Bianchi decisively took the title with nine wins – the most by any driver in the series since Lewis Hamilton, an especially impressive feat given the subsequent introduction of reverse-grid races.

Now Ferrari was showing an interest in the career of a driver who was being managed by Nicolas Todt, the son of former team principal Jean Todt. Bianchi joined the team’s young driver academy, and had his first test for them at the end of 2010.

While continuing to test for Ferrari, Bianchi graduated to GP2 with ART. As in 2008, he ended his first season third in the championship behind two more experienced drivers: Pastor Maldonado and Sergio Perez. Bianchi’s one-lap pace impressed: he took pole position for his first race and repeated the feat twice more during the year. But while he consistently featured among the points-scorers, Bianchi ended the year win-less.

With a new chassis and tyre supplier arriving in the single-make series for 2011, much of Bianchi’s year one experienced was rendered irrelevant when he returned for a second season with ART. The result was, on paper, a near facsimile: third in the championship with 53 points, one more than he had managed the year before.

A poor start to the season had been Bianchi’s undoing. He tangled with eventual champion Romain Grosjean in Turkey, lost pole position to a yellow flag infringement in Spain, then collided with Giedo van der Garde at the start. He bounced back with victory at Silverstone – following a stirring scrap with former F3 rival Christian Vietoris – and from then on he took points in every race.

Bianchi grabbed the chance to gain F1 experience with Force India in 2012, making nine appearances in practice sessions during the course of the year. In the meantime he had switched to Formula Renault 3.5 in search of his first championship title in three years – and came agonisingly close to clinching it.

Again he suffered a frustrating start to the year – having finished second on the road at Motorland Aragon he was disqualified for a technical infringement on his car. The stewards found his limited-slip differential did not comply with the rules and 18 precious points were lost.

A close second to Sam Bird at Monaco and a repeat result in Spa got his season underway properly. A breakthrough victory at the Nurburgring soon followed, and with another win at a tricky wet/dry race at Silverstone set up a close three-way title battle between him, Bird and Robin Frijns.

Frijns appeared to crack under pressure at the Barcelona finale. On lap 20, Bianchi shocked his rival by diving for the inside at turn one and squeezing by. Now Frijns was under attack from Kevin Magnussen, and if those positions changed hands the title would have been Bianchi’s. But in a controversial twist, Frijns tried to re-pass Bianchi at turn four. The pair collided, and Frijns was champion.

However it was Bianchi who earned a graduation to Formula One, albeit not before another disappointment. Having originally been in the frame for a Force India drive, the team made a late decision to re-hire Adrian Sutil instead. That left Bianchi to team up with fellow rookie Max Chilton at the back-of-the-grid Marussia squad.

The MR02 was far from an ideal vehicle with which to demonstrate his potential, but the 13th place finish Bianchi took in his second outing at Sepang proved vital – it guaranteed the team tenth place in the championship ahead of rivals Caterham.

They went one better the following year, again thanks to Bianchi. In Monaco, where in 1968 his uncle had taken the only podium finish of his F1 career, Bianchi dragged his Marussia into the top ten for the team’s first scoring finish. Because of those two points, Marussia ended the 2014 season with ninth place in the constructors’ championship ahead of Sauber and Caterham.

That ninth place and the prize money it earned the team ultimately helped them survive the financial difficulties which kept them from racing at the end of last year. Tragically, Bianchi would never know the full implications of his achievement.

Marussia’s penultimate appearance came at the Japanese Grand Prix, which took place in dire conditions. As rain fell late in the race Bianchi was holding off Sutil for 17th place, until the Sauber driver aquaplaned off into the barriers at the Dunlop Curve. The next time by, Bianchi’s car also got away from him, and he struck the crane which had been sent to recover Sutil’s car with huge force.

Bianchi was taken to Mie General Medical Center in Yokkaichi where he was found to have suffered serious brain injuries. The following month he was taken back to France, but as he continued to show little signs of improvement the situation grew ever more grave.

“It’s unbearable, it’s a daily torture,” his father told the media earlier this week. “We sometimes feel like we’re going crazy, because for me, it certainly is more terrible than if he had died.”

Bianchi’s struggle ended yesterday. He passed away less than a month before what would have been his 26th birthday.