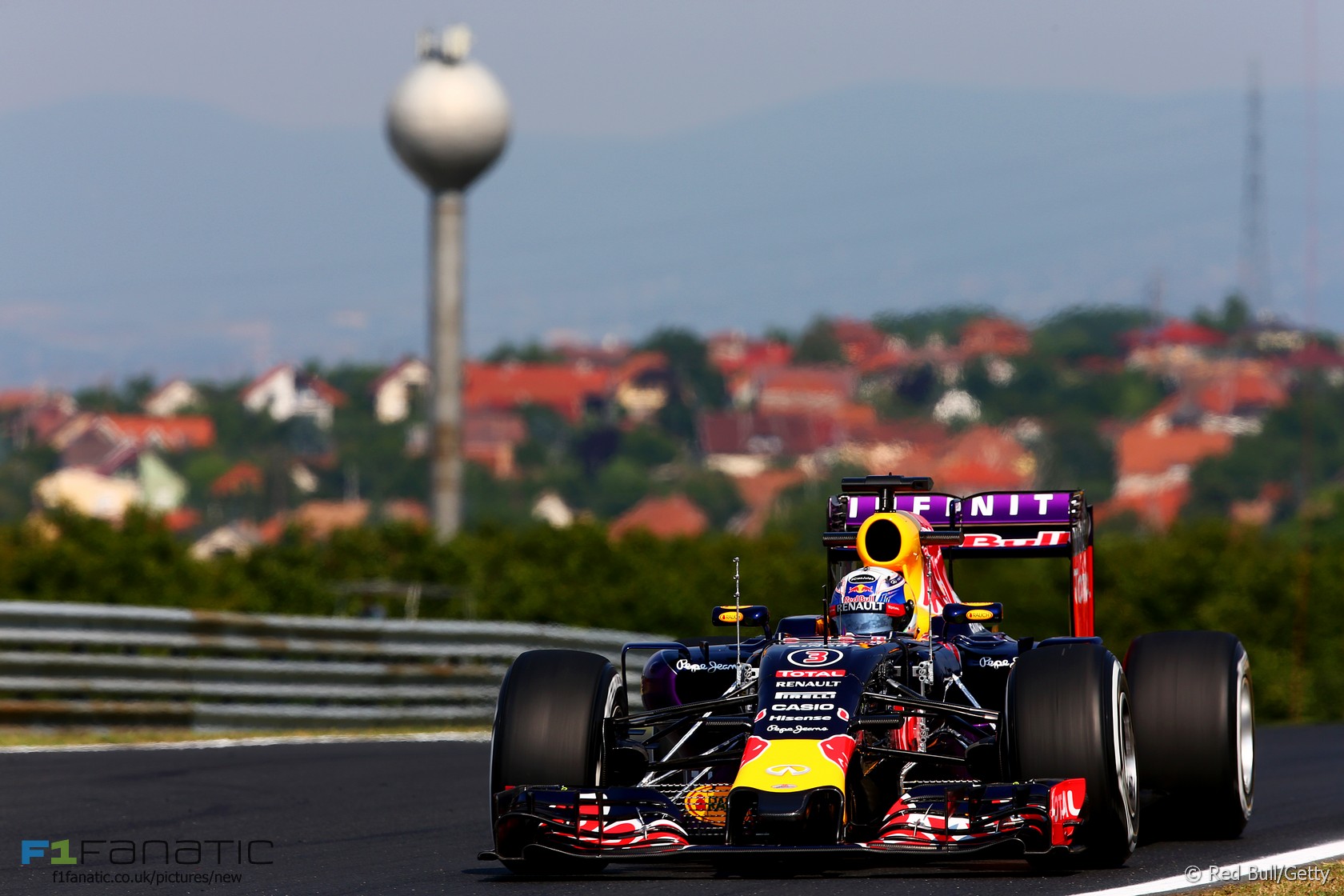 Red Bull will not see any performance upgrades on their Renault power unit until the Russian Grand Prix in October, according to Christian Horner.

Asked in a press conference today whether Red Bull could expect a performance upgrade in time for the high-speed races at Spa and Monza, Horner said: “I don’t think it is actually anything scheduled now before Sochi, [that] probably is going to be the earliest before we see any form of development or use of the tokens.”

Meanwhile the team is still facing problems with the reliability of its power units as Daniel Ricciardo had another failure during today’s second practice session.

“The engines that we’ve got at the moment are what we’re having to live with for the time being,” said Horner. “So engines four and five are what the drivers have been using been Friday and Sunday racing.”

“Unfortunately Ricciardo has now lost engine four so he’s only got engine five, that came into service for the first time in Austria, now to get him through the next few races. So only time will tell as to whether we can get to Sochi or not without incurring another penalty before introducing an upgraded unit.”

However Horner, who has previously been sharply critical of Renault, believes they are finding gains with their power unit. ” Renault would be the first to admit they’re not at all happy with where performance or reliability has been with this engine,”he said. “They are making progress, they are making strides.”

“I think the problem with engines is, unlike the chassis, it’s long lead time items.”