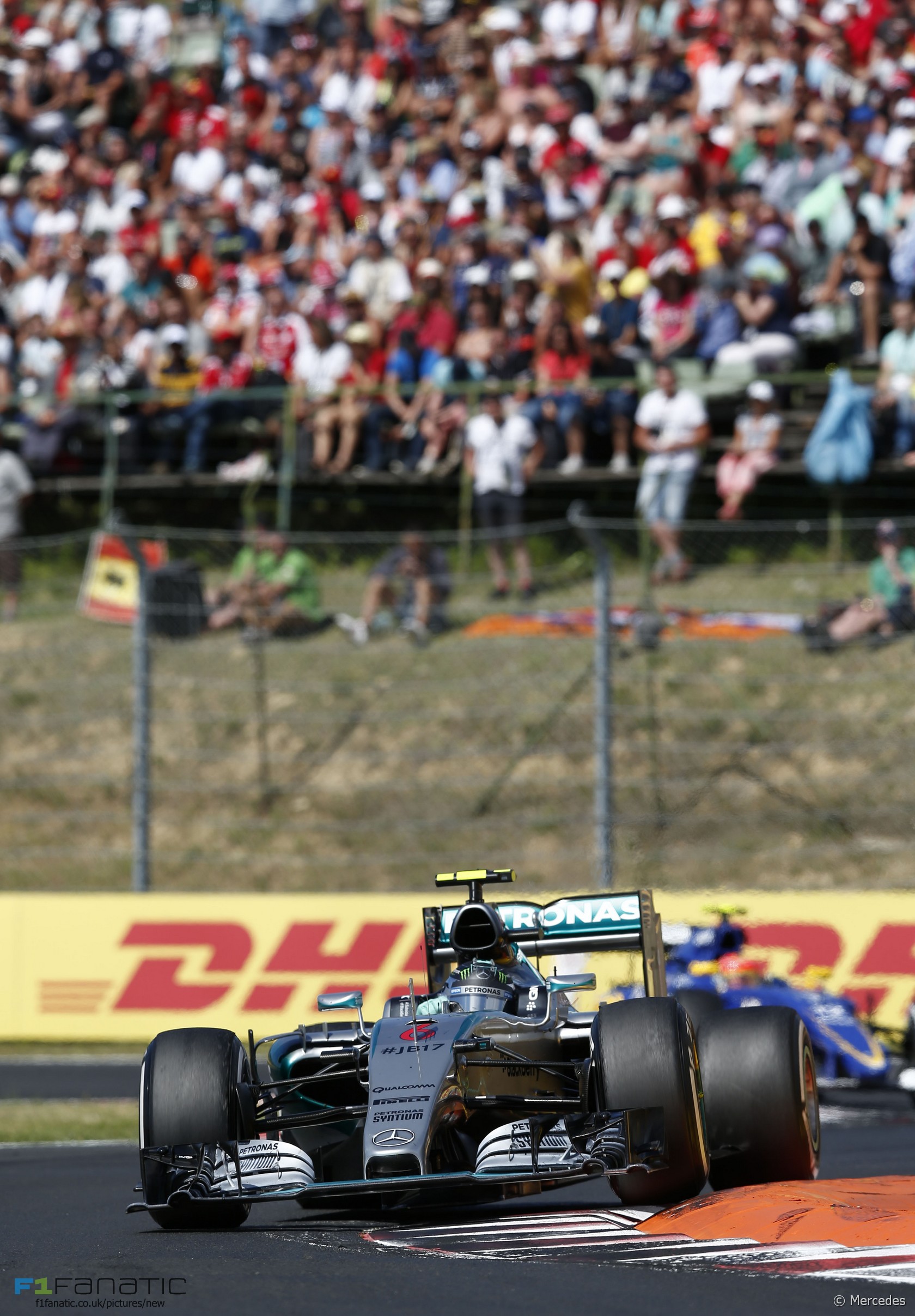 Did the decision to put Nico Rosberg on medium compound tyres instead of softs for his final stint cost him a chance to win the Hungarian Grand Prix? Mercedes admitted that in retrospect he would have been better off with a more aggressive strategy.

Rosberg had deviated from the standard strategy at his first pit stop as he tried to get on terms with the Ferraris. Surprisingly, having passed both the Mercedes at the start the red cars pulled away from Rosberg in the opening stint on soft tyres.

When Rosberg hit the pits for the first time on lap 20 he was almost ten seconds behind leader Sebastian Vettel. While most drivers started the race on softs and took another set at their first pit stop, Rosberg switched to mediums. Ferrari chose softs again, so had the race run green from start to finish Rosberg should have had the chance to return to the softs for an attacking final stint while the Ferraris ran the medium tyre.

But it didn’t work out that way. The Virtual Safety Car was deployed after Nico Hulkenberg crashed on lap 42. This handed all the teams the opportunity to make a pit stop while losing minimal time. Mercedes seized it, but due to the position of the cars on the track when the VSC boards came out Rosberg was one of the first drivers in.

“The default set of tyres was the [medium], as we still had around 30 laps to go in the race under normal conditions,” explained the team’s executive director Toto Wolff afterwards. There was an added pressure due to the suddenness with which Rosberg appeared in the pits: “That was the only set we were able to fit to the car in time.”

A few other drivers did opt for the soft tyre at this point or earlier, including Daniil Kvyat (who did more than half the race on one set), Pastor Maldonado and Felipe Nasr. “In hindsight, the [soft] tyre would have been ideal to attack Sebastian, who was forced to run the [medium],” admitted Wolff, “but hindsight is a wonderful thing”.

Drive-through penalties: Maldonado on laps 24 and 58, Hamilton on lap 54 and Verstappen on lap 56

20 comments on “Softs would have been better for Rosberg – Mercedes”