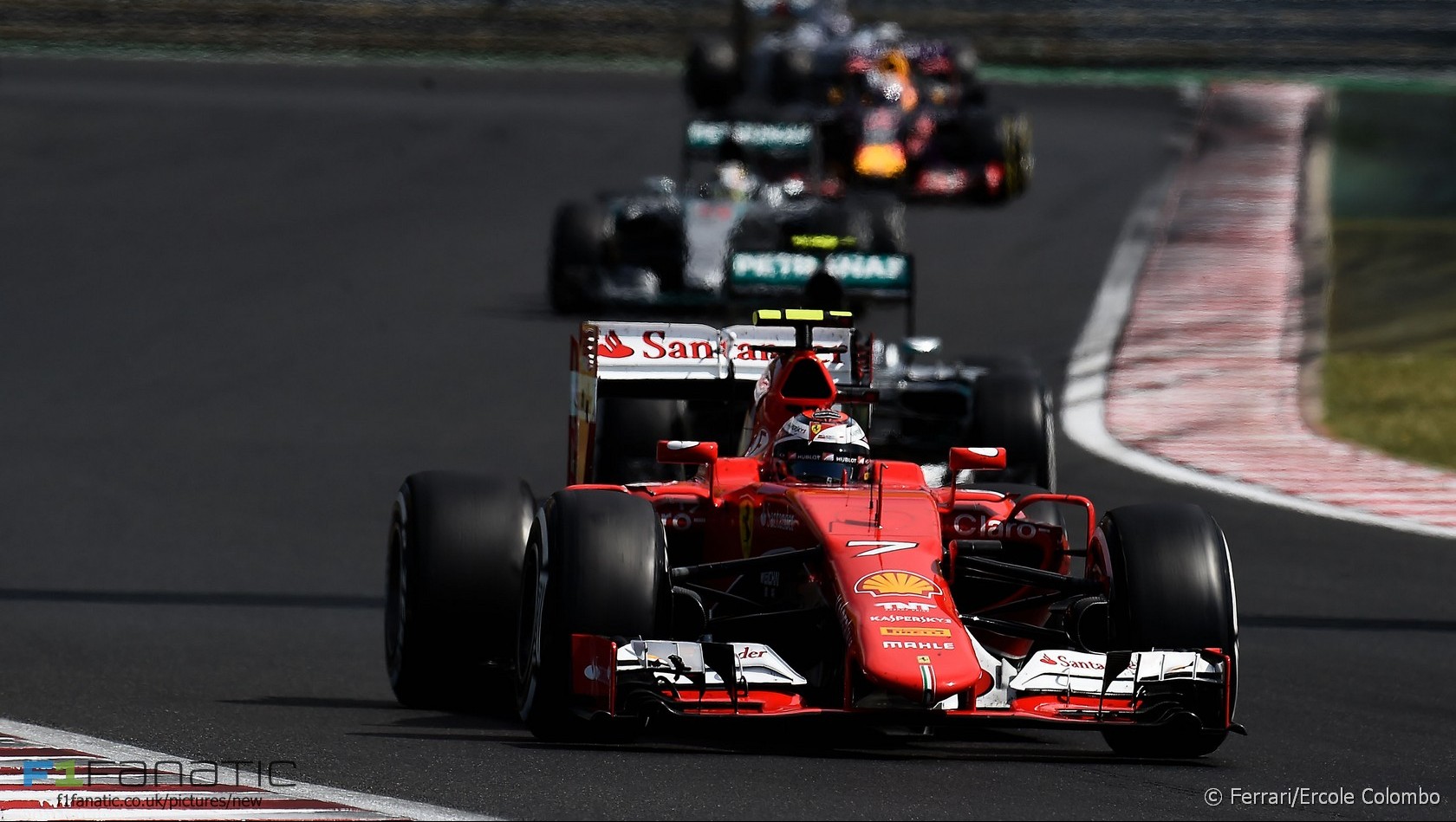 In the round-up: Amid doubts over his Ferrari future Kimi Raikkonen reminds people to consider his performances this year, not just his results.

Raikkonen urges critics to focus on performance not results (Crash)

"People can look at it two ways, they can look that we did well or they can just look at the result."

"The £10-million-a-year ex-champ protests: 'I still have the speed and the motivation and I'm going to keep on trying.'"

"I am a big fan of driver programmes. We had that in the past, but maybe it was a bit too ambitious because we had a lot of drivers."

"For sure, we are going to be clever now in the future with what we do."

Last weekend’s Caption Competition was one of the best we’ve had for a few months. After much chuckling and deliberation, the winner is Sare: Once more the Red Bull pit wall decides to get Kvyat out of the way.
Sare

Thanks to everyone who joined in and special shout-outs to @Schooner, @Dave-M, @fullcoursecaution, @Vettel1, @hunocsi and @Coldfly who also came up with very funny captions. Ferrari test driver Esteban Gutierrez drove one of the team’s 2009-specification F60s in a demonstration run in Mexico City ahead of the return of the Mexican Grand Prix to the calendar in November.

Carlos Reutemann won the German Grand Prix on the Nurburgring Nordschleife 40 years ago today. Niki Lauda led from pole position – having set F1’s first sub-seven minute lap of the circuit – but picked up a puncture and fell to third behind Jacques Laffite’s Williams.

63 comments on “Raikkonen: Look at performance, not just results”