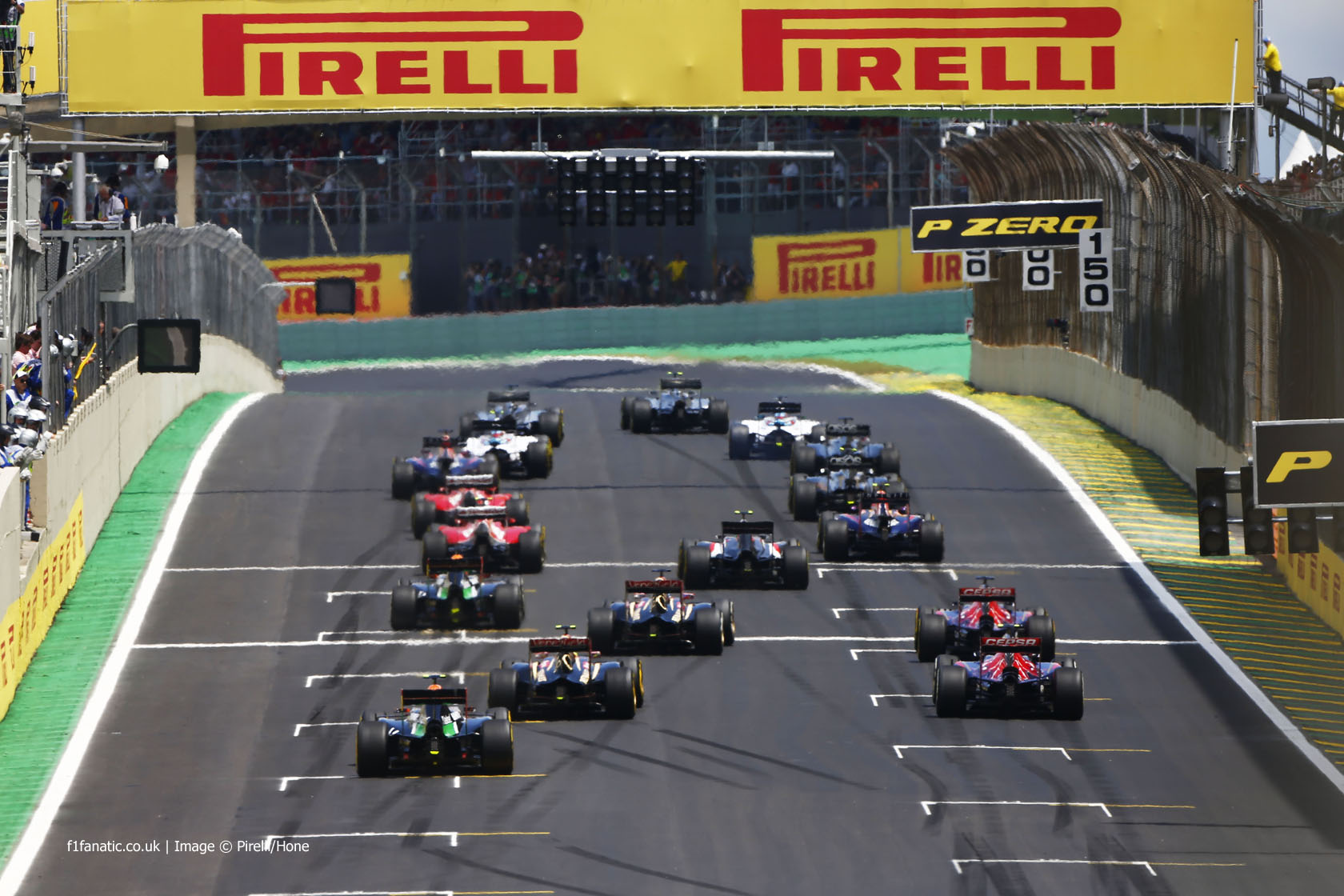 In the round-up: Haas will be the only new team on the F1 grid in 2016, the FIA has confirmed.

"The FIA has confirmed a 12th F1 team will not be joining the grid next year after no new teams emerged as successful candidates from its tender process."

"I had a good run of four or five races where I took 120% out of the car. All the simulations suggested that we were always out of the points so what we did up to there was a very good effort from the team."

"Most likely the first one will be in Monza. It's unfortunately a season that we never had before."

"They also drive very differently. They do their own thing, which is good because they have each other to bounce off, they can see what the other guy is doing and try and respect that."

"I agree that it is right that the start is totally back in the hands of the drivers. At least that way we won't keep being told that a good start is about the driver and a bad one is the fault of a computer program!"

"Most of the drivers here are very quick but they don’t risk. This is a sport where you need to risk sometimes." How can F1 strike a balance between new and classic races?

There is plenty enough space on the F1 calendar to host the classics and a selection of other quality tracks and some new challenges. Twenty races is not a small number.

There is something wrong with a pricing structure where a circuit’s income is strictly spectator-dependent and the expenditure is heavily biased against spectators. The tracks that can afford to pay the most tend to be the ones that least care about spectators because they are motivated by marketing and such. An individual track’s marketing is simplest if it spends lots of money on the marketing – which means little left over for spectators. Especially after Bernie’s demands on VIP facilities and the FIA’s demands on trackside furniture (plus profit-generating escalators in an attempt to compensate for falling TV audience) leave so little left in the wallet for circuits to make their races a good experience for the sort of people in a position to buy the (usually relatively expensive) tickets.

F1 hasn’t been designed to be primarily funded by circuits since at least 1992, and possibly before that. The collapse of the TV audience and the concomitant difficulties in maintaining TV fees has exposed the flaws in the circuit funding model quite dramatically.

A better policy would be to have a base rate (covering the costs of F1 turning up) and then a small extra fee per spectator, preferably separated by type (so that people using VIP facilities result in tracks paying a VIP premium, people in grandstands/terraces yield a “typical” fee and people in general admission, who get fewer facilities, pay a bit less). I think it could raise at least as much money as the current model and result in a better balance of circuits. The best races for F1 are not always the wealthiest, as demonstrated by the fact Monaco gets a fee waiver every year and is even allowed, uniquely, to sell its own trackside advertising to supplement its income.
@Alianora-la-canta

The Osterreichring held its first world championship race on this day 45 years ago. Jacky Ickx led a one-two for Ferrari. Home favourite Jochen Rindt took pole position for what turned out to be his last start – his Lotus engine failed during the race.

Here’s the start of the grand prix: