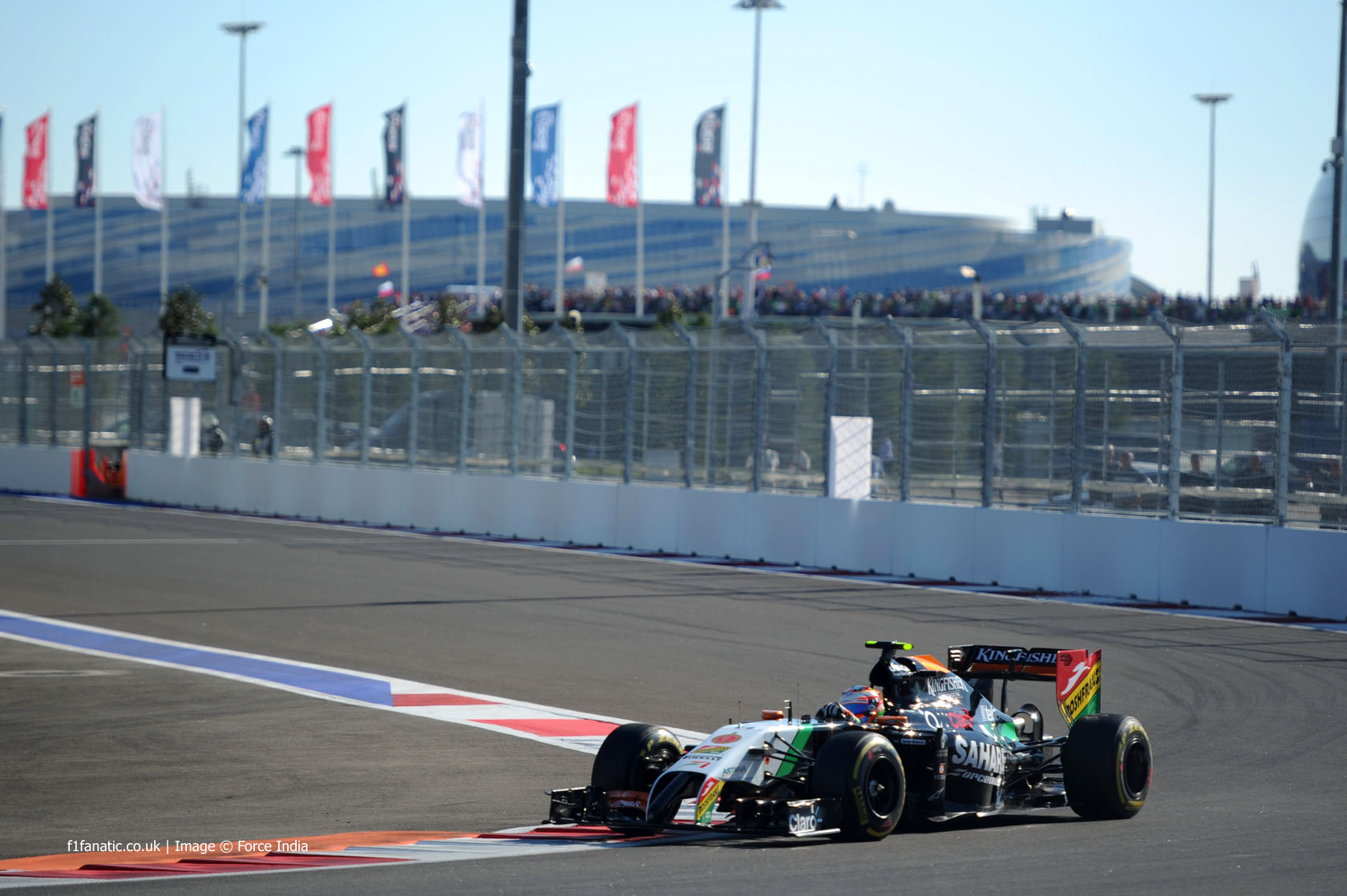 In the round-up: Bernie Ecclestone says the Russian Grand Prix will become a night race in the near future.

Bernie Ecclestone unsure over future of Italian GP: 'I have no idea, they've got a contract all they have to do is find a pen' (Daily Mail)

"Ecclestone also revealed that the Russian Grand Prix, which will take place in May for the first time next season to coincide with a national holiday, could host its first night race within two years."

"Lewis Hamilton has denied he was responsible for posting a video of himself firing an automatic weapon on Instagram, that attracted considerable criticism."

Ecclestone: "I think they’ve been in problems for quite a while. So this is a good place for somebody to start an action."

"McLaren racing director Eric Boullier said that his outfit had been reassured about the situation, and was comfortable that a theory the issue was related to a car part touching the tyre meant it was something unique to Mercedes."

"Maybe live feeds, which some teams have now of their different parts of the cars may have been useful."

"When I completed the lap, I thought it was good and then I was told P17 and a second behind the car in front, which was a massive surprise. I didn't expect to be that far off."

"The contents of any agreement between the parties are confidential, but as is standard in any competitive contract, or supply contract, there’s obligation from both sides. Those obligations are quite clear between the two parties."

Felipe Nasr Q&A: I have to take advantage of all the bad starts (F1)

"Somehow I am pretty confident we can move up some places."

Fernando Alonso had a chat in Red Bull with his old engineer. Prob social, but a Red Bull Mercedes wd be a good car! pic.twitter.com/URjIrzNlZF

#F1 This is how a rear tyre suffers through Eau Rouge. #AMuS @pirellisport pic.twitter.com/cnZz7HhQXX

Would you look who it is?!? SO great to have our former driver @realTimoGlock paying a visit. VERY fond memories. pic.twitter.com/PNCYW3kzqw While some feel F1 is still too slow, for others the spectacle of Spa hasn’t failed to impress:

Did you see that shot of Bottas coming up over Eau Rouge? The speed was simply gob-smacking.

It looked like it was on fast forward, but it was real-time. Even the commentators were stunned. No doubt all the other top drivers were the same. No way on earth you could call that slow, the Williams was nearly airborne, despite all the downforce. Simply stunning speed.
Narikin

Former F1 driver Giorgio Pantano suffered a cruel fate in the GP2 race at Valencia on this day in 2008 – he ran out of fuel on the final lap. Title rival Bruno Senna also suffered the same fate and Vitaly Petrov capitalised by taking the win: