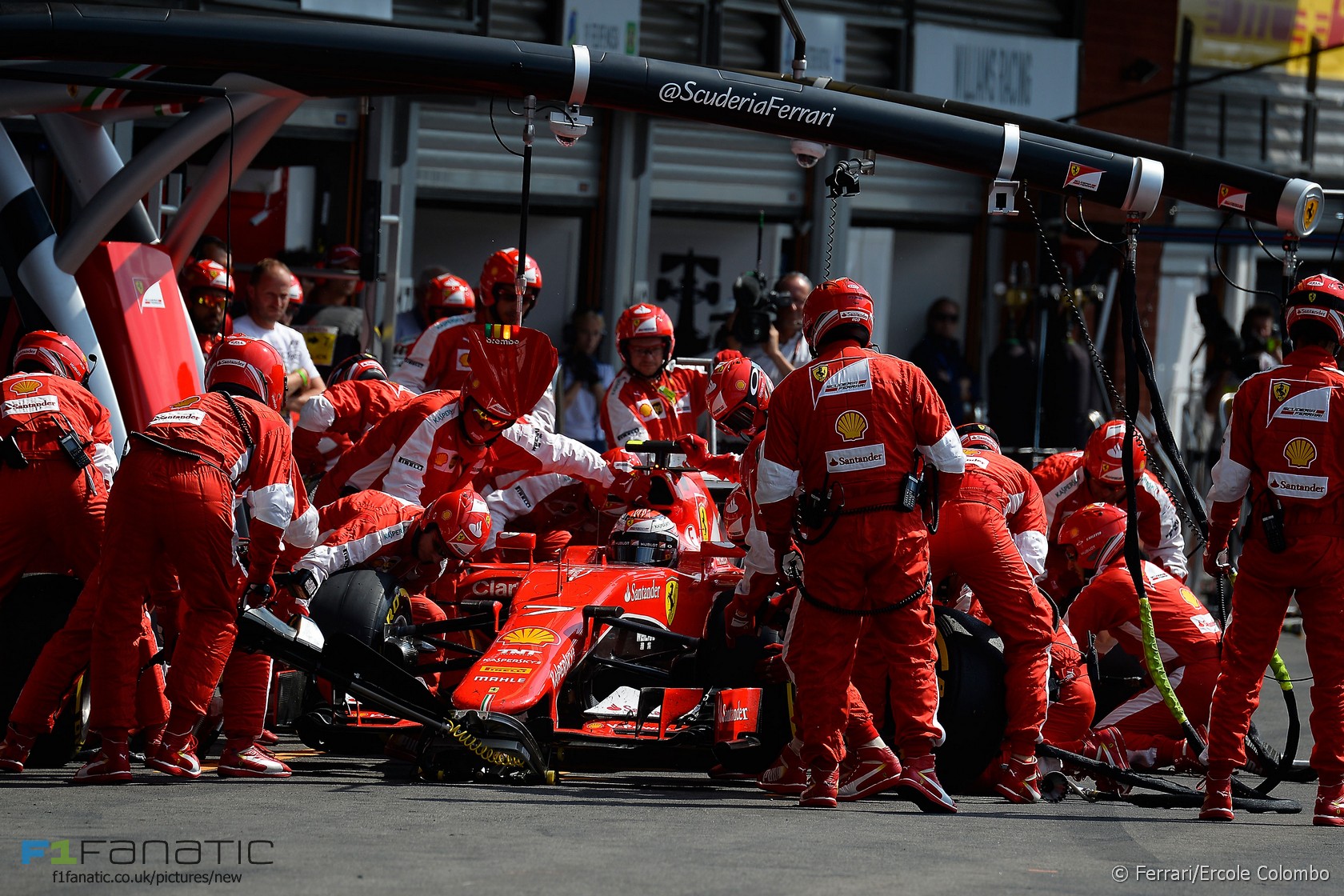 Sebastian Vettel’s lap times prior to his tyre blow-out gave little indication that he was in serious trouble with his rubber.

Vettel was attempting to complete the race without making a second stop for tyres and was on his 27th lap on the same set when his left-rear tyre failed without warning.

The Ferrari driver’s best lap of the race was a 1’55.316. He lapped within a second of that through his entire stint on the medium tyres,with the exception of the Virtual Safety Car period and lap 39, three laps before his tyre collapsed at the exit of Raidillon.

After the race an angry Vettel defended Ferrari’s strategy and said it was “unacceptable” the tyre failed. Pirelli claimed the tyre blew due to excess wear.