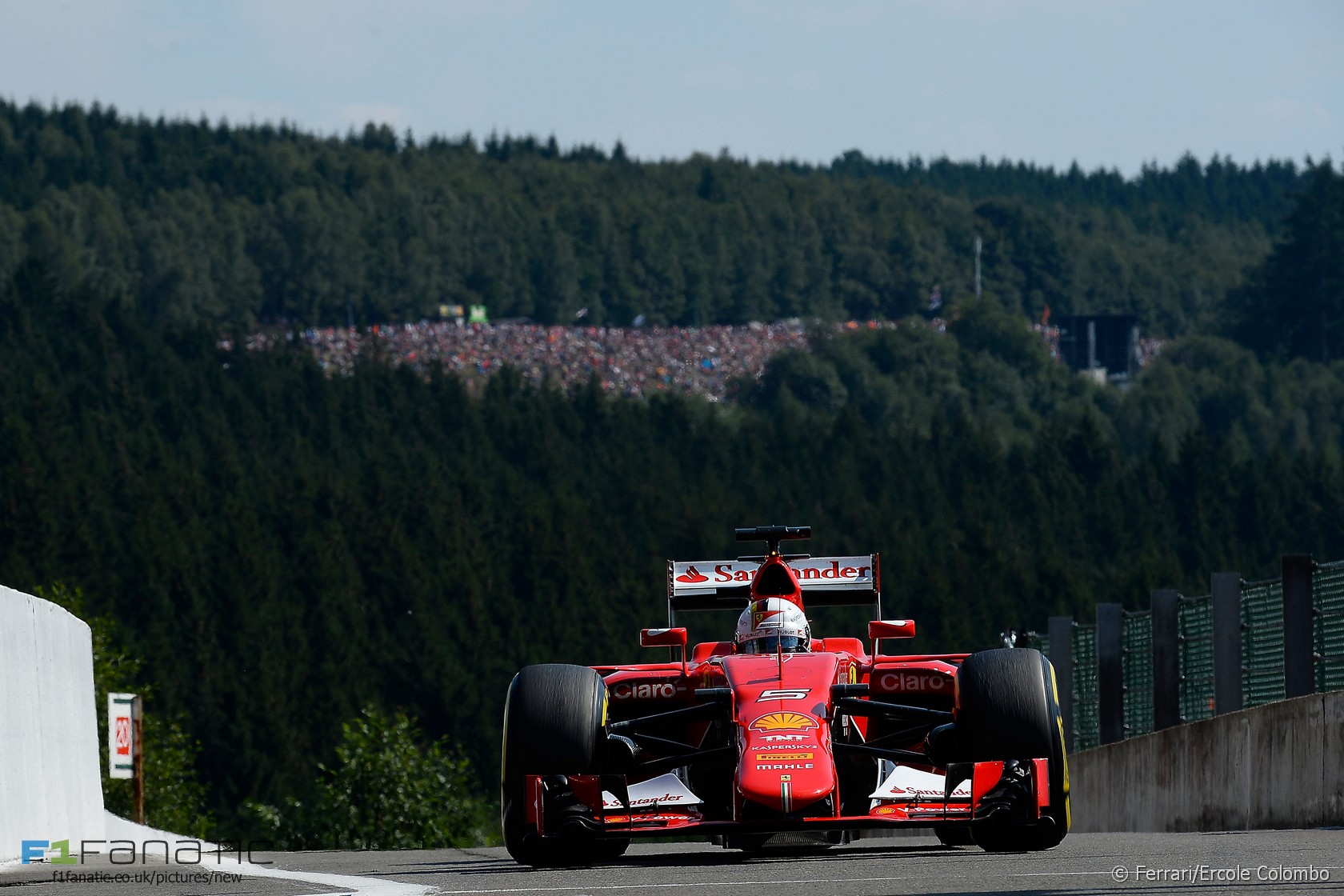 A furious Sebastian Vettel said his tyre blow-out at the end of the Belgian Grand Prix was “unacceptable” and that not enough has been done to prevent the problem.

Vettel, who had queried Ferrari’s decision to run a long stint at the end of the race, said he had been happy to stay out on his final set of tyres. “How many laps I was missing? Not many,” he said when speaking to reporters after the race.

“Things like that are not allowed to happen, full stop. If it happens 200 metres earlier I’m not standing here now I’m doing 300 stuck in Eau Rouge.”

“I don’t know what else needs to happen,” Vettel added.

“What’s upsetting is one thing the result: this is racing, for sure we deserved to finish on the podium. But the other thing as I said is if this happens earlier I don’t… I think it’s the sort of theme that keeps going around, nobody’s mentioning, but it’s unacceptable.”

Drivers had raised concerns following Nico Rosberg’s blow-out on Friday, but Vettel said the response had been the “same as every time”.

“Same with me I didn’t go off the track it’s just out of the blue, the tyre explodes.”

Vettel said the drivers will “need to speak to each other” again following the latest blow-out. “It’s probably not as bad as it was in Silverstone some years ago, but it’s not acceptable.”

A series of tyre failures disrupted the British Grand Prix in 2013, and similar incidents occurred in later races, including in South Korea.