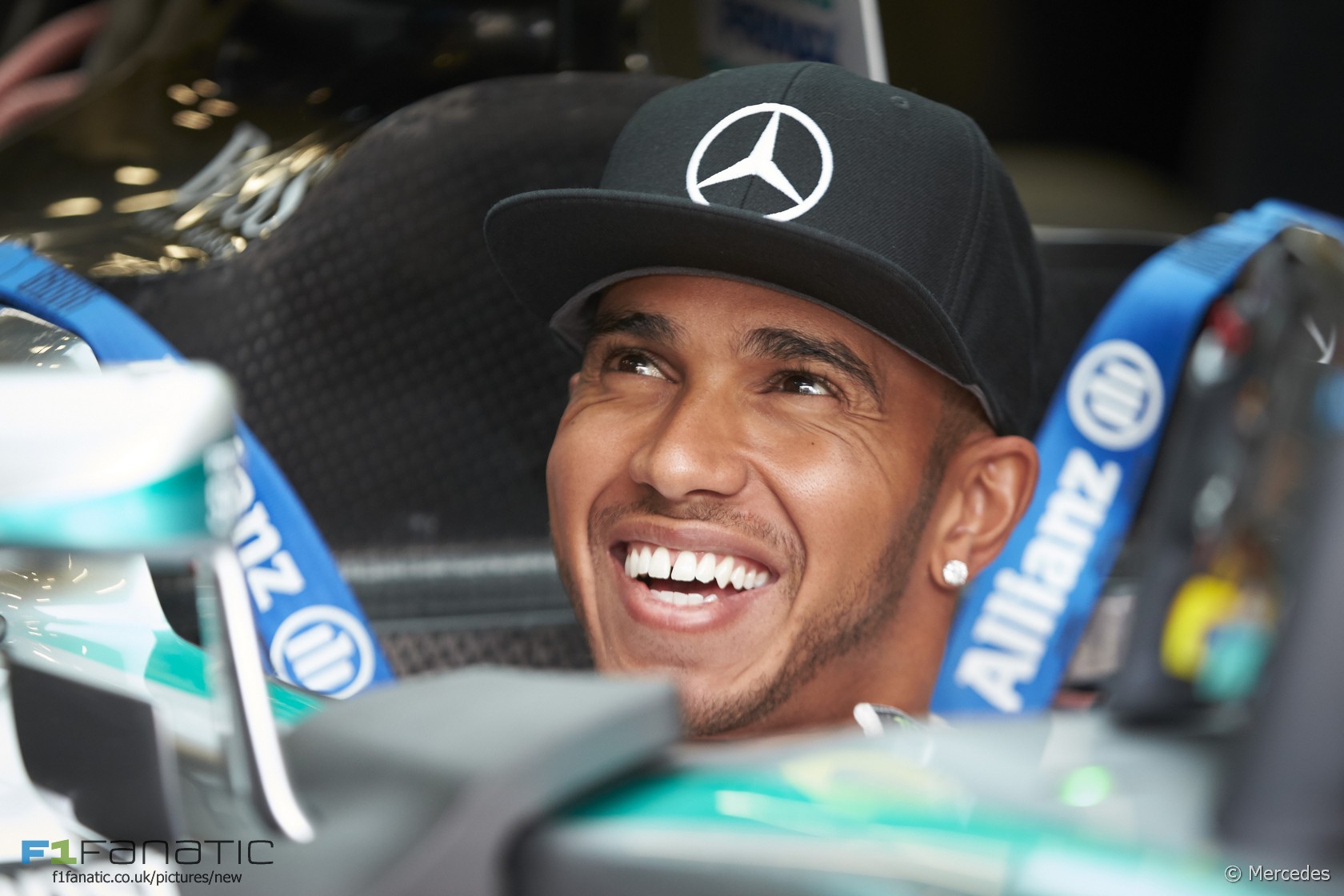 Lewis Hamilton’s victory in the Belgian Grand Prix means he has now taken as may podium finishes as his hero Ayrton Senna. Hamilton racked up 80 podiums in 159 starts – it took Senna 158 races to achieve as many.

Only one driver on the grid today has more podiums than Hamilton: Fernando Alonso, with 97. Further ahead of them on the ‘most podiums’ list are Alain Prost (106) and Michael Schumacher (155).

Hamilton’s tenth pole position of the year means he has won the FIA Pole Position Trophy with eight rounds to spare – not that it means much to him. For the first time in his career he took pole for the sixth race in a row, something no one else on the grid has managed.

If Hamilton takes pole at the next two races he will equal the all-time record of eight, set by Senna. Prost and Schumacher also managed streaks of seven in a row – Schumacher was the last driver to take six on the trot, over the last four races of 2000 and the first four of 2001.

Vettel was closing on another record streak when his right-rear tyre failed on the penultimate lap. He had finished the previous 21 races in the points, but that run has ended six races shy of the record held by his team mate Kimi Raikkonen.

Vettel’s 150th grand prix and Ferrari’s 900th therefore ended in disappointment. Raikkonen could only manage seventh place – the lowest finishing place he has record in a Belgian Grand Prix where he was still running at the end.

However Vettel remains the only non-Mercedes driver to have finished on the rostrum more than once this year. Romain Grosjean inherited his third place, giving him and Lotus their first podium since the 2013 United States Grand Prix.

Grosjean would also have had his best starting position since the same race had he not been penalised five places on the grid for a gearbox change. Along with Hamilton, he is one of only two drivers to have out-qualified his team mate ten times this year.

Vettel’s last-lap tyre blow-out means only the Mercedes drivers have completed every racing lap this year. For the second race in a row the race distance was shortened by a lap due to an aborted start.

Force India had their best starting position of the year so far (fourth) and result (fifth) thanks to Sergio Perez.

Nico Rosberg followed Hamilton home in second place, giving Mercedes their seventh one-two of the year and 50th consecutive points score (Ferrari’s 81 is the record). He also set the fastest lap of the race, the 12th of his career, putting him level with Alberto Ascari, Jack Brabham, Rene Arnoux and Juan Pablo Montoya.

Finally McLaren set a new, unwanted record for racking up the largest grid place penalty in F1 history. After changing the power units on Jenson Button and Alonso’s cars twice each, the pair had a combined 105-place grid drop between them.

Button has the most grid position penalties so far this year, 95, followed by Alonso on 75 and Verstappen on 25.