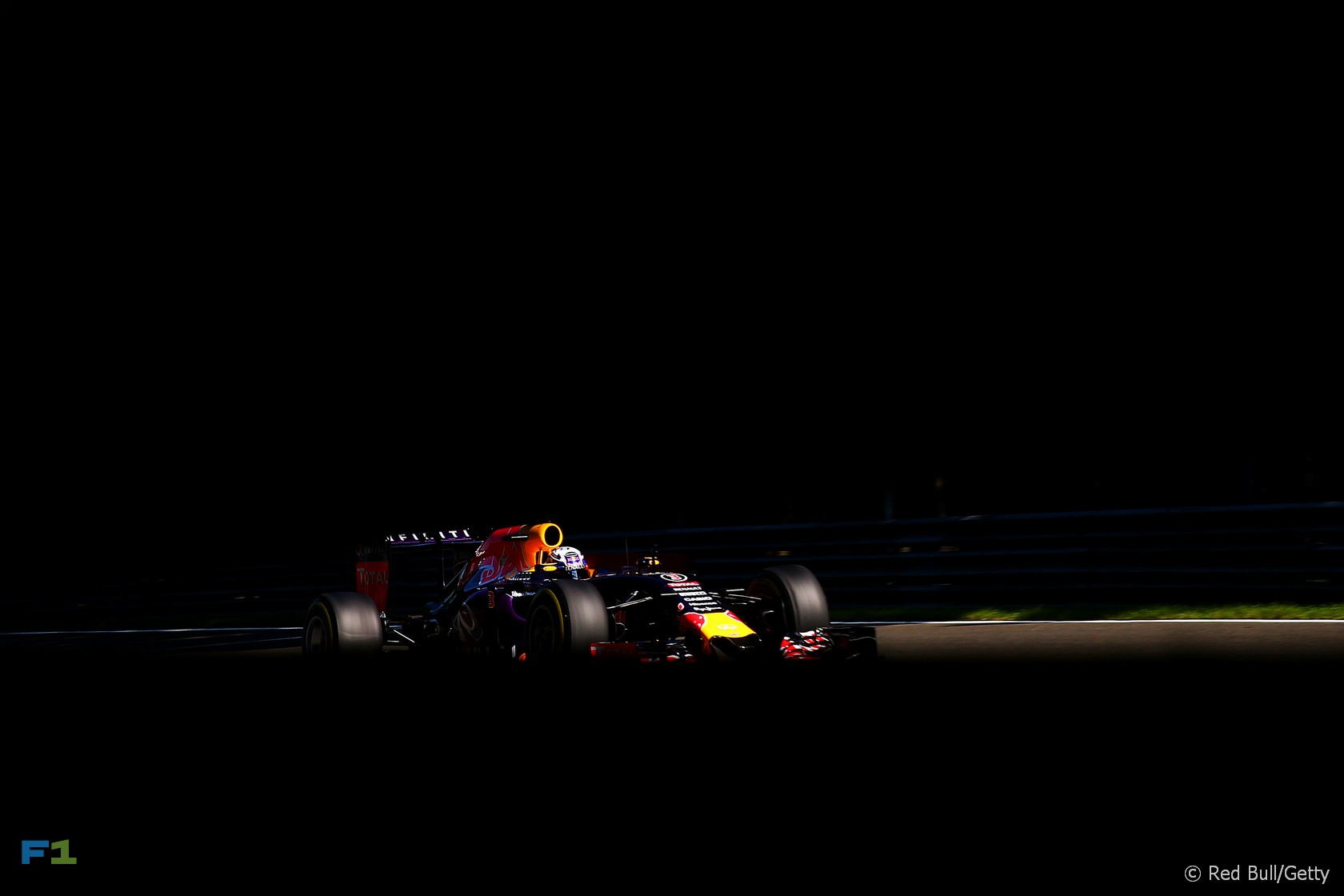 Ten of the best pictures which tell the story of the 2015 Belgian Grand Prix weekend. It wasn’t just the fans who carried Jules Bianchi in their memories at Spa – teams and drivers continued to bear messages for the driver who passed away before the Hungarian Grand Prix. Ferrari marked their 900th grand prix but it proved a frustrating event. Kimi Raikkonen was hampered by technical trouble in qualifying and finished seventh, while Sebastian Vettel’s tyre blow-out on the penultimate lap cost him a podium finish. McLaren had a new Honda hybrid motor in their cars but they remained hopelessly out-gunned at a power track like Spa. Jenson Button’s task on race day was made even more difficult by his ERS periodically cutting out. The five fastest cars in qualifying were all Mercedes-powered: Daniel Ricciardo’s Red Bull was next. In the race a sudden loss of electrical power put him out. Valtteri Bottas kicks up sparks as he ascends Eau Rouge. Despite starting on the back row of the grid the McLaren pair got away well, leading Max Verstappen, Felipe Nasr, Will Stevens, Kimi Raikkonen and Roberto Merhi up the hill from Eau Rouge. Sergio Perez wrested the lead of the race from Lewis Hamilton on lap one, but only for a few metres. Despite being bumped back from fourth on the grid to ninth by a gearbox change penalty, Romain Grosjean fought back and inherited the final podium position when Vettel dropped out. The champagne may never have tasted sweeter for Romain Grosjean: Not only was this his and Lotus’s first podium for more than a year, it came on a weekend when bailiffs arrived at the teams following a financial dispute with former driver Charles Pic.