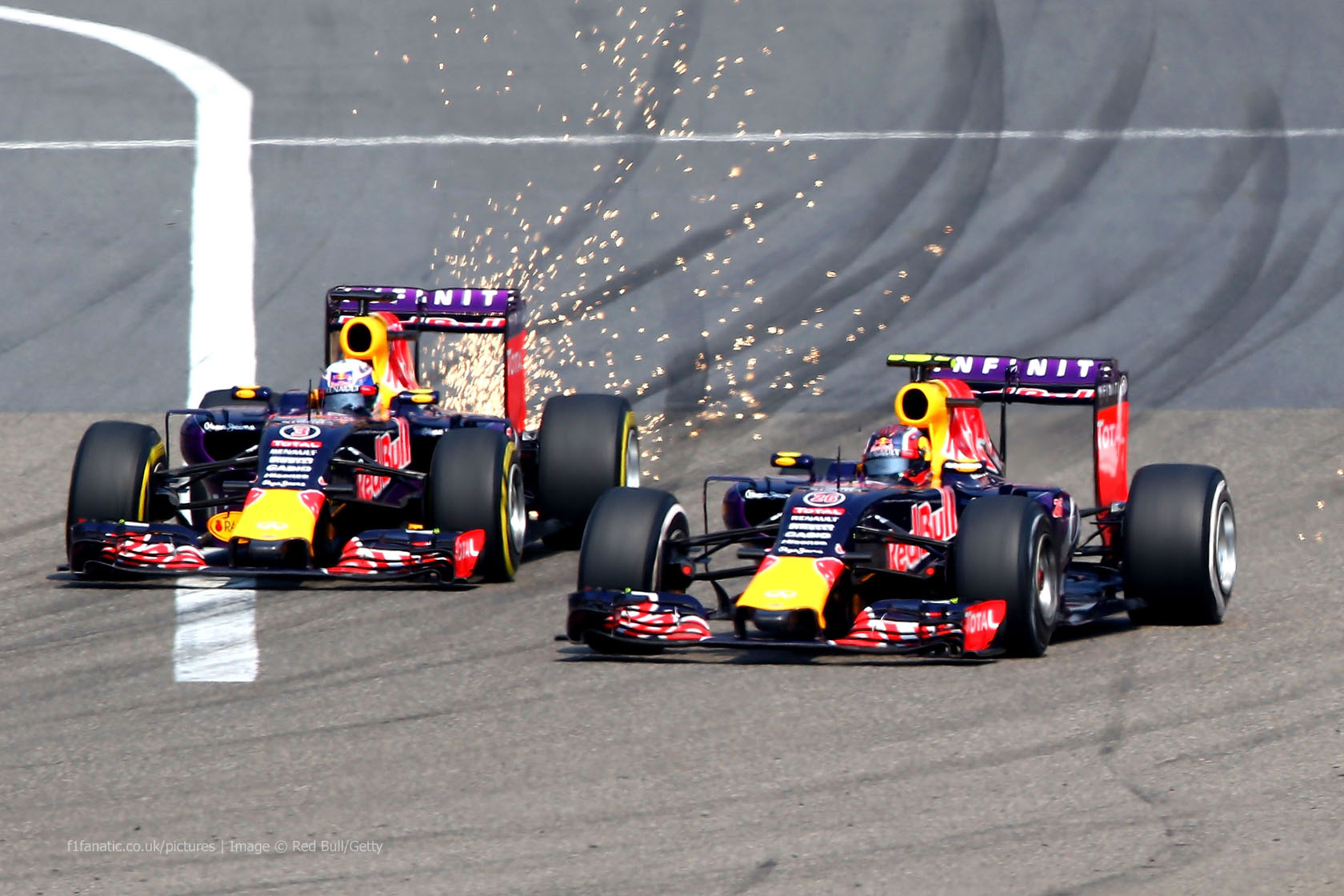 "'I don't see any reason to change (the driver line-up),' Horner said. 'We don't have to be in any rush to make a decision but both the drivers are on long term contracts and it's a successful partnership.'"

"Inevitably there is going to be a concertina effect but that is probably a year away and it is good to keep all the drivers honest."

"We have under 400 people - and I am sure that I don’t have to double the workforce if I want to go further up the grid."

"We're one of the 10 drivers they have, but I don't think anyone really knows where they're at."

"Although Kimi hates Ron with a passion, I always got on OK with him, and I was thinking of signing him again after he'd been pushed out of Ferrari at the end of '09."

"The food was destroyed by officials in the Pskov region, about 450 miles north-west of Moscow. It was being delivered for the BMW team in a German-based series of circuit races called DTM, whose Moscow stage starts on Friday."

Walk The Line (The Buxton Blog)

"What we saw through qualifying and repeatedly during the race was drivers seemingly cutting that very corner. Why, then, was nobody penalised?"

Is there a comp for best fan mail ever? If so, we'd like to enter this one. Thanks Becky from Scotland. WE LOVE THIS! pic.twitter.com/PvUHTPMmOb

There's only one way to get to @RaceSonoma & that's over the Golden Gate Bridge! #BadAssWilson #IndyCar #RaceSonoma pic.twitter.com/zKj3IwB1F6 It isn’t just Jenson Button who’s getting into Rallycross:

I love the concept of Rallycross! Went to Knockhill years ago to see an event and the highlight (apart from Jet Pack Man!) was the rally cross race, we were watching at the bit where they left the asphalt to hit the dirt. It wasn’t even the top billed race that day but it was great!

Then I found out about the FIA world series which just started in 2014. I’m subscribed to their YouTube channel to see all the highlights as well as the Facebook page for the gossip and chat.

The way they organise race weekends is perfect for a casual viewer to dip in and out of with short bursts of racing, and will work brilliantly in the recent Dirt video game which has a new Rallycross add-on that I can’t wait to try.
@Calum He took the title with his 11th win of the year at Zandvoort. He rounded off the season by winning all of the remaining races for a total of 15 wins – which would have been 16 had he not lost one due to a technical infringement:

77 comments on “Horner expects to keep Ricciardo and Kvyat”