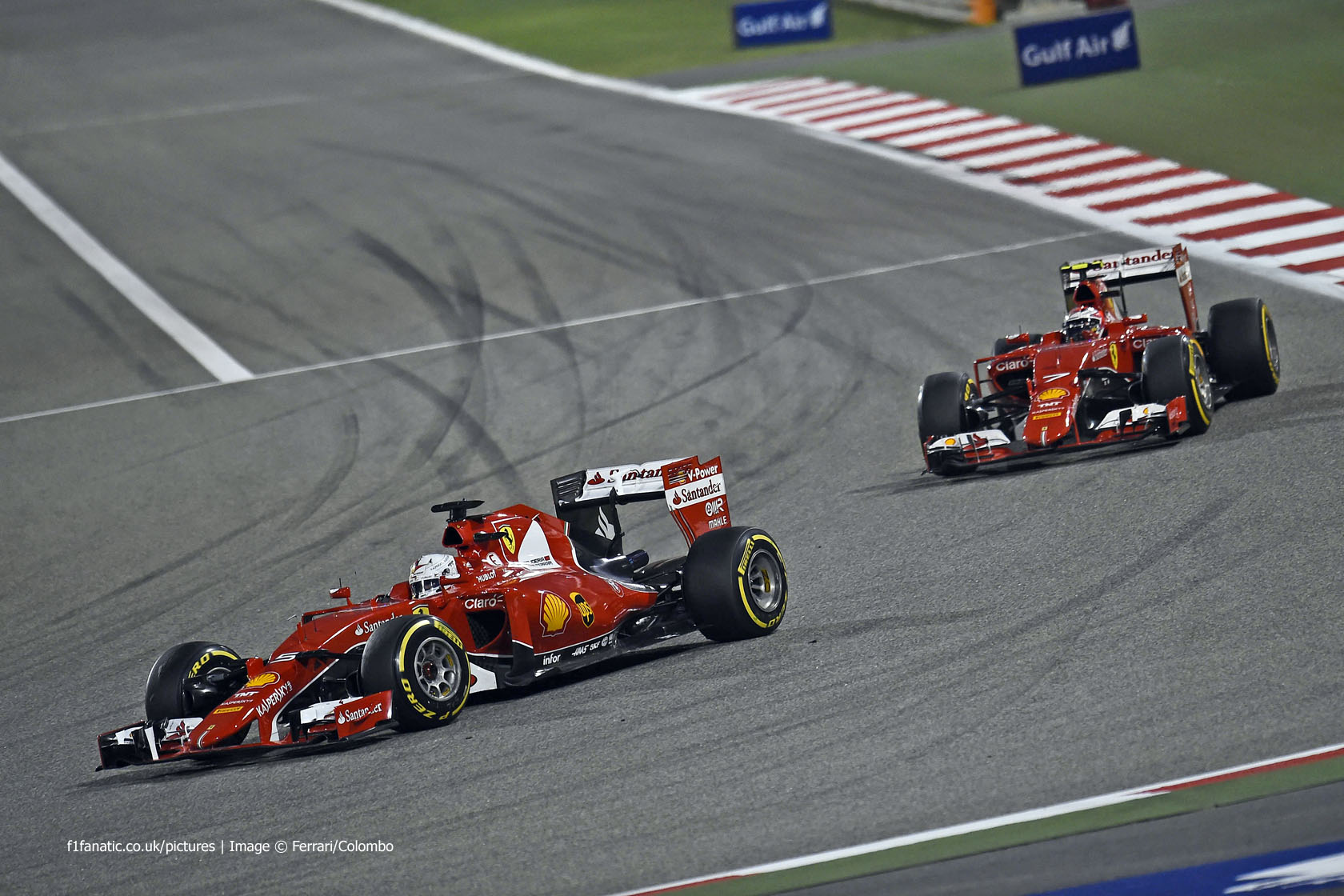 In the round-up: Sebastian Vettel says Ferrari should bring an example of each of their upgrades for both their drivers at least until only one of them is able to win the championship.

"Recent rumours suggested Ferrari was poised to pull the plug on the academy, but team boss Maurizio Arrivabene described this suggestion as 'bullshit'."

"The words of Vettel about Pirelli were very harsh, but then Pirelli’s spokesman said he did not blame him – said he could say what he wanted – but if I was the chief (of Pirelli) I’d say to Mr. Vettel that he’d have to offer an apology for his words after the race."

Kevin Magnussen: "I hope that if everything for some reason falls through and I don’t get a Formula One drive, then I would wish to go and do something else like Le Mans or DTM or IndyCar, but I’m not focused on it right now."

"The (Le Mans-winning) Porsche, nicknamed ‘Heidi’, was on display in the Nurburgring’s Ring Boulevard, in exactly the same state it finished the 24-hour race in June."

Then and now, Father and son, JB and JB…. With lots of pressure on McLaren’s driver line-up, something’s got to give, and it could be Kevin Magnussen:

Magnussen seems to be a in very unenviable position. There’s Alonso, who’s obviously staying. Button is good enough to stay. Vandoorne is far, far too good to not have a race seat somewhere next year and I think McLaren would pick him ahead of Magnussen.

And the midfield teams, once a haven for drivers ditched from top teams, can’t afford to take drivers without a big pile of money.

I would love to see him given another shot and I think he deserves it, but I can’t honestly see it happening.
Neil (@Neilosjames)

On this day five years ago the organisers of the first ever South Korean Grand Prix announced their track was “90% complete”. Unfortunately the venue was not exactly 100% complete when the F1 teams arrived there a few weeks later: