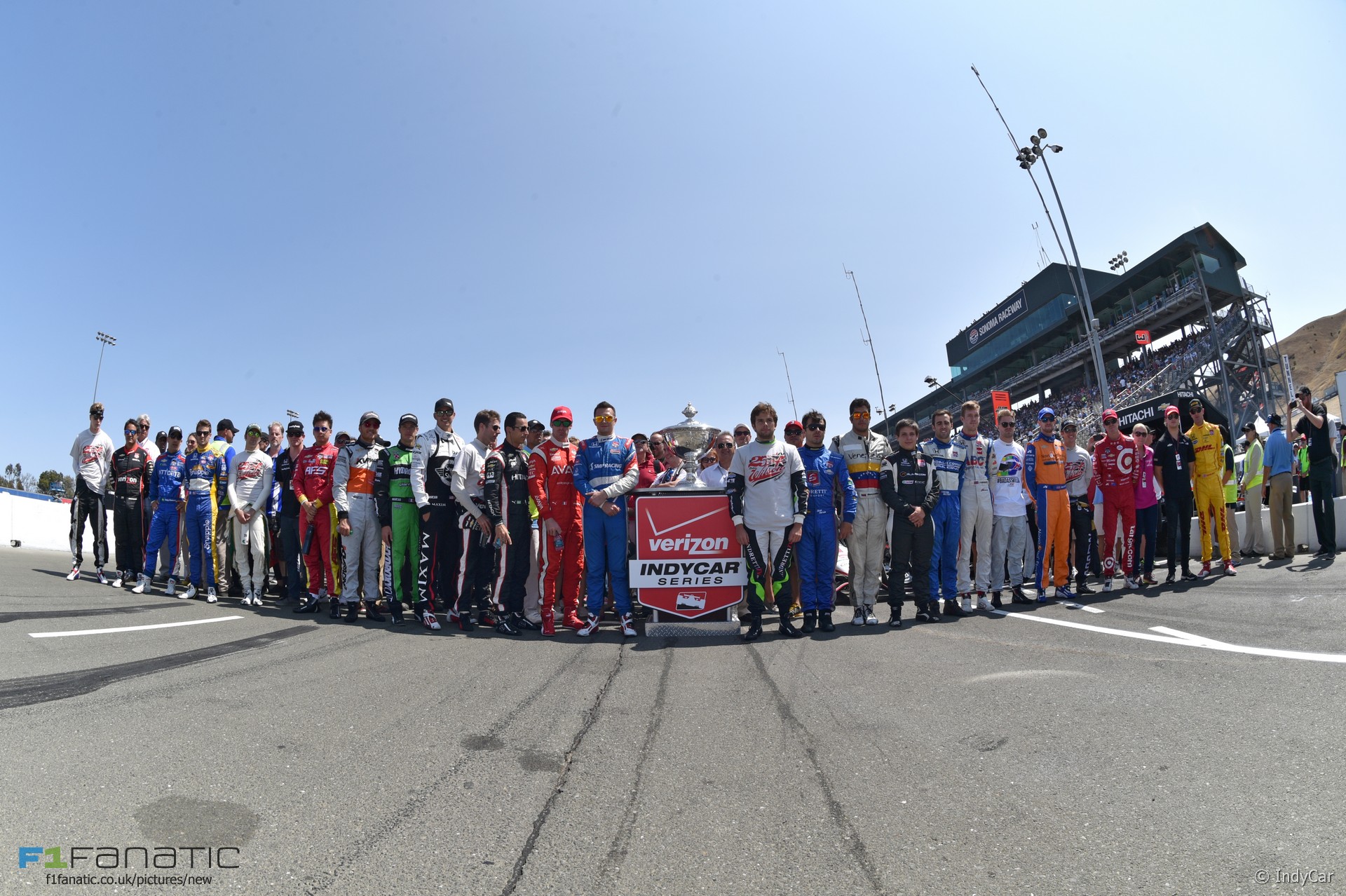 The outcome of the IndyCar championship hung in the balance until the very last lap of the season at Sonoma. However proceedings were inevitably overshadowed by the Justin Wilson’s death six days earlier.

Among the other action last weekend was the first World Endurance race since the Le Mans 24 Hours and DTM’s return to action minus the culprits of the ‘push him out’ row at the last race. Amid the excitement of a six-way championship showdown, IndyCar never lost sight of the tragedy which struck at its last race, and a series of tribute to Justin Wilson were arranged in the run-up to the event. His family even requested his car be driven by close friend Oriol Servia. Happily, the final race of the season was also a safe one.

Season-long points leader Juan Pablo Montoya arrived at Sonoma as the clear favourite with Graham Rahal his closest rival. But in a surprising outcome owed in part to IndyCar’s controversial decision to award double points for the final race, neither of them claimed the crown.

Scott Dixon entered the race 47 points behind Montoya, which would ordinarily have been a long shot in a championship where a win is normally worth 50 points. But with 100 up for grabs Dixon’s chances became more realistic, and Will Power, Helio Castroneves and Josef Newgarden were also in with a shout.

A miserable qualifying and early pitstop for damage eliminated Castroneves from contention. Newgarden was so far behind he needed a miracle, and got the opposite: he was blocked in the pits by the only Penske driver not in contention for the title – Simon Pagenaud – and later lost over a lap when he stalled leaving the pits. Will Power led early on but – in a pivotal moment for the championship – was knocked into a spin by Montoya following an early caution period, sending both to the pits for repairs.

This cleared the path for Dixon to take a commanding lead and win, with Montoya needing fifth or higher to deny Dixon a fourth title. In the closing laps he stormed through the field – aided by incidents ahead including a dramatic late tangle between Bourdais and Rahal – but ended the race sixth.

That meant for the second time in his career Montoya ended an IndyCar season tied with a rival on top of the points standings. But while in 1999 he had won the title by winning more races than Dario Franchitti, this time Dixon’s greater haul of wins secured him the title – his fourth.

Porsche and Audi commanded the front of the field on home territory, and Le Mans winners Porsche prevailed with a one-two finish. This time the number 17 car of Timo Bernhard, Brendhon Hartley and Mark Webber shared the spoils – the latter taking his first World Endurance Championship victory at the track where he claimed his maiden F1 triumph six years ago.

The number 18 Porsche of Marc Lieb, Romain Dumas and Neel Jani was delayed by a total of 95 seconds of penalties for excessive fuel consumption after a fuel flow sensor failed. The sister car also had problems, including a long early pit stop to replace their front bodywork, but both finished clear of the pursuing Audis.

Andre Lotterer, Marcel Fassler and Benoit Truluyer retain the points lead after bringing their Audi R18 Etron Quattro home on the podium for the fourth time in as many races.

Next race: Circuit of the Americas, United States (19th September)

In the first DTM race since the ‘Push him out’ row – which resulted in bans for driver Timo Scheider and team boss Wolfgang Ulrich – Mercedes and Audi shared the spoils.

Pascal Wehrlein won the opening race on Saturday to undo some of the damage done by Scheider’s move in Austria as championship leader Ekstrom retired, while Mike Rockenfeller won his first race for two years with victory in the second race on Sunday.

What other four-wheeled racing action did you sample over the weekend? Did you watch any of these races? Let us know in the comments.

Next weekend is the final European race of the season for Formula One at Monza, where GP2 and GP3 will support as usual. There’s loads more racing going on as well with World Rallycross, Euroformula Open, Auto GP, BTCC, NASCAR and Formula Renault 3.5 in action.